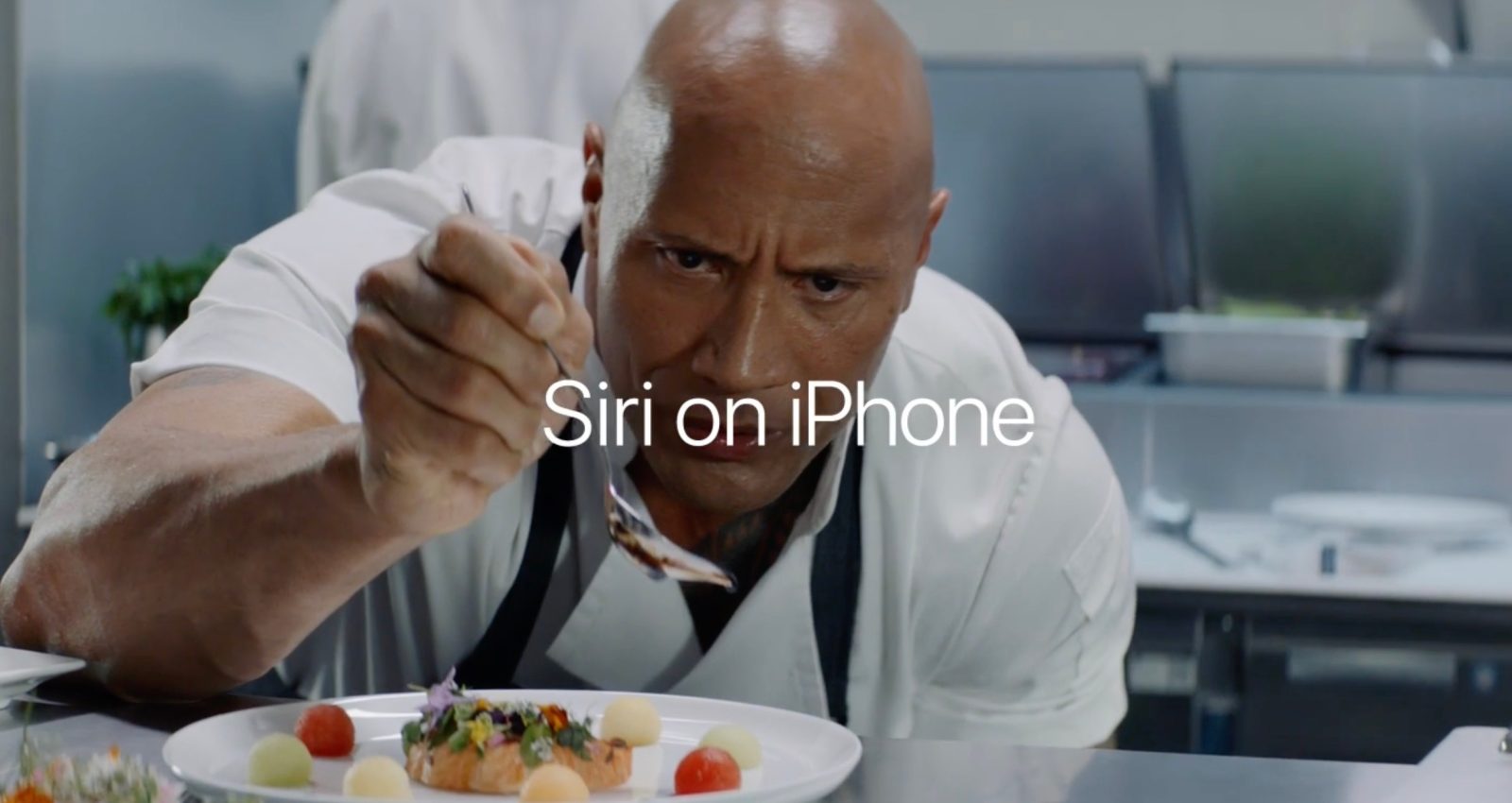 Last month, Apple partnered with Dwayne “The Rock” Johnson for an extended advertisement highlighting Siri. The ad was called “Dominate the Day” and showcased using Siri at various points to speed up basic tasks.

Today, Apple has uploaded a series of shorter advertisements from its partnership with The Rock…

The new ads are essentially smaller, chopped up video from the larger ad. These new ads, however, will likely be deployed across social media networks and aired on television where time is more constrained.

The new ads each highlight a specific Siri command. For instance, the first one focuses on using Siri to take a selfie:

The second shows off using Siri to quickly set a Reminder so you can continue dominating the day:

The Rock only has one thing on his mind—it starts with a ‘D’ and rhymes with ‘ominate.’ Good thing he has Siri by his side.

All three new advertisements can be watched below. The full 3 minute and 45 second film can be viewed in its entirety right here.