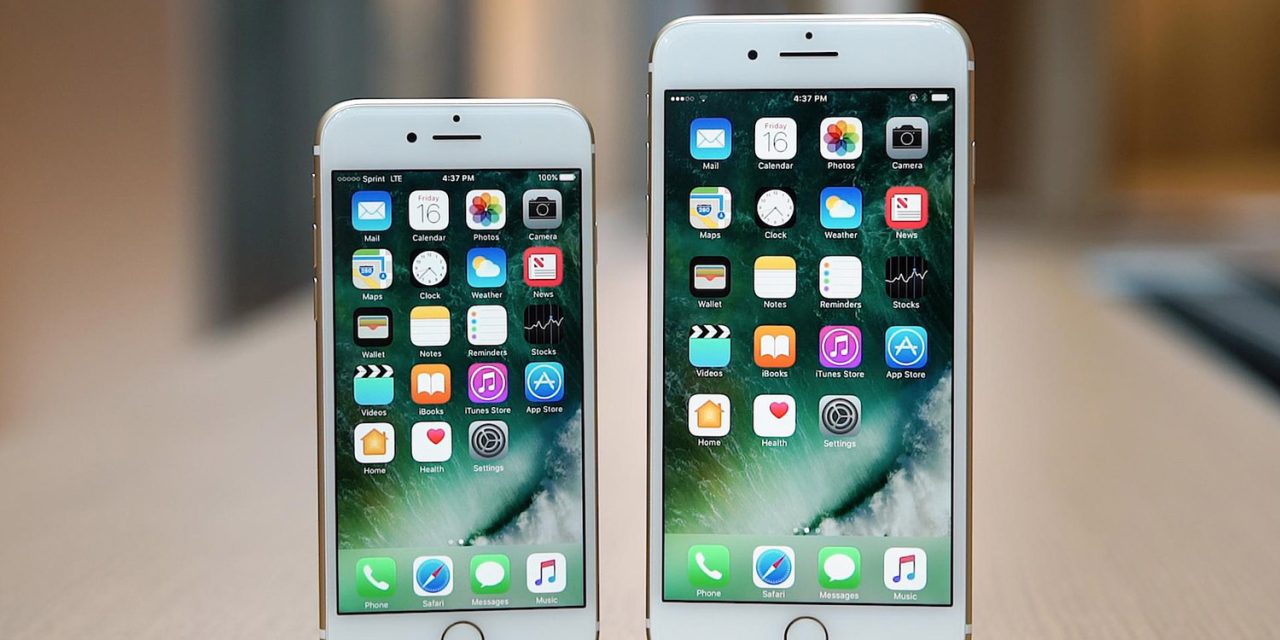 Apple saw its share of the U.S. smartphone market hit 34% in the three months ending in May, reports Kantar – up 4.7 points on the same quarter last year.

However, Apple was knocked out of the #1 slot by Samsung, which saw its own market share rise from 32.9% to 36.2% quarterly, though still down year-on-year …

The news isn’t unexpected at that point in the year, thanks to launch sales of Samsung’s latest flagship phone, the Galaxy S8. However, Kantar said this had less impact than expected.

The Galaxy S8 launch helped Samsung regain the top position in the USA, but the bounce from the flagship launch was less than would be expected from a full product redesign.

The two companies between them take all of the top 10 slots on the U.S. smartphone best-sellers list. Apple continues to lead the charts, with the iPhone 7 and 7 Plus sitting at #1 and #2, while last year’s Samsung S7 at #3 is ahead of the later S8 in the #4 slot.

Apple’s market share was flat in other major markets, down 0.4% in urban China and up 0.2% in Europe.

A detailed breakdown can be seen below.

Apple will of course see peak sales in the latter half of the year following the launch of its new iPhones in September. 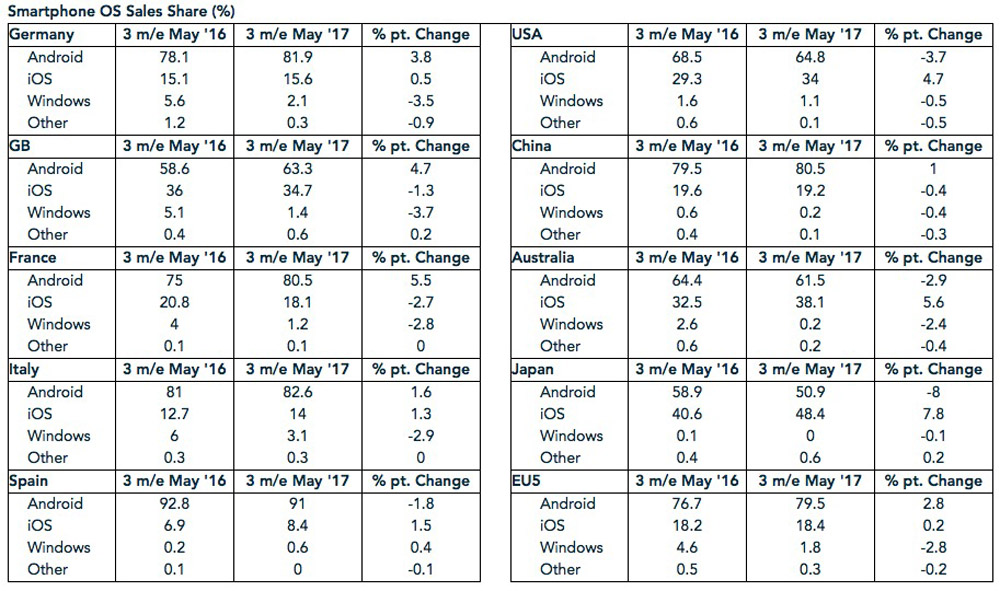