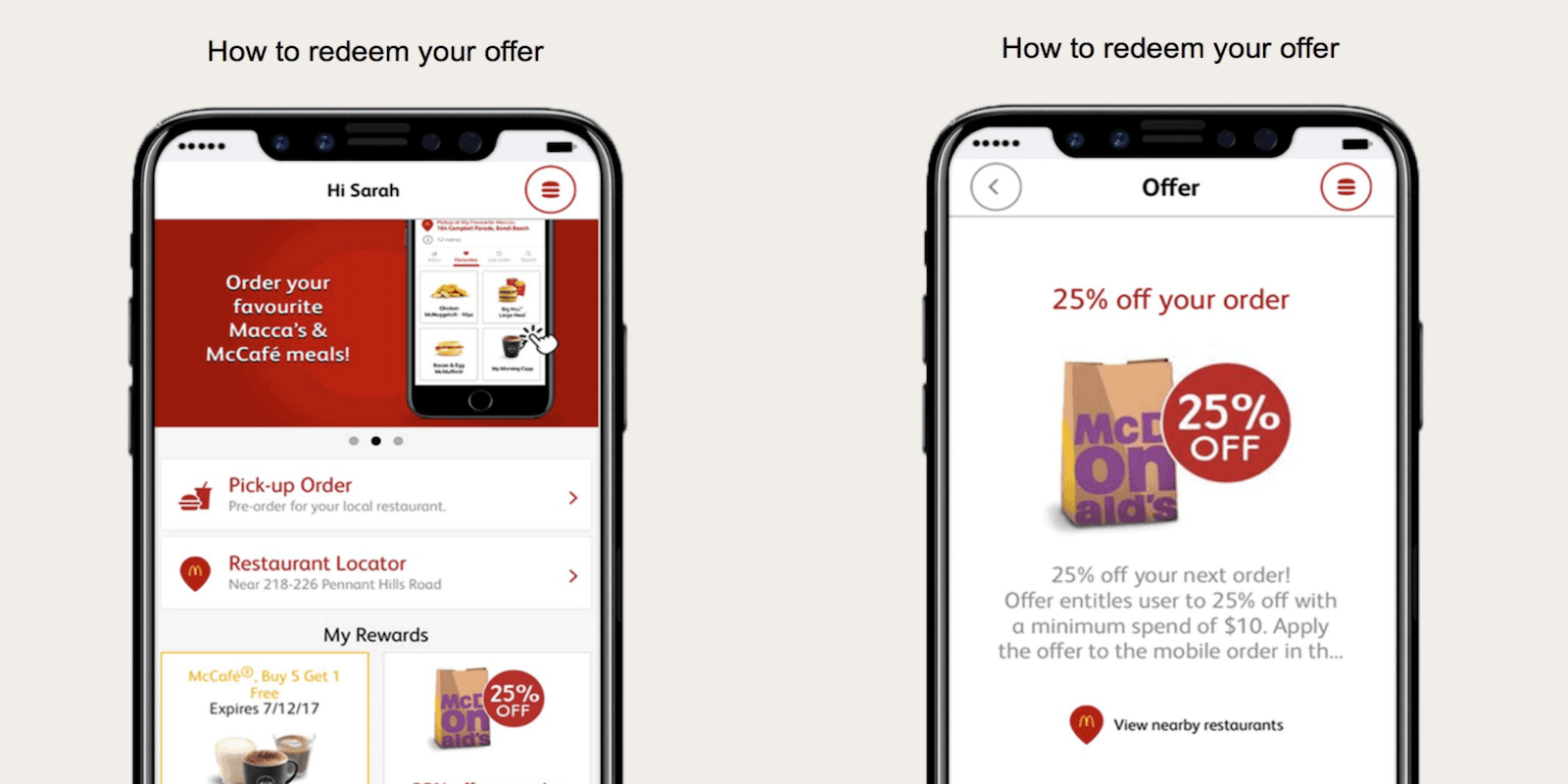 McDonald’s is getting some attention today for using an iPhone 8 mockup to display screenshots of the company’s mobile app in a new promo email being sent to customers in Australia. The ad is using an unofficial rendering based on leaks and comes ahead of an official unveiling of the device by Apple expected next month.

The promo email, as shared by users on Twitter, is attempting to promote the McDonald’s app’s mobile ordering features with a 25% offer. Of note, the iPhone 8 mock up used in the ad was created by Benjamin Geskin and first circulated online back in May as one possibility for how Apple might address its new edge to edge display.

The mockup imagines a new layout for the device’s earpiece, camera, and sensors on the front based on part leaks, but more importantly an accompanying user interface design that wraps around them to make the most of the increased screen real estate along the top edge of the display.

While there are no specific hints from Apple as of yet on what they are officially planning, other concepts have imagined how both Apple and app designers might make the most of the new design. The theory is that Apple’s new positioning of the sensors and other components will require a tweaked layout of the status bar along the top of the screen that houses icons for things like cellular and WiFi signal strength, battery life and more .

It’s unclear if the McDonald’s promo is an honest mistake in an attempt to use a generic-looking but modern smartphone rendering for its promo, or rather an attempt to create buzz by specifically using a popular iPhone 8 mockup based on part leaks. We confirmed McDonald’s didn’t reach out to the creator of the mockup to specifically ask permission to use it.