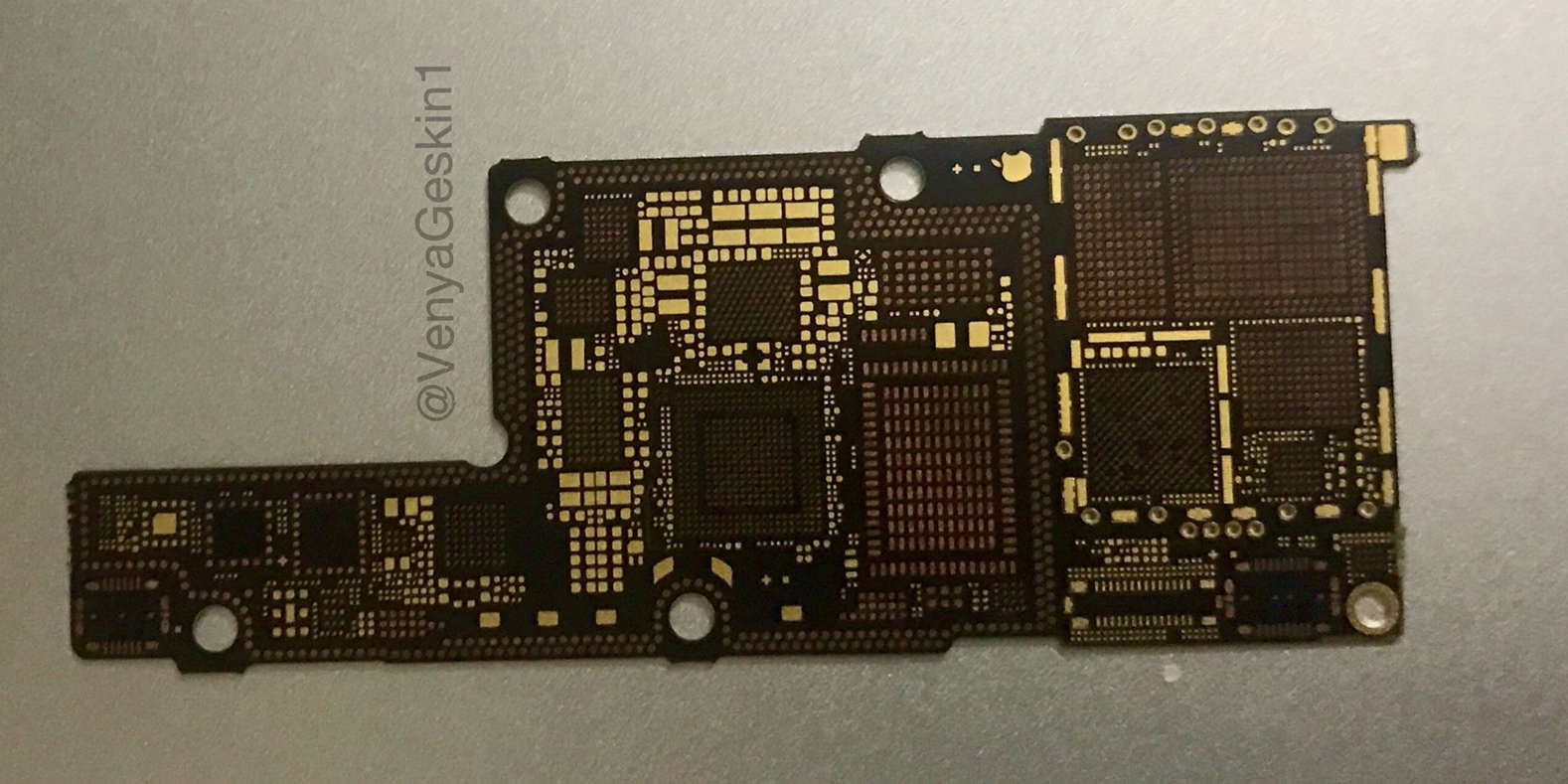 Macotakara is the latest publication to report on the inclusion of wireless charging in the iPhone 8, set to be announced next month. The Japanese site notes that Apple has opted to use the slower standard charging profile, which means the inductive charging will run at 7.5W, about half the speed of the latest Qi 1.2 standards.

The unnamed sources also note that Apple may require MFI licenses for third-party charging pads, which would mean existing Qi charging accessories would be unsupported …

Previous reports have suggested that the wireless charging functionality may not be enabled at a software level when the new phones ship.

The inductive charging feature would instead be enabled in a future software update. Wireless charging will be a flagship feature on all of the new 2017 iPhones; the ‘7s’ models and the radically-redesigned OLED iPhone 8 (unofficial naming).

We have also seen a purported photo of the iPhone 8 printed circuit board, via Venya Geskin.

KGI reported that Apple will use a cutting-edge L-shaped stacked board design back in February, and these latest leaks corroborate those claims. 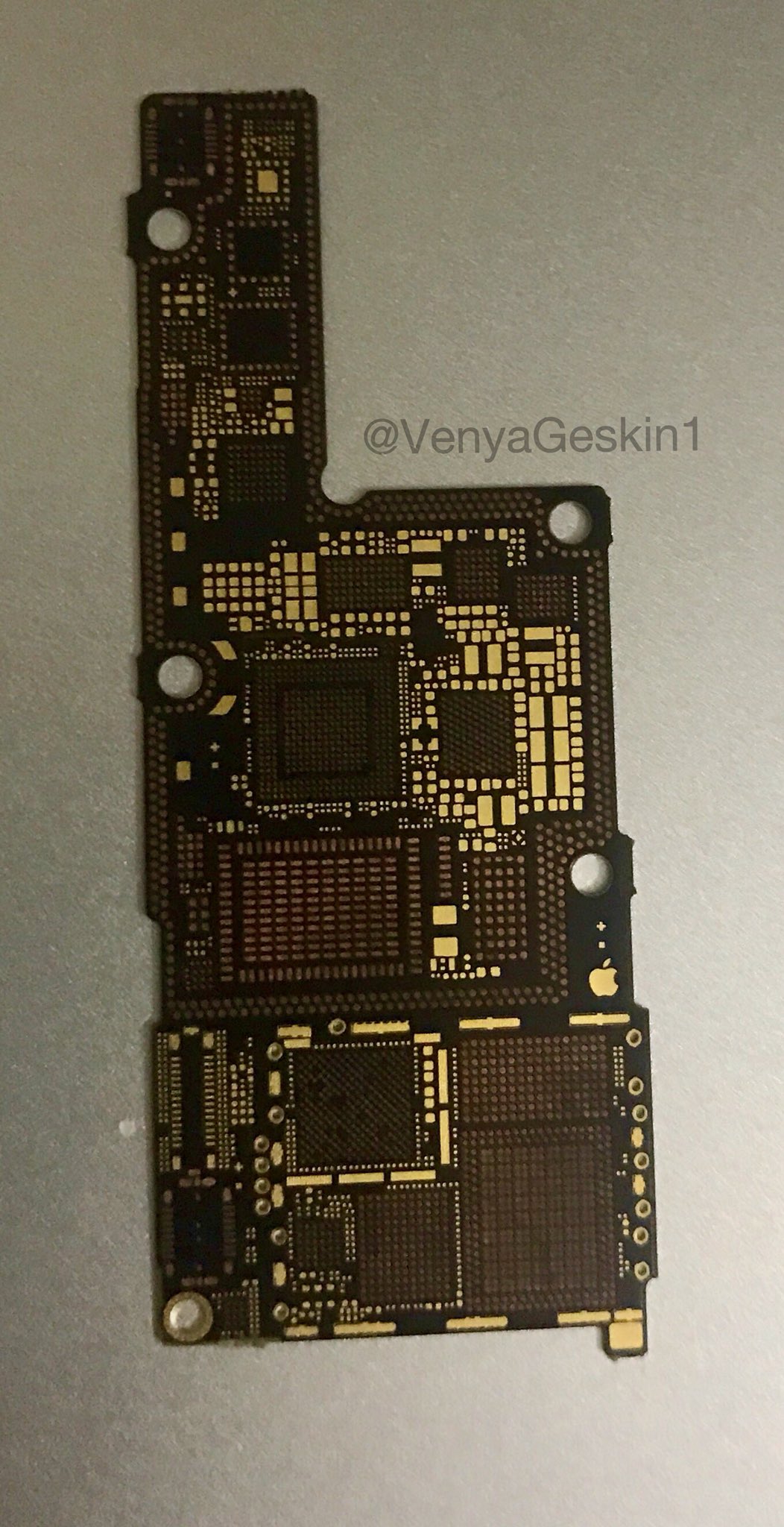 The 3D circuitry is a first for the iPhone and enables Apple to pack more functionality into a smaller space, making room for a larger battery. The photograph is believed to depict one of the 2 PCB layers.

Increasing battery capacity is a crucial element of the new iPhone’s design which features a 5.8-inch OLED screen into the same physical space into a chassis only slightly larger than the current 4.7-inch iPhone 7.

We’ll know for sure very soon. Apple’s September event is rumored to take place within the next three weeks, although an exact date is unclear.

Apple will announce the iPhone 8, iterative updates to the iPhone 7 and 7 Plus, a new cellular Apple Watch generation and a 4K-compatible Apple TV set-top box.