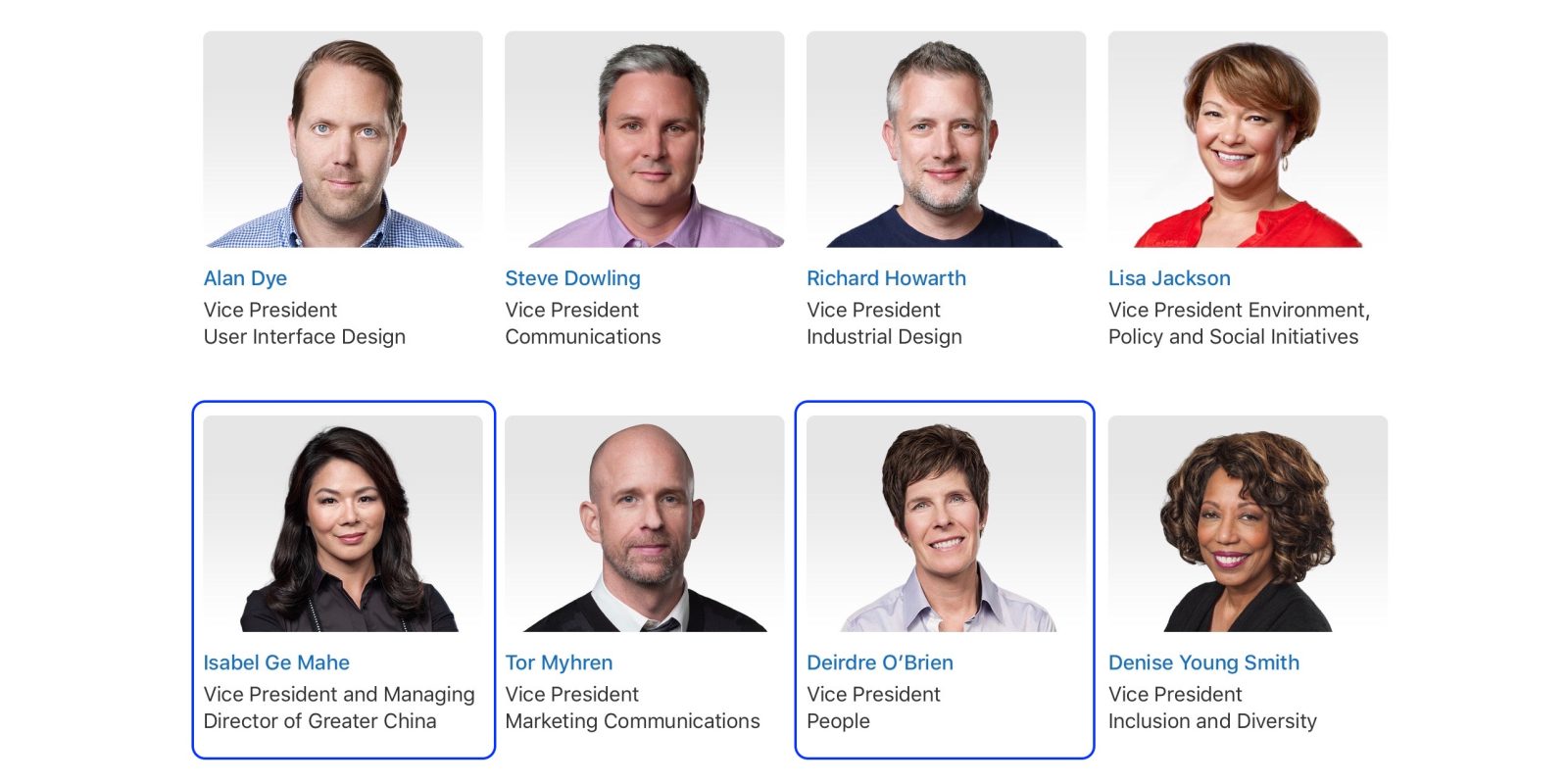 It’s the first of September and Apple’s new China and People VPs have started their new roles at the company. Both Deirdre O’Brien and Isabel Ge Mahe have joined Apple’s Leadership page for their respective roles as Vice President of People and Vice President and Managing Director of Greater China. Siri has also moved from Eddy Cue to Craig Federighi who oversees iOS and macOS.

Apple announced O’Brien’s promotion to VP of People back in July. The newly created position oversees both Apple HR and Apple University, the company’s learning program. Ge Mahe’s promotion to VP and Managing Director of Greater China was also first announced in July, making her the point person for China activity, reporting to CEO Tim Cook and COO Jeff Williams.

O’Brien also reports directly to Tim Cook, although we heard from sources familiar with the change in July that Joel Podolny who serves as Apple University Dean would not change job titles. It’s unclear if that’s still the case, however, as Podolny’s profile was removed from Apple’s Leadership page overnight as O’Brien and Ge Mahe were added.

[Update: We’re still hearing that Podolny’s role at Apple has not changed despite the update in how Leadership is presented online.]

Deirdre and her team are responsible for creating and maintaining Apple’s unique culture which enables employees to do the best work of their lives. Leading all HR functions including talent development and analytics, recruiting, benefits, compensation and business support; Deirdre will also oversee Apple University. Since joining Apple in 1988, Deirdre has played a key role in many of Apple’s product introductions. Most recently, she led the Worldwide Sales and Operations Support team responsible for demand forecasting, supply planning and delivery of Apple products to customers. Her team also supported many key sales initiatives, working closely with all of Apple’s sales channels, Apple stores and resellers.

Isabel joined Apple in 2008 as vice president of Wireless Technologies, overseeing the development of cellular, Wi-Fi, Bluetooth, NFC, location and motion technologies for nearly every Apple product. She also played a key role in developing new China-specific features for iPhone and iPad.

Before joining Apple, Isabel served as Vice President of Wireless Software Engineering at Palm and held key technical and managerial positions at other wireless companies.

Isabel holds Bachelor and Master of Electrical Engineering degrees from Simon Fraser University in British Columbia and an MBA from the University of California, Berkeley. 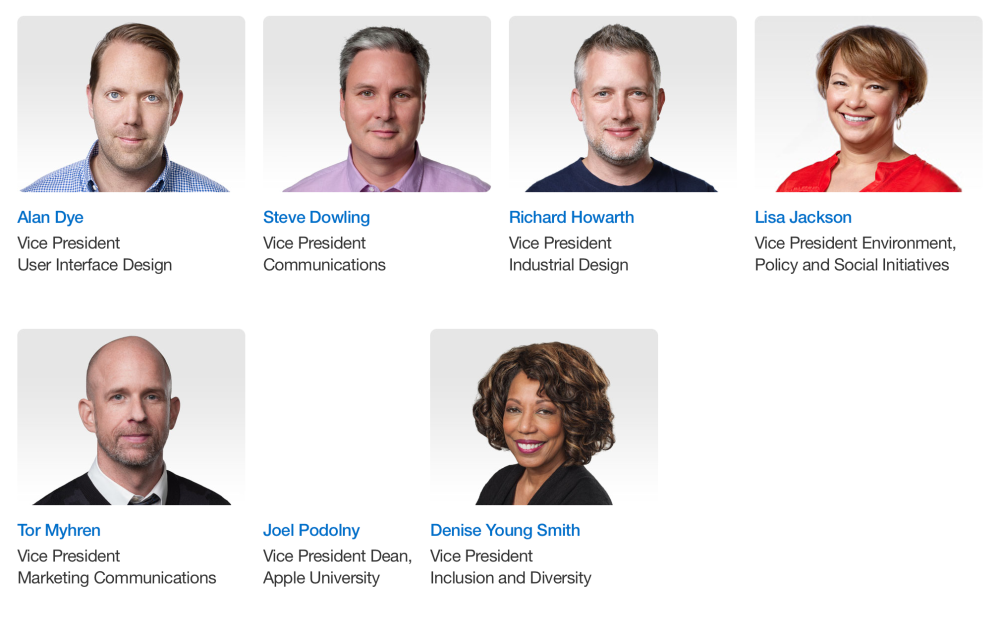