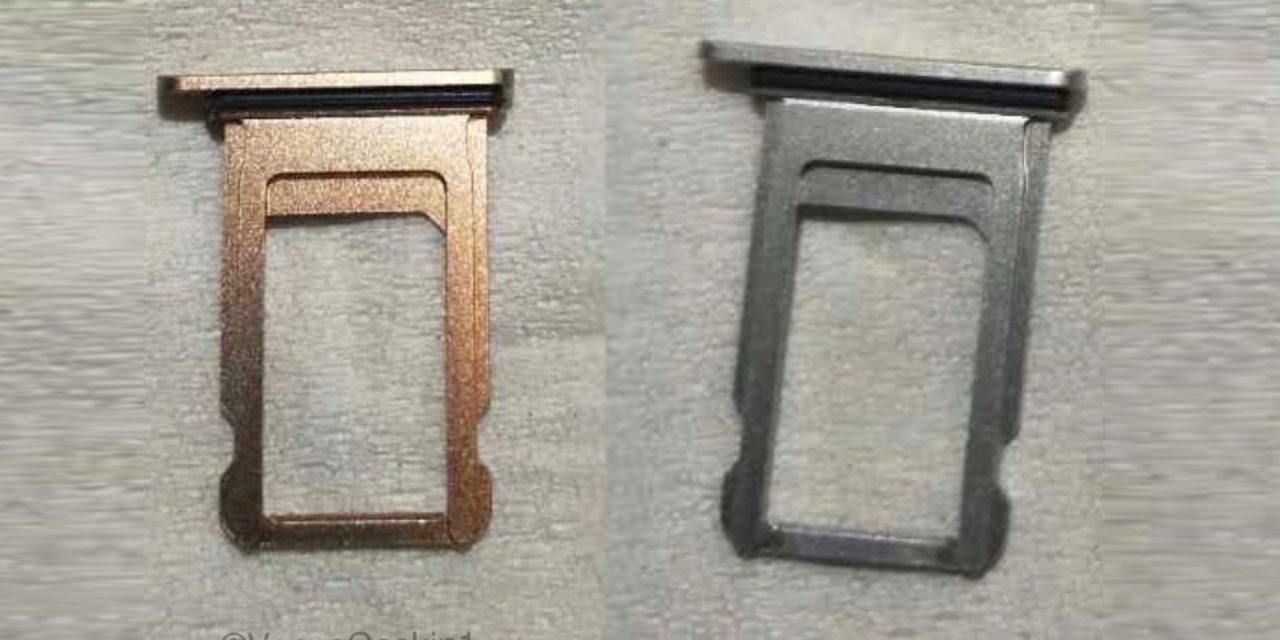 The new iPhone is going to be announced in a week’s time. In the runup to launch, we keep seeing new part leaks for various components and today is no exception. Benjamin Geskin has shared photos of the alleged iPhone 8 SIM trays.

Following previous rumors, Apple appears to be changing up the color lineup slightly for the 2017 iPhones as the SIM tray appears to be a different shade of gold than what Apple currently offers with iPhone 7 and iPhone 7 Plus.

Although we aren’t sure what Apple will call this new take on gold, it is being referred to as copper or ‘blush’ gold for the time being. Apple may opt not to give it a unique name at all, and this is simply the new ‘Gold’.

The color is darker than both the current yellow gold and rose gold casings, with a hint of brown.

In the pictures shared today, the new gold and silver SIM trays can be seen. Apple color matches the SIM tray to the phone casing, so it’s a good indicator of what the actual devices will look like.

The OLED iPhone 8 (which may end up being called the ‘iPhone Edition’) chassis is made of a stainless steel band sandwiched between glass on the front and back. Naturally, it is expected that the chassis have a glossy finish.

However, these SIM trays have a matte appearance. Note though, that the Jet Black iPhone also has a matte finish to its SIM tray, apart from the side edge which is not visible in the top-down photos we have here.

Here’s a previous iPhone 8 dummy unit showing off the supposed new case color: it’s unclear how accurate this is to the real thing: 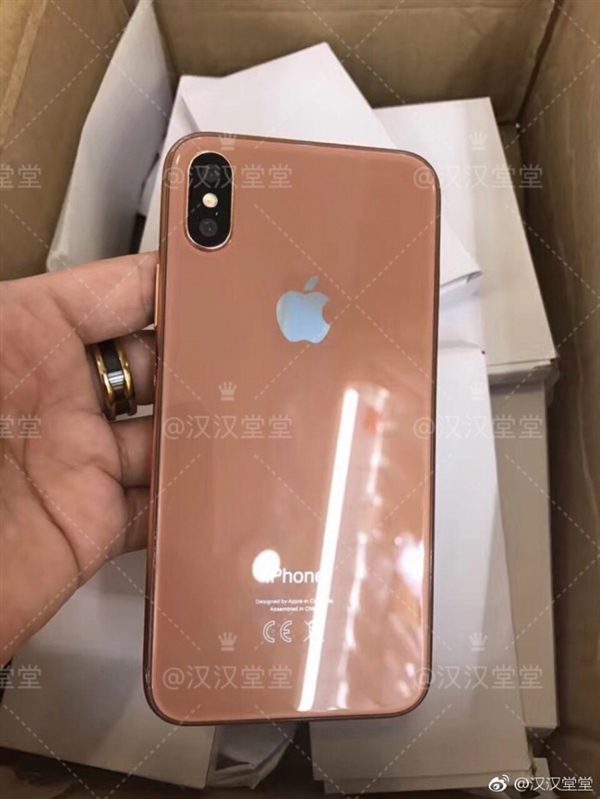 The same is likely true here; the iPhone itself will be glossy but the inner part of the SIM tray continues to have a matte look.

Geskin has tweeted a comparison image of the new blush gold alongside the existing rose gold and gold finishes. Of course, the exact shade may differ due to color reproduction flaws in the source photos.

All three new iPhones set to debut next week are expected to be offered in three colors: gold, silver and black. The iterative phones will have glass and aluminium casings, whilst the OLED model will combine glass with stainless steel.

Apple will officially announce the 2017 iPhones at a special event on September 12th, held at the Steve Jobs Theater in Apple Park for the first time.