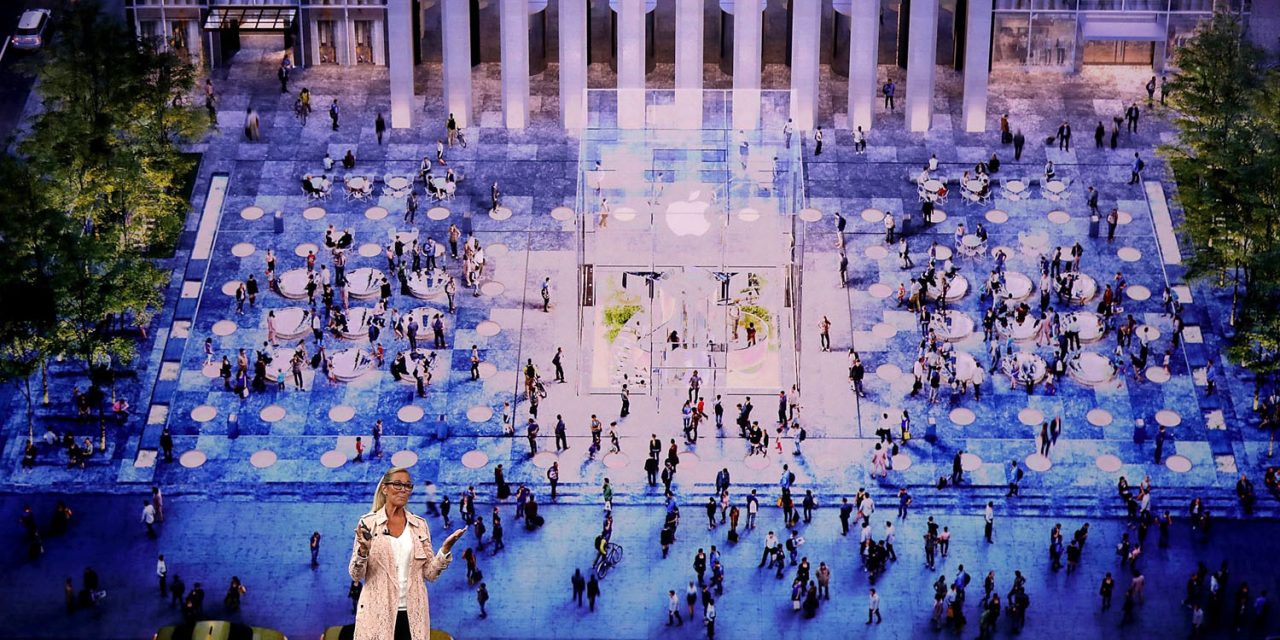 Angela Ahrendts’ move from Burberry to Apple in 2014 saw her make Fortune’s ‘Most Powerful Women in Business’ list for the first time, entering at #29. She’s been working her way up the list since, this year climbing to #13 …

Ahrendts has this year climbed one place, from last year’s #14 ranking.

Since being persuaded by Tim Cook to join Apple in 2014 (she previously led British fashion brand Burberry), Ahrendts has been heads down on the tech behemoth’s largest store redesign in 15 years. In May the company launched its long-awaited “Today at Apple” initiative, which seeks to supplement public education through free courses on everything from coding to music production to photography. Apple’s highest-ranking woman, she oversees 60,000 retail employees and is responsible for the in-store experiences of a more than a million daily customers. Research firm eMarketer estimates that the combined revenue from in-store and online sales is nearly $50 billion.

Fortune noted that she was second on stage at this year’s keynote.

Ahrendts was the second executive after Cook—and the only woman—to take the stage at September’s keynote, where she spoke at length about Apple’s “town squares”—the new moniker for its retail stores.

Apple stores have offered free workshops for many years, but rebranding them as Today at Apple, and expanding the program, has turned them from a relatively well-kept secret into a key marketing initiative. Ahrendts is also attempting to rebrand Apple stores as Town Squares, though it’s as yet unclear to what extent this will catch on.