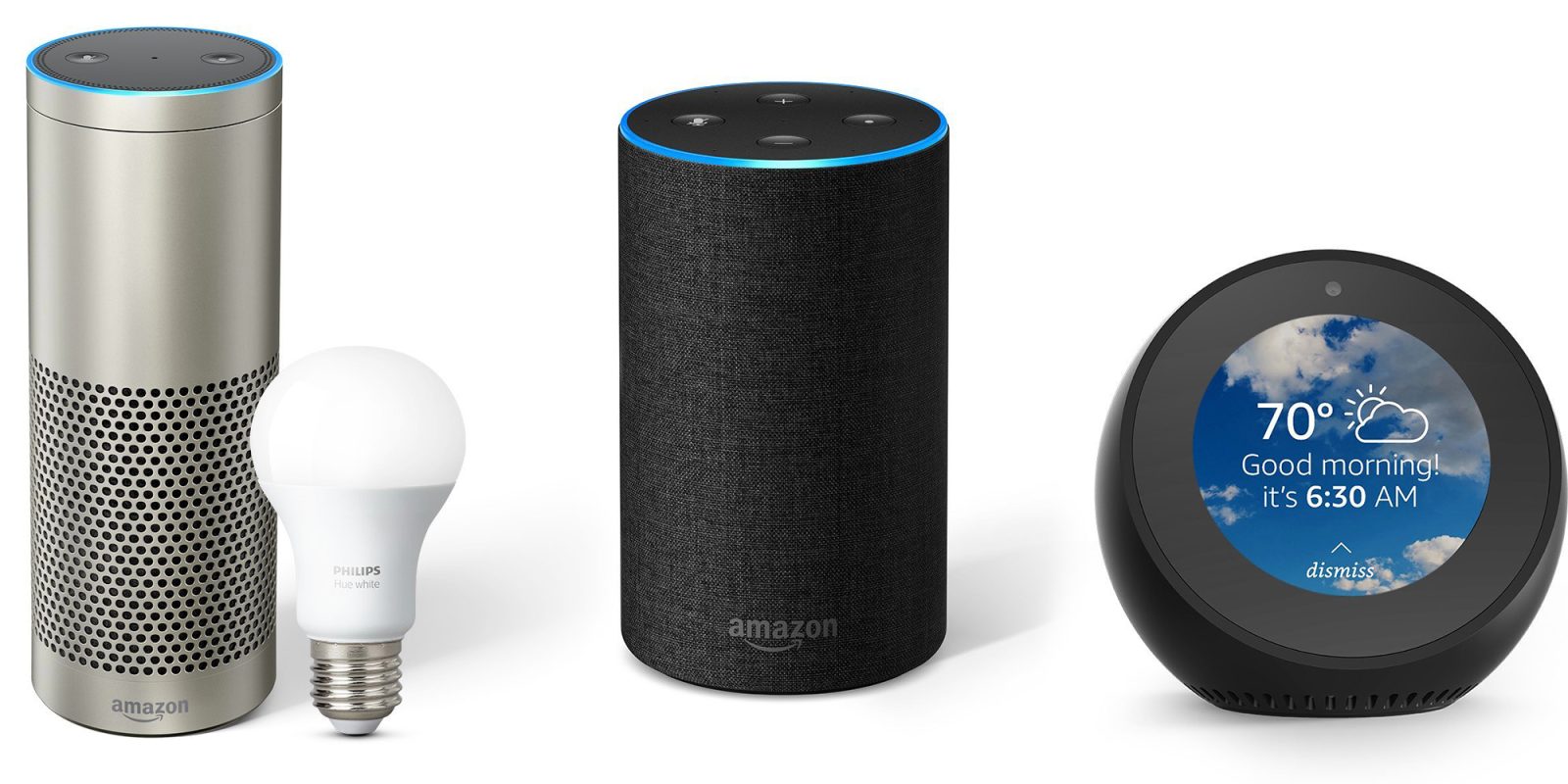 Amazon took the stage in Seattle this morning to unveil a handful of new devices ahead of the holiday season. Today’s announcement includes the all-new Echo and Echo Plus Smart Speaker, a smaller Echo Connect, two updated models of its Fire TV streaming media platform and more. It was a big day in Seattle, and we have all of the details for you down below along with pre-order information.

Right off the bat, Amazon unveiled its new Echo speaker which is slated to retail for $100 and is available for pre-order today. That’s a significant departure from the original model’s $180 price tag. A new, smaller form-factor is about one-third the size of the first generation. Improvements include new Dolby Digital Audio and “upgraded” far-field microphones. There will be add-on “shells” that can be purchased to match your decor, if you’re so inclined.

Amazon is making a serious play at multi-room audio with its latest Echo device. For the first time, it will be offering a three-pack that includes a $50 discount which will make entering the ecosystem even easier than ever before.Today’s announcement is hardly a surprise as Amazon has stiff competition upcoming from Apple’s HomePod and a new Sonos speaker arriving next week.

A larger Echo Plus is also coming down the line, which features a new integrated Zigbee smart home hub. It will retail for $150 and is set to include a single Philips Hue bulb to help users get started. There will not be an accompanying app and all 100 compatible devices will be setup via voice control.

In case you needed yet another device, Amazon is also bringing the Echo Spot to the table today. This bedside alarm has a built-in 2.5-inch display that communicates time, important information about your day, weather and other data. It will sell for $130.

Amazon also unveiled a new $35 Echo Connect. Positioned as a “calling device”, this accessory allows users to place landline phone calls through compatible devices. A plug on the backside connects a standard phone jack to your Echo speaker, allowing normal phone calls to come through.

Amazon is also releasing Echo Buttons, which communicate with existing devices over Bluetooth and can serve as accessories for games, along with other uses. A two-pack will ship for $19.99 this holiday.

As expected, Amazon also detailed its upcoming Fire TV that supports 4K HDR content, Dolby Atmos audio, and is powered by a 1.5GHz quad-core processor. All of which is wrapped in a Chromecast-like casing that sits directly behind your TV. It will sell for $70 and can be controlled by voice and any of Amazon’s Echo speakers. There will also be an Echo Dot bundle available for $80, along with a Fire TV Stick/Echo Dot combination for $60.