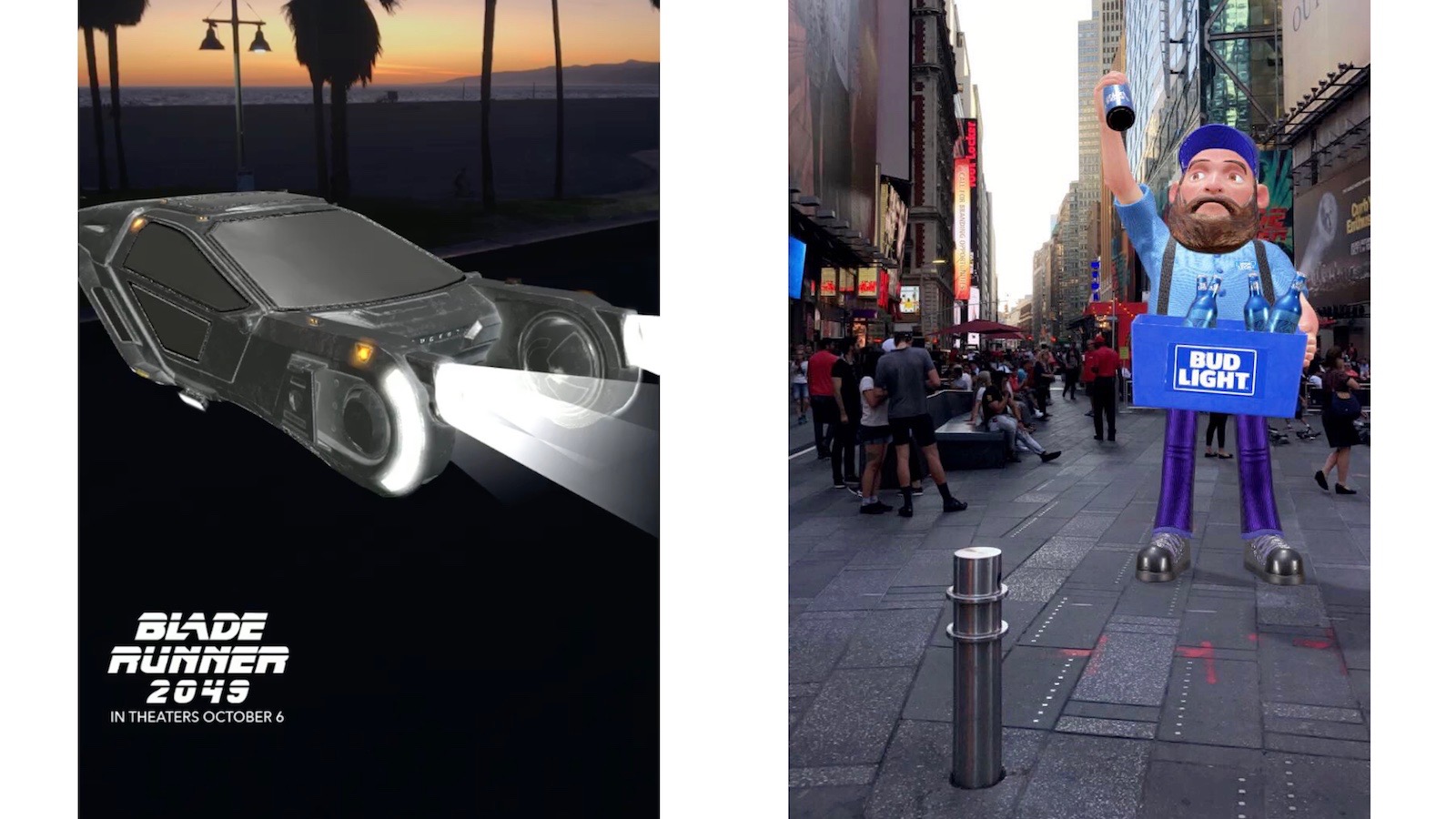 Over the last month, Snapchat has been rolling out a new World Lenses feature that uses augmented reality to place Bitmoji and other designs over real-world environments. Now, Snap is expanding those 3D Lenses to advertisers as it continues to look for new ways to monetize its platform….

In a blog post today, Snapchat announced that it is opening the creation process of 3D World Lenses up to to advertisers and brands. The company touts that its ‘Dancing Hot Dog’ AR Lens has been viewed more than 2 billion times to date, making the market for 3D World Lenses huge for companies and brands.

Perhaps you’ve seen our Dancing Hot Dog spinning across the world. He’s a new friend of ours, and one of our most popular Lenses to date. The Dancing Hot Dog was viewed more than 2 billion times on Snapchat — a testament to how much our community loves amazing augmented reality experiences inside the camera.

“A Lens isn’t just a toy – it’s a tool to drive consideration, purchase intent, and other business objectives,” the company says.

“With one tap of the camera screen, Snapchatters can access their 3D World Lenses. Then, they can pinch to resize it, press and hold to move it around in space, and more.

Since Snapchat can detect surfaces and floors in the frame, 3D World Lenses usually stay put even when you move around to take a look from another angle.”

Companies such as Bud Light have already created 3D World Lens ads, while Blade Runner has created a pretty impressive one as well. Check those out above.

Snapchat has struggled to monetize but new creative ad formats like this will almost certainly help. What do you think of these 3D World Lens ads? Let us know in the comments.