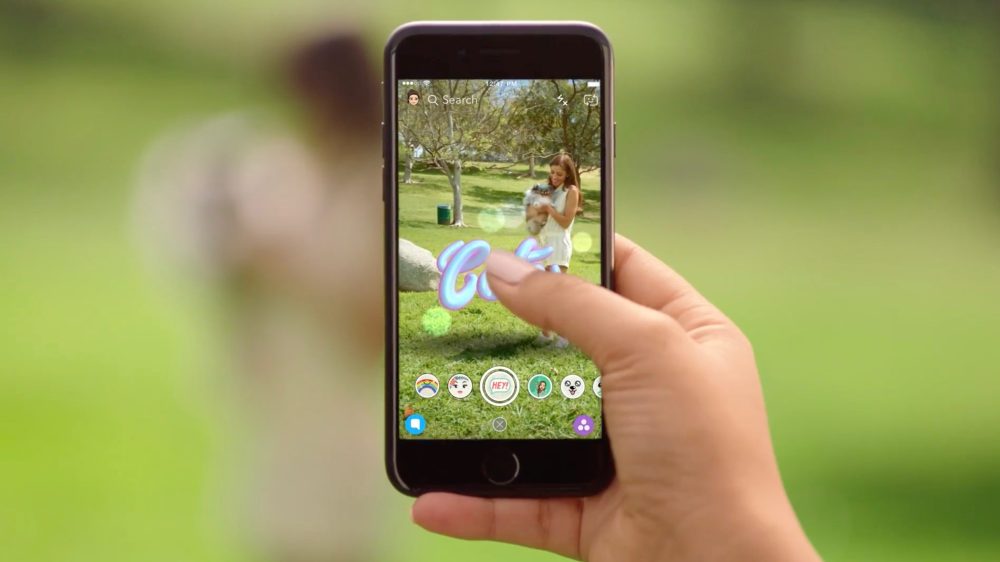 Snapchat is rolling out an app update that includes new 3D World Lenses for the rear-facing camera. World Lenses are like the popular selfie Lenses introduced over a year ago, but with a dash of AR that makes sharing your environment with friends more fun.

While Snapping with the rear-facing camera, simply tap the camera screen to find new Lenses that can paint the world around you with new 3D experiences!

The new effects look really impressive with rich 3D elements that look realistic with shadows and depth. The new World Lenses will likely encourage Snapchat users to take more photos with the back camera, too, which could be seen as a jab at Instagram considering that’s been its domain.

For its part, Instagram has aggressively rolled out Snapchat-like features into its photo sharing app over the past several months including a Stories feature copied directly from Snapchat.

In response, Snapchat has been pushing its own Stories feature forward with new abilities like search. Today’s Snapchat update was first rumored earlier this year.

See World Lenses in action below:

And grab Snapchat for free on the App Store.