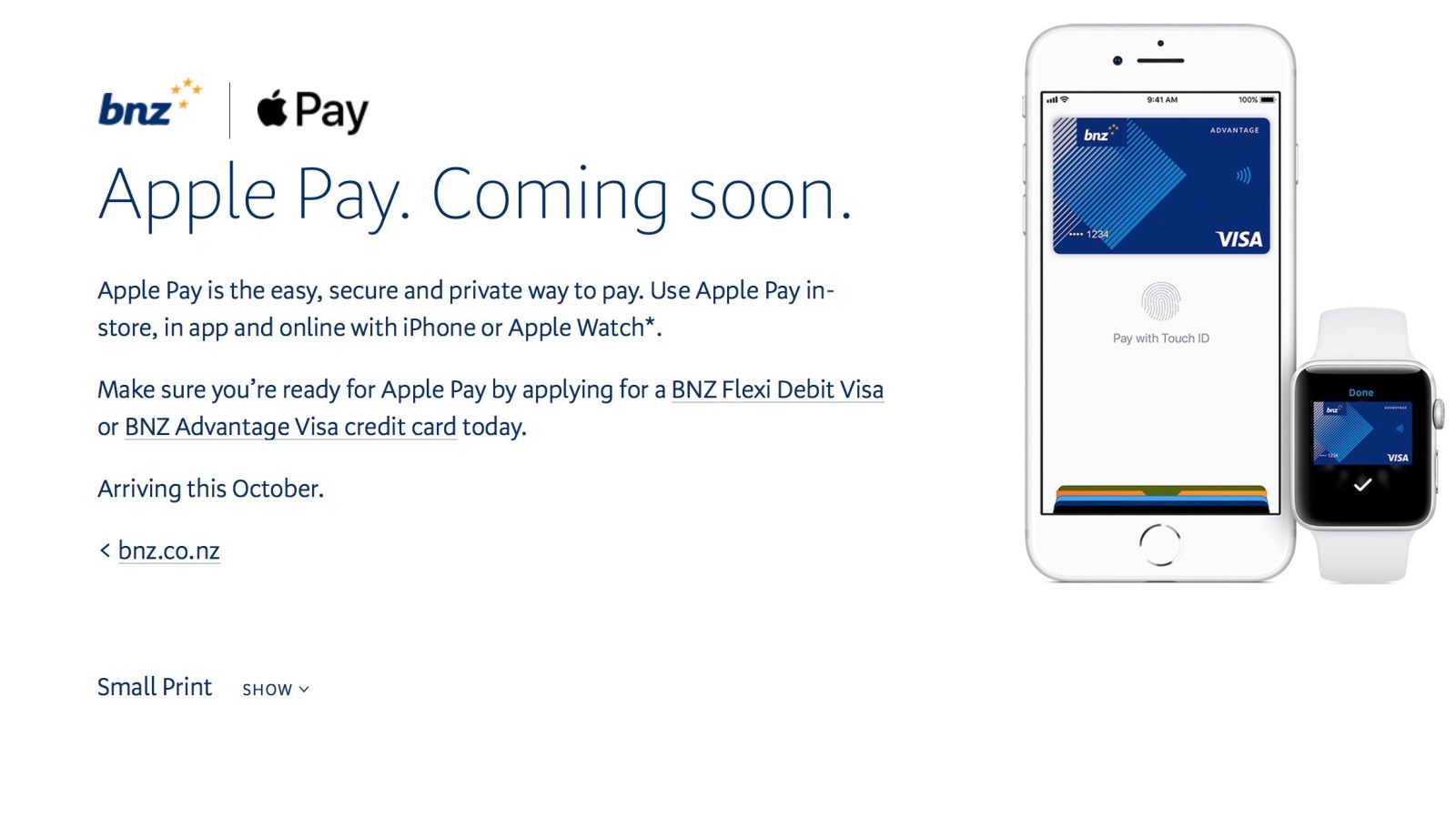 David Bullock, BNZ director of products and technology, explained to the New Zealand news site that more and more retailers are starting to accept Apple Pay, which should help adoption:

BNZ director of products and technology David Bullock said the development had been prompted by customer feedback. He expected high demand. “More and more retailers are accepting it. There’s a fairly high acceptance rate in New Zealand.”

There’s no official date for BNZ’s rollout of Apple Pay just yet, with the bank’s website teasing that it’s “coming soon.”

Apple Pay in Zealand, however, still faces stiff competition from eftpos, which is another contactless payment platform that has high adoption rates because it’s fee-free for retailers. Stuff explains:

Retailers might not want to make the shift to Apple Pay and other contactless credit card payment technology easy, he said, because it would come at a higher cost to them than accepting eftpos cards.

Apple Pay originally launched in New Zealand towards the end of 2016 with support from Visa and ANZ. Retailers such as Farmers, Glassons, Hallenstein Brothers, Kmart, McDonalds, Noel Leeming, Pascoes, and more currently support Apple Pay. More details on Apple Pay in New Zealand can be found on Apple’s site.