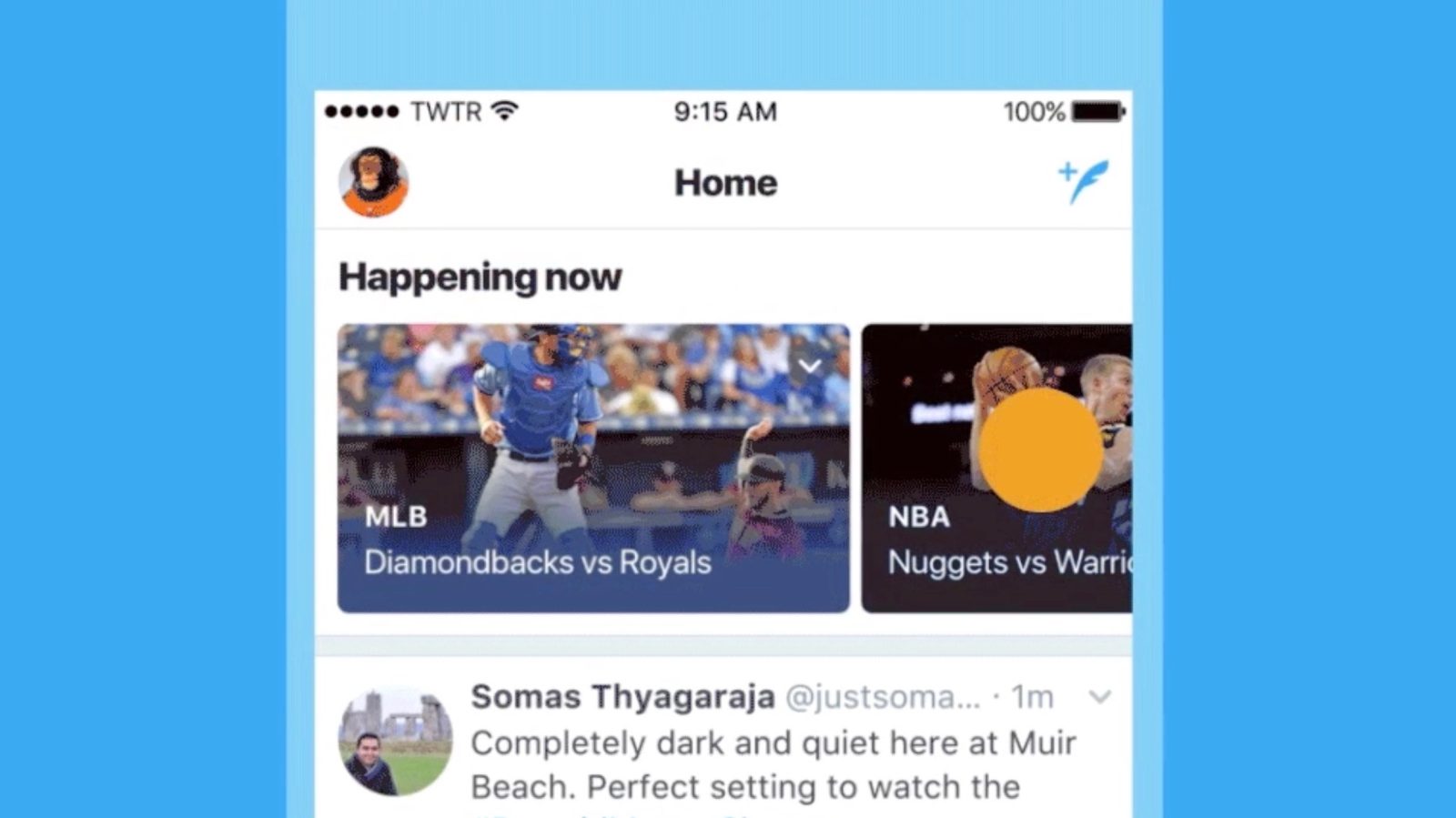 Twitter today announced a new feature coming to its iOS and Android apps that makes it easier for users to follow a specific ongoing event. The new feature, called “Happening Now,” appears at the top of your timeline and aggregates tweets about a certain event.

The Happening Now section showcases events in a card-style interface. It’s currently targeted primarily towards sporting events, but Twitter says it will expand to other areas in the near future. Others potentially interesting topics could be breaking news stories, award shows, and more.

As you can see in the demo GIF below, once you tap on a sporting event in the Happening Now tiles, you’ll see scoring information along the top and then a feed of other tweets about the same event.

You may see events featured at the top of your timeline labeled as Happening now. When available, we’ll show you events and topics we think you might be interested in when you open your Twitter for iOS or Android app. Tap the icon to view why we think you’ll be interested in the event, or to hide the event from your timeline. Tap the photo to view conversation surrounding the event.

Happening Now sounds sort of like a revised take on Twitter’s Moments, but there are some differences. For instance, Moments is a collection of aggregated tweets that generally tell a story from start to finish. Happening Now, however, is simply a feed of other tweets that all pertain to the same event.

Twitter yesterday teased a new ‘save for later’ feature that it is currently in the process of developing. This feature will make it easier for users to privately save a tweet and go back to it at a later time.

Happening Now is rolling out today to Twitter’s apps on iOS and Android.

Feel the roar of the crowd, no matter where you are.