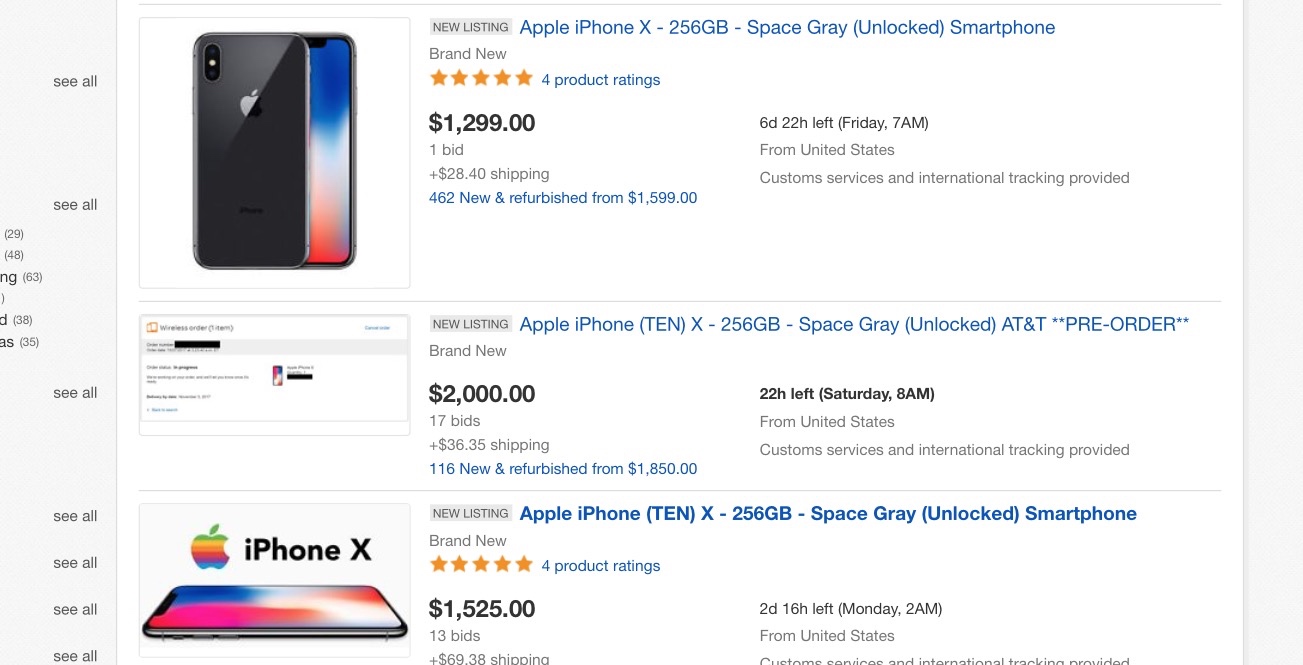 The iPhone X went on sale just two hours ago, and it is now very much sold out around the world. Almost all models of iPhone X listed on Apple.com are now estimated to ship  at least five weeks out, which means customers trying to order now won’t see the phone until December.

As always, scalpers are trying to profit on the constrained supply with dozens of ‘confirmed preorders’ hitting eBay … with prices skyrocketing above the normal retail price …

The 100% price premium $2000 model currently has 17 bids, so it certainly seems like there is demand. Other classified selling sites are also flooded with confirmed preorder units at similar prices.

On Apple.com, all iPhone X models are reporting 5-6 week delivery estimates across both Space Gray and Silver colours, and both 64 GB and 256 GB storage options. 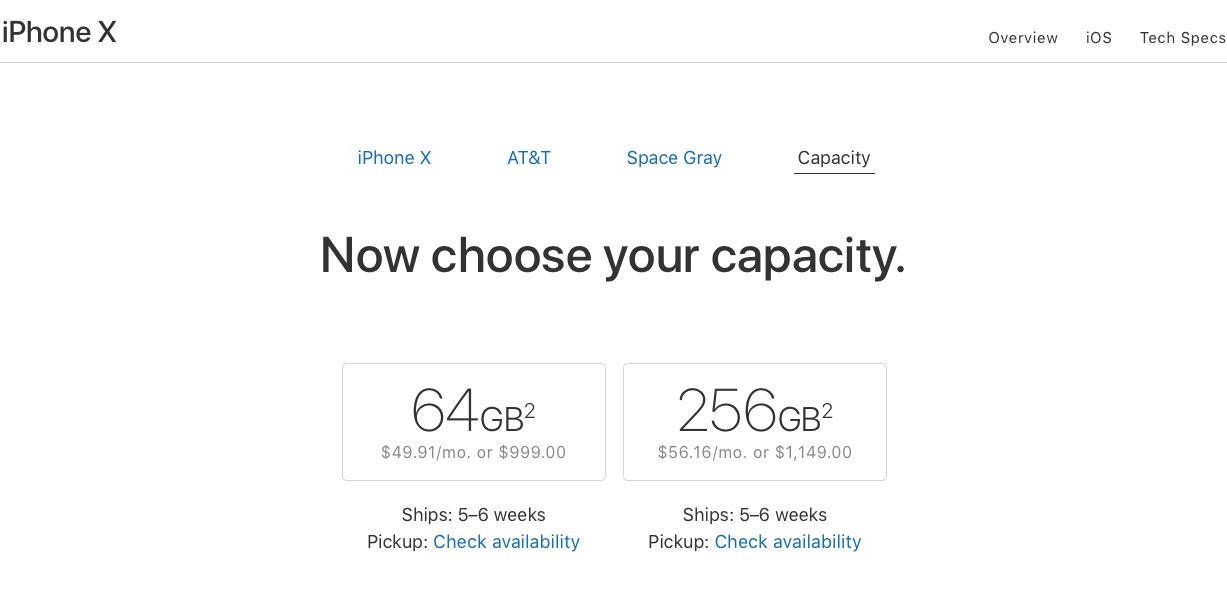 Some carriers are at least reporting slightly better availability, so if you are still looking for an iPhone X, it’s worth checking out your carrier stores. Apple has also said it will have in-store stock for walk-ins for the iPhone X launch on November 3rd. If you want to do this, you’ll need to start queueing at an Apple Store early as Apple expects very high-demand.

It’s hard to say exactly how well the iPhone X is selling unless Apple shares numbers, as we don’t know how many were even available.

Analyst estimates indicate Apple had just 3 million phones ready to sell for launch day, and this is backed up by the fact shipping estimates slipped to 2-3 weeks mere minutes after 12.01 PT. Internationally, it seemed like supply was even more severely constrained with some countries not ever offering November 3 ship dates.

5-6 weeks delivery indicates that stock of iPhone X will be basically non-existent through the entire 2017 holiday season. If you are shopping for a new iPhone, Apple has plenty of iPhone 8 or iPhone 8 Plus models readily available if you can’t wait for the X.