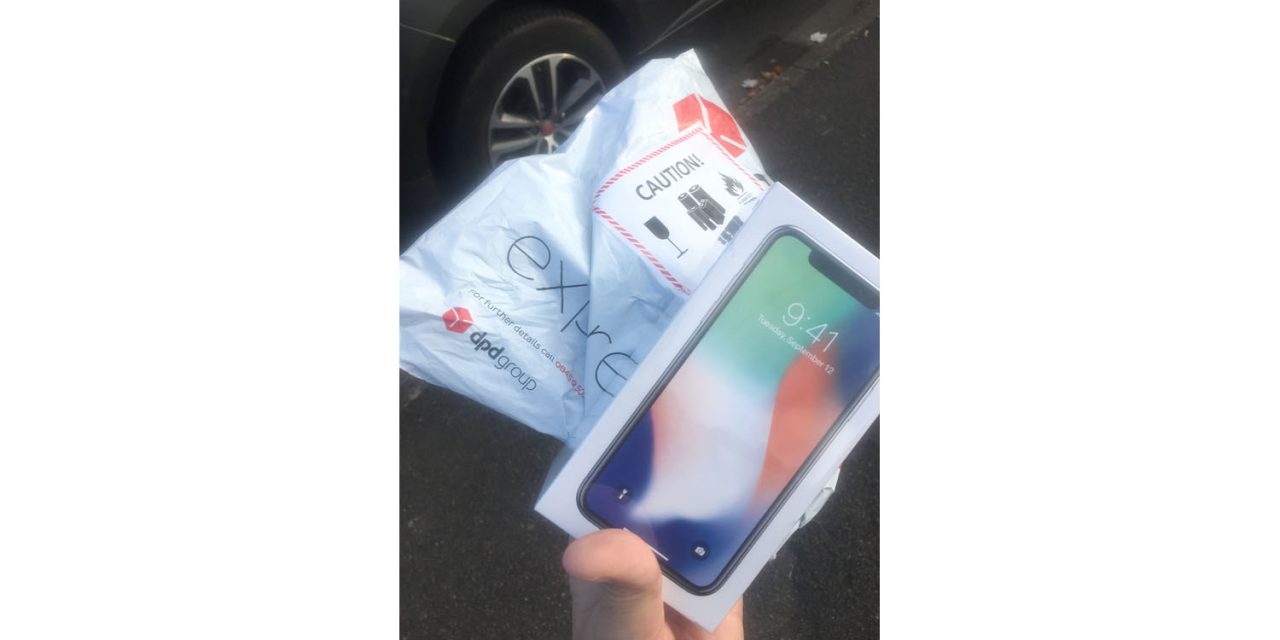 We noted last week that some of those who’d originally been given iPhone X shipping estimates of November 10-17 had seen these change to the launch date of November 3.

Just this morning, two readers who originally had November 17-24 dates have now been told to expect delivery on November 8, while another with the same data has reported his status changing to ‘Preparing to ship.’

One enterprising 9to5Mac reader in the UK even managed to get his a day early by trying his luck. Illdoittomorrow saw that courier firm DPD was delivering his iPhone, changed it to a depot pickup and successfully collected it (above). Some hapless employee clearly didn’t realise it was on hold until tomorrow. Note: An earlier version of this story gave a different reader name after someone downloaded the photo from a forum and sent it to us.

With Apple Stores expected to have very little stock, likely just a handful of phones per store, overnight queues in Sydney, Australia, were very short. A reader sent us a photo, below, saying there were only around 30 people in the queue.

Things are rather more chaotic in Singapore, however, with NewsAsia reporting huge crowds and more of a scrum than a queue.

Apple staff have been working hard to manage the queue, including a system for allowing people to take food and comfort breaks.

Those who tried to leave the queue were told they could only do so if their wrist tags were scanned later in the evening. “Once you are scanned, you have one hour to leave the queue. If it’s more than one hour, you have to go back to the start of the queue,” a security official was heard saying to a woman.

Morgan Stanley yesterday suggested that iPhone X sales would take more than $50B of holiday spending away from other categories, with specialty retailers and department stores likely to be hardest hit. Other companies are also looking to cash in on cases, chargers and other accessories.