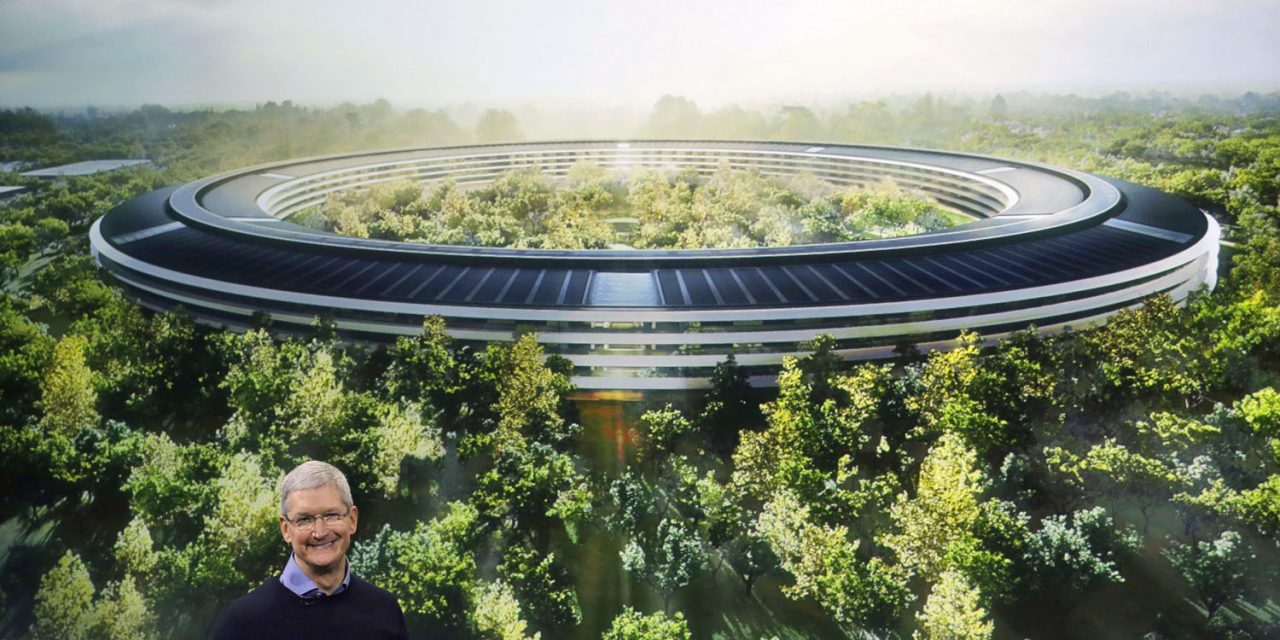 Apple is once again being accused of tax avoidance. This time, it’s analysis of the so-called ‘paradise papers,’ a massive leak of financial documents relating to countries commonly used as offshore tax havens.

The BBC claims that, once Apple was unable to use an Irish tax arrangement to reduce its tax obligations, it looked for a similar arrangement elsewhere.

The world’s most profitable firm has a secretive new structure that would enable it to continue avoiding billions in taxes, the Paradise Papers show.

They reveal how Apple sidestepped a 2013 crackdown on its controversial Irish tax practices by actively shopping around for a tax haven. It then moved the firm holding most of its untaxed offshore cash, now $252bn, to the Channel Island of Jersey.

Back in 2012, the New York Times ran a piece in which it suggested that Apple had avoided $79B in federal taxes through the use of tax havens like Nevada, Ireland, Luxembourg, and the Virgin Islands.

Later the same year, Australia presented Apple with a back-tax bill of $28.5M it said Apple had avoided by using tax havens to funnel its revenue to offshore accounts.

In 2013, Moody’s calculated that Apple’s debt strategy had allowed the company to avoid $9.2B worth of US taxes, with a further saving of $100M a year in interest deductions.

Later the same year, Apple CEO Tim Cook was called before the Senate as part of an investigation into the offshore tax practices of the company.

In 2015, Apple was accused of avoiding tax in Italy by funnelling profits to Ireland. It was presented with a back-tax bill of $347M, which it paid.

Then there is Ireland, where Apple was accused of paying an effective tax rate as low as 0.005% through a ‘sweetheart deal’ with the government. The Irish government was later ruled to have acted illegally in offering special terms to Apple, and was ordered by the European Commission to recover €13B ($15B) in underpaid tax.

This latest claim is that Apple then moved the cash previously kept in Ireland to the tax haven of Jersey.

Apple has generally responded in three ways to these claims, two of which fail to address the point.

First, it says that it obeys the law.

In every country where we operate, Apple follows the law and we pay all the taxes we owe.

That’s a non-response, because nobody is accusing Apple of tax evasion (which would be illegal), but rather of tax avoidance – which is perfectly legal.

Second, it points to all the taxes the company does pay. Again, this isn’t the point. Apple is the largest company in the world, so it’s obviously going to pay a huge amount of tax, whether or not it engages in tax avoidance.

Its third response does, however, address the issue. Apple consistently argues that it should be taxed ‘where value is created,’ which it says is where its products are designed, in California.

[The issue] is not about how much Apple pays in taxes. It is about which government collects the money.

Taxes for multinational companies are complex, yet a fundamental principle is recognized around the world: A company’s profits should be taxed in the country where the value is created […] In Apple’s case, nearly all of our research and development takes place in California, so the vast majority of our profits are taxed in the United States.

In yesterday’s response to the paradise papers revelations, Apple denied one of the specific claims. It had not, it said, moved funds from Ireland to Jersey.

The changes Apple made to its corporate structure in 2015 were specially designed to preserve its tax payments to the United States, not to reduce its taxes anywhere else. No operations or investments were moved from Ireland.

It also said that it paid US tax on investment income from its overseas cash, and that if you take into account all of its revenue outside the USA, and all of the taxes paid, its effective tax rate is 21%. This is a perfectly normal corporate tax rate globally.

But – and this is a huge but – Apple’s financial arrangements do give the strong appearance of tax evasion. It used a financial mechanism known as the ‘double Irish’ which was commonly used to avoid tax. It chose to funnel profits on European sales through Ireland, where the official tax rate was unusually low and its own rate was lower still. And if the paradise papers are correct, it keeps cash in countries which are commonly viewed as tax havens.

Purely from a PR perspective, I think it would be sensible for Apple to avoid even the slightest appearance of avoiding tax. But I think this is about more than PR.

Apple has a track record of doing things that are right even if they are not profitable. It puts a great deal of effort, for example, into accessibility features. It powers most of its operations from renewable energy. It generally stands behind its products over and above its legal requirements. I think there’s an opportunity here for Apple to act as a corporate role model in this area too.

I think Apple should ensure that it has zero cash in countries best known for being tax havens. It should arrange its finances such that it pays taxes on product sales in the countries in which those products are sold. It should avoid the use of financial schemes commonly employed to avoid tax. And it should generally arrange its financial affairs in such a way that everyone can see is fair and moral as well as merely legal.

As ever, please share your own views in the comments.