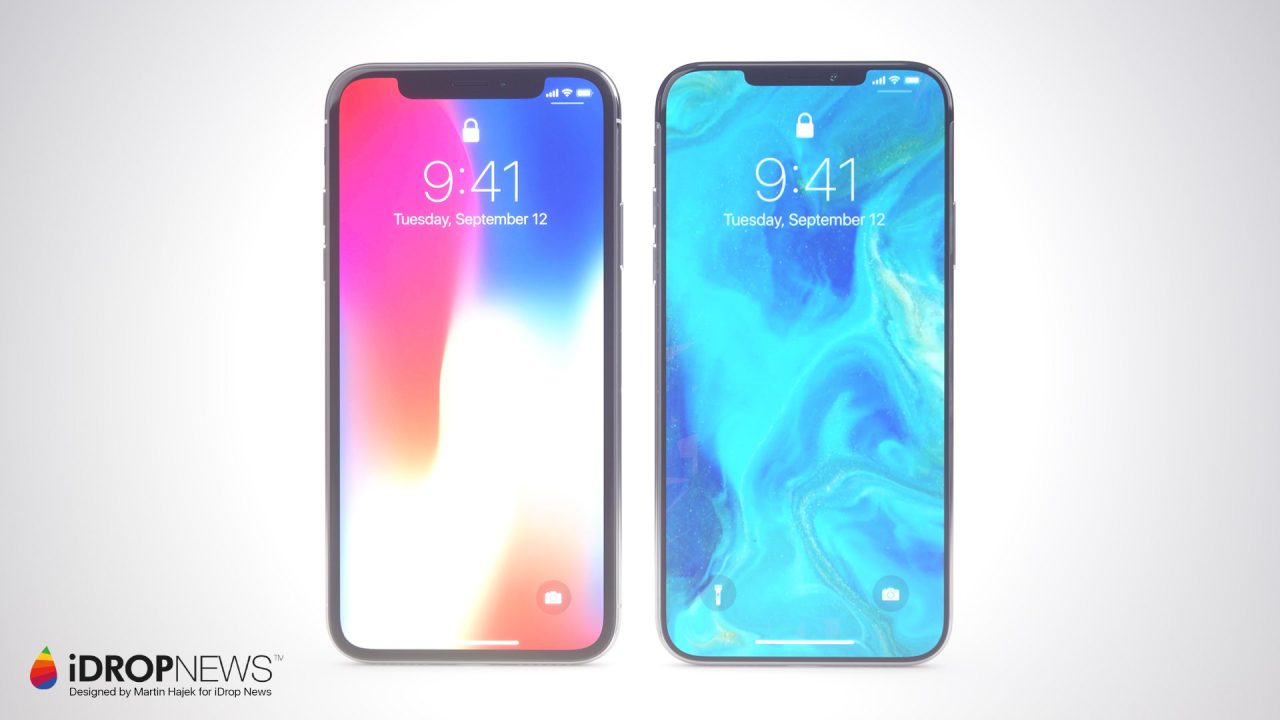 Following a report last week indicating that the new iPhones introduced next year would feature several design improvements, iDropNews has published new renders imagining an iPhone XI with even smaller bezels, as well as a smaller notch…

Last week’s report indicated that next year’s iPhone X models could have a smaller notch design due to Apple integrating the Face ID sensors into the front-facing camera. This would effectively allow Apple to reduce the size of the notch due to it housing fewer individual sensors.

As the report last week read:

According to industries, it is heard that Apple is planning to strengthen face sensing function starting from 2019 models. That is why it is planning to increase number of parts that will be used for iPhones and is looking into combination of a face recognition module with a camera module.

In addition to the smaller notch, these renders also imagine the already-small iPhone X bezels getting even smaller, as well as the camera module being flush with the back of  the device.

Furthermore, the renders depict the possibility of a dual-SIM card tray, which reliable Apple analyst KGI had previously predicted as a possibility in “at least one” of the iPhones introduced.

At these point, the renders as well as design reports should be taken with a grain of salt. The report that indicated an iPhone X with a smaller notch, for instance, predicted that the device was launching in 2019. That’s over a year away and should be treated with incredible skepticism as plans can change dramatically between now and then.

On the other hand, these renders are interesting as they allow us to imagine what an iPhone X with a smaller notch and smaller bezels could look like. Apple is seemingly paving the way for a truly all screen iPhone, and this would certainly be a step in that direction.

What do you think of the design? Let us know down in the comments.