Today’s news about Apple putting new features on the back burner for iOS 12 means that the company will finally be focusing on polishing up its mobile operating system. After years of interface inconsistencies and frame rate issues, iOS may be getting some much-needed attention on the finer details.

While frame rate issues have gone unnoticed by many, prominent YouTuber and entrepreneur Chris Pirillo has been documenting his findings over the years with a public list of issues. The most jarring and obvious frame rate issue is when invoking Siri and trying to access Control Center. This is an example of an “unlikely situation, so Apple didn’t check,” which some feel has been Apple’s software mantra with iOS 7 and beyond.

While it’s good to hear about Apple shifting focus to zero in on refinements, I would argue these sort of issues should have never should have shipped to begin with.

For example, scrolling through the main messages thread in the Messages app is smooth as butter on an iPhone 6s or iPhone 6s Plus, but prove to be super choppy on more recent iPhones. This is a head-scratcher considering Apple’s hardware is miles ahead of the competition, especially in its A-series chips.

There are rumors that suggest Apple is finally going to take my advice from five years ago. ¯_(ツ)_/¯

Issues like this are inexcusable for the most valuable and profitable company in the world and they simply didn’t exist in earlier versions of iOS. The issue clearly stems from the major re-design that was iOS 7, and then proceeded to make its way onto OS X after the same redesign was made with OS X Yosemite. 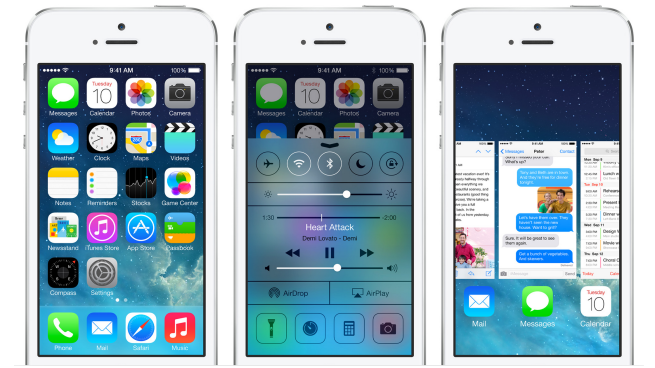 While some may give Apple a pass because they’re working on a wider range of hardware than ever before and have more operating systems than they used to, I think there’s a way to prevent quality issues like the ones I’ve mentioned above.

It seems as though the iPhone maker is setting major software deadlines based on hardware releases. What the company needs to do is slow down. An example many use is the release of OS X Snow Leopard, which is now known as being the most stable release of the Mac operating system’s history. Rather than pre-announcing fancy new features such as Messages in the Cloud, which still hasn’t seen its debut to the public, Apple’s software devision should be focusing on cleaning up its code and making iOS the tank it used to be.

But it’s not just frame rate issues Apple is having, it’s also interface inconsistencies. It’s sad that a simple screenshot of the iOS home screen could give away which major version of the operating system you are running. With app icons and app names changing (example: Passbook to Wallet or iBooks to Books), it’s hard to keep up with what’s what anymore.

The company also seems to be struggling to keep its own first-party applications up-to-date. For example, the iBooks (Books?) app still uses skeuomorphic animations such as turning the page or opening a book while Apple’s design language is now focused on the “card” interface. Other small examples could be lack of iPhone X or iPad Pro resolution upgrades to some of Apple’s App Store applications such as Airport Utility or iMovie, or simple interface issues like having uneven padding on certain UI elements.

It's so bad at this point, it’s like carbon dating software. You can accurately predict which year a stock app was last given attention by what design style it follows.

Interface issues are especially notable on the iPhone X. I’ve had the “ears”, Lock screen time, date, and pad lock disappear on me, signal bars and LTE indicators shrink, and many other strange iOS bugs that don’t seem to be getting better with software updates.

One of the more jarring problems is that the iPhone X’s status bar reverts back to the “classic” status bar when invoking Control Center. That’s inconsistency. Or how the flashlight and camera icons on the Lock screen is the only place where 3D Touch acts like a button rather than a right click. Also, why is the iPhone X the only iPhone to have a rounded dock? There’s no reason why it should be the only device to have it. I think the iPhone 8 and iPhone 8 Plus, even with ‘square corners’, should also have a rounded dock. Again, consistency.

Point being, it feels to me that Apple has been slacking in its software quality over the years. Whether it’s because Apple is spreading itself too thin, or the fact that the company is overlooking a lot of its quality issues, taking a breather year will at least help Apple shorten its list. However, this news doesn’t necessarily mean we’ll see a “Snow Leopard” year for the iPhone maker, as macOS High Sierra has proven to still be buggy even with a primary focus on “bug fixes and stability improvements.”

With that being said, I am optimistic for the company and hopeful that it’ll get back to its roots and start making the most stable and consistent operating systems again. Stability and coherency is why many of us started using Apple in the first place, because “it just works,” not because “it works good enough.” I don’t know what the answer is for Apple, but slowing down may be the first step in creating a beautiful, yet consistent operating system again.