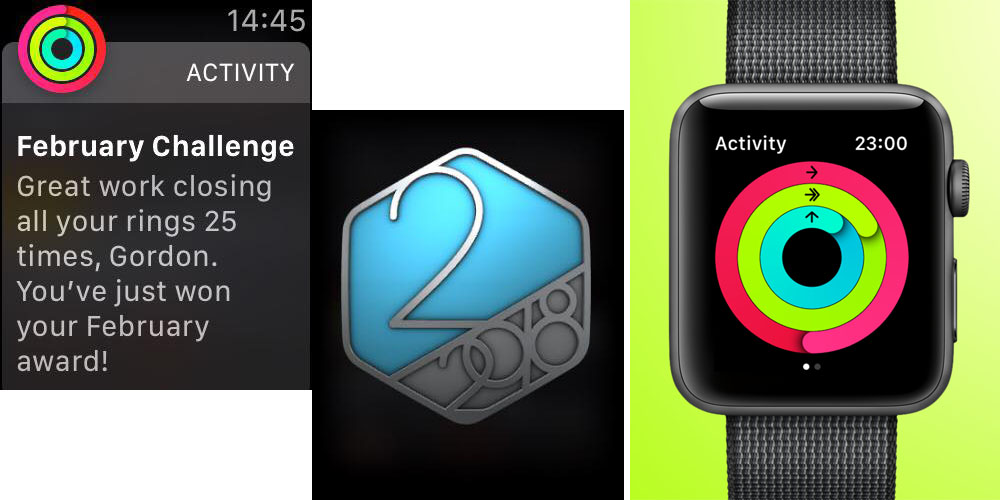 A friend was this morning told he’d won the February Challenge award, and was given the medal, after closing all his rings 25 times.

Quite an achievement for the first day of the month …

The 25 rings in question reflected his January activity. Others are seeing the same thing.

I earned this award by winning my February Challenge! #AppleWatch pic.twitter.com/KrbOrGhBbg

Another Watch owner was told that his current average daily calorie burn for February was 25,373, while yet another was told he’d completed the equivalent of six marathons this month.

We’ll reach out to Apple and update with any response.