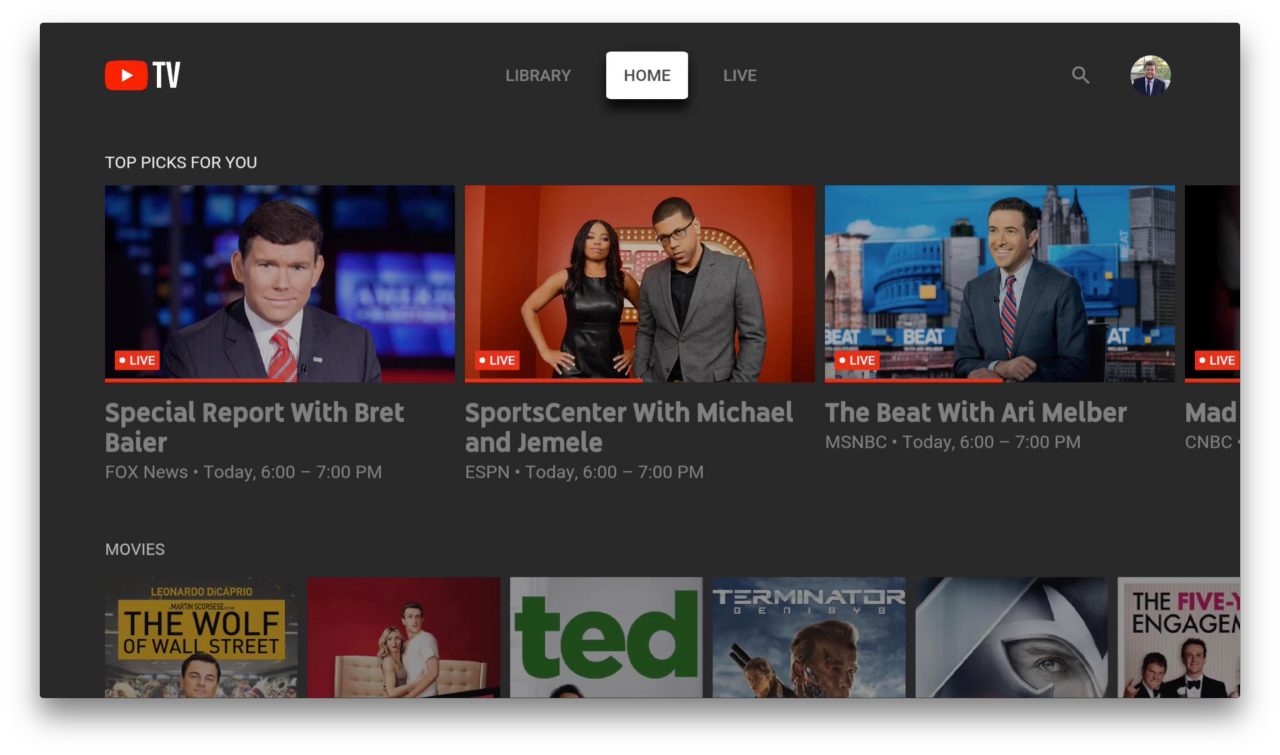 Less than a day after the announcement, YouTube TV is now available on Apple’s tvOS platform. The cable-cutter streaming TV service starts at $35/month, with no contracts, and allows users to stream TV from their iPhone and now, Apple TV.

YouTube TV joins DirecTV Now, PlayStation Vue, Hulu TV, and several others in the race to become the best TV streaming platform available. Unfortunately, most TV streaming providers are missing Viacom channels and only have local channels in select cities, so they have a long way to go before they can convince the larger population to switch from traditional cable television.

Existing YouTube TV customers can head over to the tvOS App Store to download the app for free.

It was recently reported that YouTube TV currently has around 300,000 paying customers.