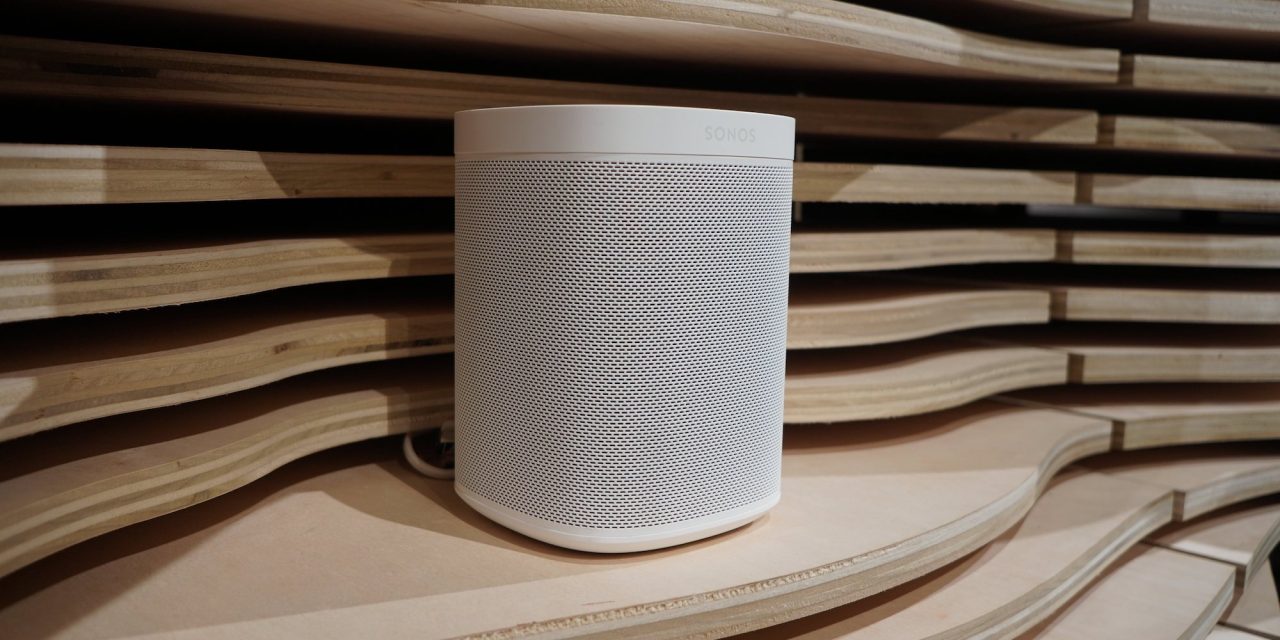 Over the years, Sonos has become somewhat of a household name in the whole home audio market. Competition, however, has dramatically increased recently with new products from Amazon, Google, and now Apple. But if you ask Sonos CEO Patrick Spence, he sees the opportunity of competing with the tech heavyweights as a reward…

Speaking on Recode’s ‘Too Embarrassed to Ask’ podcast, Spence explained that when Sonos first started, the challenge was competing with the likes of Sony and Bose. Now, Spence says the opportunity to compete with Apple, Google, and Amazon is a “reward” for having disrupted the speaker market over the last 10 years:

“There were a lot of people, back when we started, saying, ‘There’s no way you could ever compete with Bose and Sony,’ the heavyweights of audio at the time,” Spence said.

“And here we are. I was joking with the team, the reward for having disrupted the space over the last decade is to get to compete with Apple and Google and Amazon.”

He also doesn’t think existing Sonos users are going to completely jump ship when the HomePod, or any other new smart speaker, is released. The beauty of Sonos, in the eyes of Spence, is that it supports all of the different streaming music platforms.

“This is a difference versus the mobile space, where it’s a very personal device, you’re going to use one set of services that matter to you,” Spence said.

“We know, in the home, there’s multiple music services used. My spouse uses a different one than I do, my children use a different one. With voice services, I see it developing very similarly.”

Furthermore, Sonos will soon support multiple voice assistants. While the Sonos One is currently limited to Amazon’s Alexa, the company has also announced its intentions to add Siri and Google Assistant support to its arsenal. Somewhat surprisingly, Spence notes that none of the big three assistant companies have asked for an exclusivity period as work on that front continues:

“I believe it’s one of the reasons we’ve had good partnerships with streaming services — and remember, on the streaming services side, that includes Apple, Google, Amazon, and Spotify — is because we’re very transparent about that,” Spence said.

“I went to all of them and said, ‘This is what we plan to do: We plan to do it just like we’ve done music services. We’re going to have multiple voice services because we believe that’s the right thing for the customer.’”

When it announced the Sonos One last year, Sonos also teased that it will support AirPlay 2 and Siri sometime in 2018. While specific launch details are still unclear here, supporting AirPlay 2 and Siri means that Sonos speakers will integrate with the HomePod.

Given that HomePod is currently limited to one form factor, and is the only one to support Siri and AirPlay 2, Sonos’ support could be the company’s differentiator in the smart speaker space. However, it’s important to note that Siri support on Sonos One won’t be nearly as extensive as it is on the HomePod. Sonos integration with Siri means that it will support AirPlay 2 via your iOS device to control playback, not support Siri’s full catalog of commands.