Snapchat launches custom filters and lenses for all users from $10 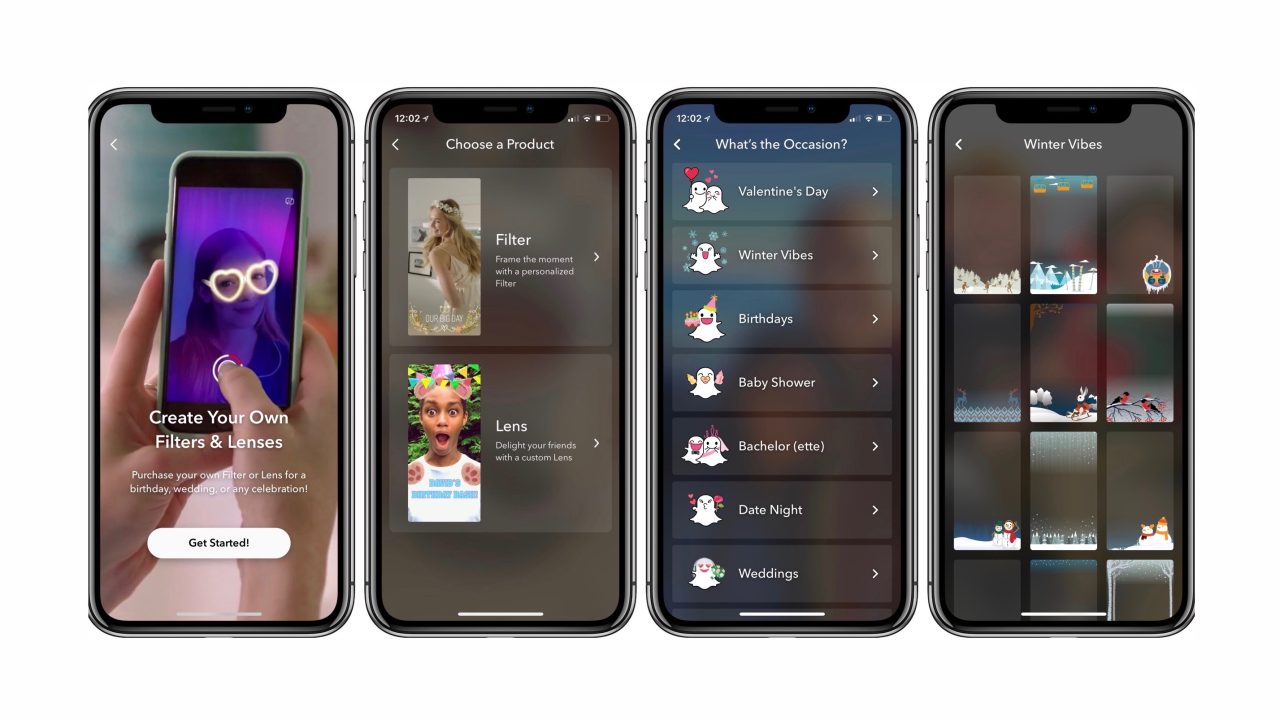 Snapchat today has launched two new features, allowing users to create custom filters and lenses. With the new customizable AR content, Snapchat is looking to increase user engagement and will also be creating more revenue as the new features start at $10.

Snapchat launched its Lens Studio at the end of last year, opening up its platform to third-party creators. However, Lens Studio was restricted to advertisers.

Today’s update brings all users the option to create custom lenses and filters starting from $10. There are over 150 templates to choose from that can be accessed from the iOS app and the web. The new custom options also include the ability to use the new Snapchat fonts. In the app, users can find custom filters and lens option under Settings → Filters & Lenses.

Speaking to TechCrunch, Snapchat says that its goal with pricing of the new features was “to be both affordable enough for the masses so custom lens generate revenue, and to deter spam and flippant use of the platform.”

There are 70 million daily lens users on Snapchat now who use them for an average of over three minutes. This latest update looks to give Snapchat a leg up on Facebook and Instagram, both of which have been copying features from Snapchat for some time.

This update is also likely to give Snapchat investors even more hope about the platform’s future growth. We’ve seen Snapchat shares surge 20% this week on some positive news and its prediction that it can beat Instagram.

Snapchat is a free download from the App Store.