Comment: The three factors that may be behind the HomePod’s semi-removable cable 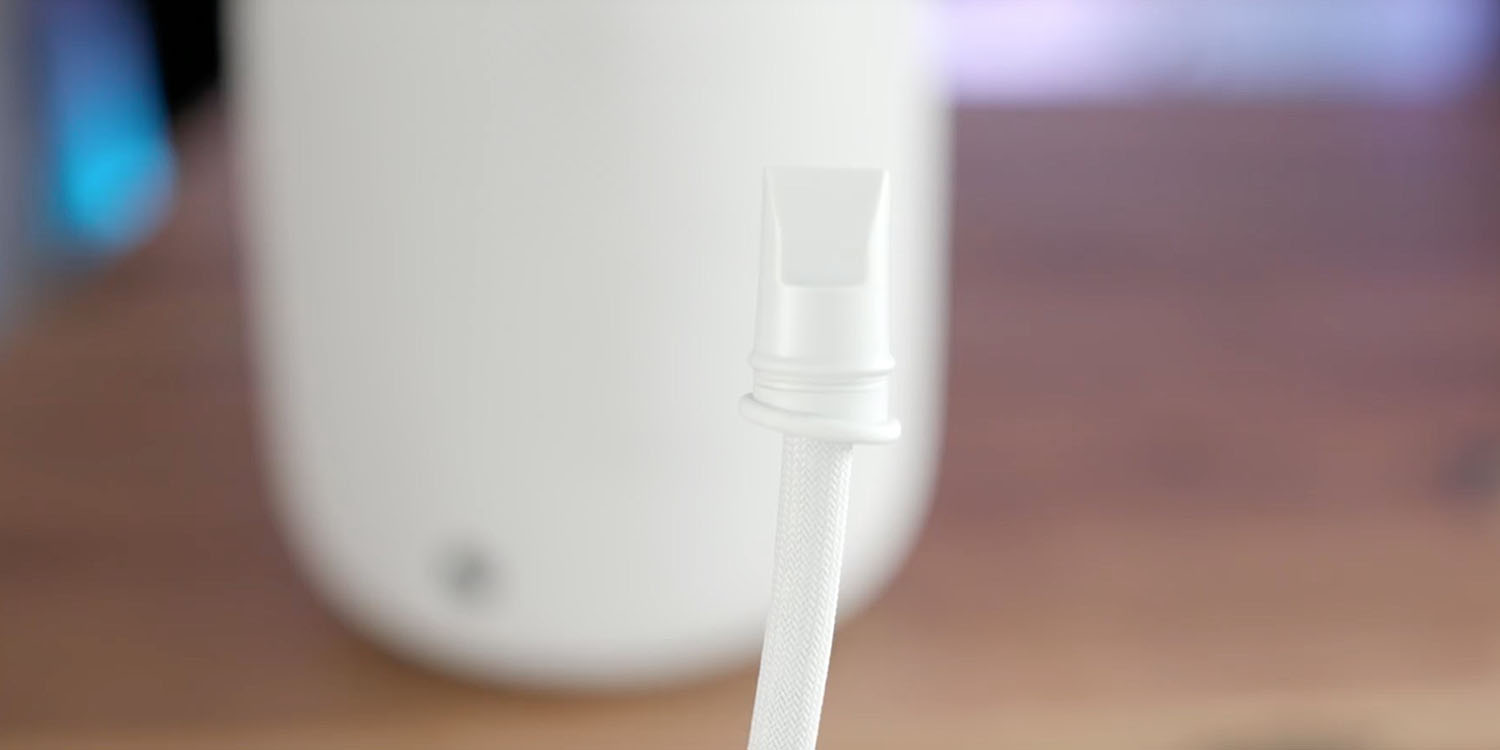 We saw a lot of confusion last week about the HomePod’s cable. We’d heard conflicting stories about whether or not it would be removable, and the confusion didn’t end once it went on sale.

Once it was available, Apple seemed to confirm the non-removable theory by stating that a damaged cable require returning the speaker to Apple.

But then a Reddit user revealed that the cable can indeed be removed, and we confirmed it in a video demo. So what’s the story here … ?

I commented in my HomePod Diary that just as Jony Ive’s vision for the iPhone X was ‘a single slab of glass,’ the HomePod design vision appears to be ‘a single speaker grille.’

It’s clear that the design brief for the product was to have absolutely no visual distractions. Even down to not having a visible play/pause button despite the functionality being present (the round shape meant Apple couldn’t avoid visible +/- volume buttons).

So objective one for the cable was clearly to have the socket for it be as unobtrusive as possible. The cable should simply disappear inside the speaker. That means no visible strain-relief, no plastic-sheathed grip area and no power socket surround visible in the grille.

This objective could have been achieved by having it directly wired to a circuit board inside the speaker, such that replacing the cable would require opening up the speaker. So why didn’t Apple do that?

So if it’s removable, why not make it a user-replaceable part? I think this is an electrical safety issue. As we’ve seen in Jeff’s video, removing it means pulling on the cable itself – normally an absolute no-no where power cables are concerned – and yanking really hard. It then has to be pushed back into place onto two rather delicate-looking prongs.

Couple the risk of damaging the cable when removing it to that of damaging the prongs when pushing it back into place, and I think there’s simply too much risk of ending up with a mains-powered speaker in a dangerous condition.

It’s something that needs to be done carefully by someone who knows what they are doing, and the speaker then given an electrical safety test once complete. That’s something an Apple repair center can do, likewise properly-trained store installers, but not the average customer.

So that’s my theory. The design is about aesthetics. The removability is for store use. And the ‘return to Apple’ repair policy is for electrical safety.