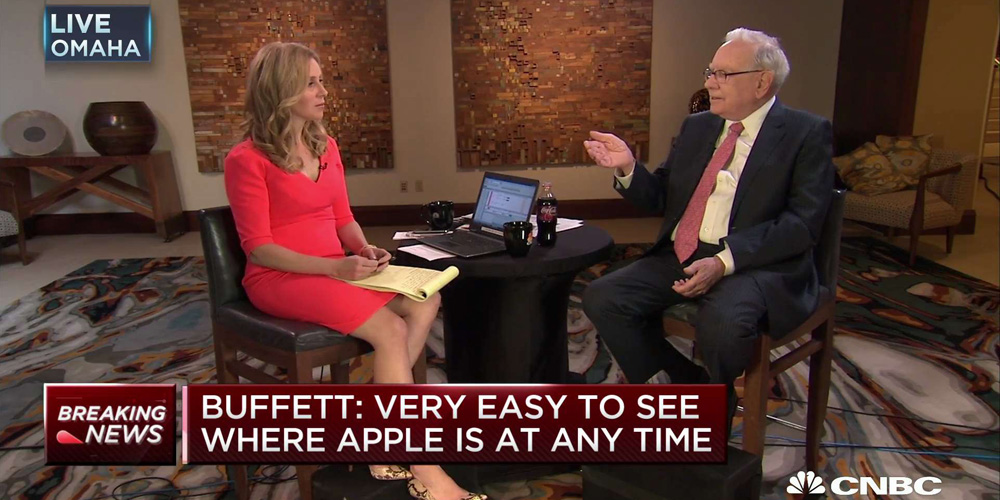 The report explains that Berkshire Hathaway has increased its Apple holdings by 23.3 percent for a grand total of around 165.3 million shares, worth $28 billion. Furthermore, the investment company has offloaded some 94.5 percent of its IBM shares, reducing its holdings to 2.05 million shares.

Last year, Buffet noted that he was more confident in Apple’s future than he was in IBM’s, which is likely a major driver for his recent trades.

Last year, Buffett told CNBC that he was more sure about Apple’s future than IBM’s, and he has continued to put his money where his mouth is (even if he still carries a flip phone).

Almost a year ago to the day, Berkshire Hathaway nearly doubled its AAPL holdings. All of this comes after Buffet famously said in 2011 that Berkshire was unlikely to hold many AAPL shares in the future due to the company’s unpredictable future.

With its recent increase in Apple holdings, Berkshire Hathaway remains one of the largest four shareholders of AAPL. The stock closed up $3.03 today at $167.37.