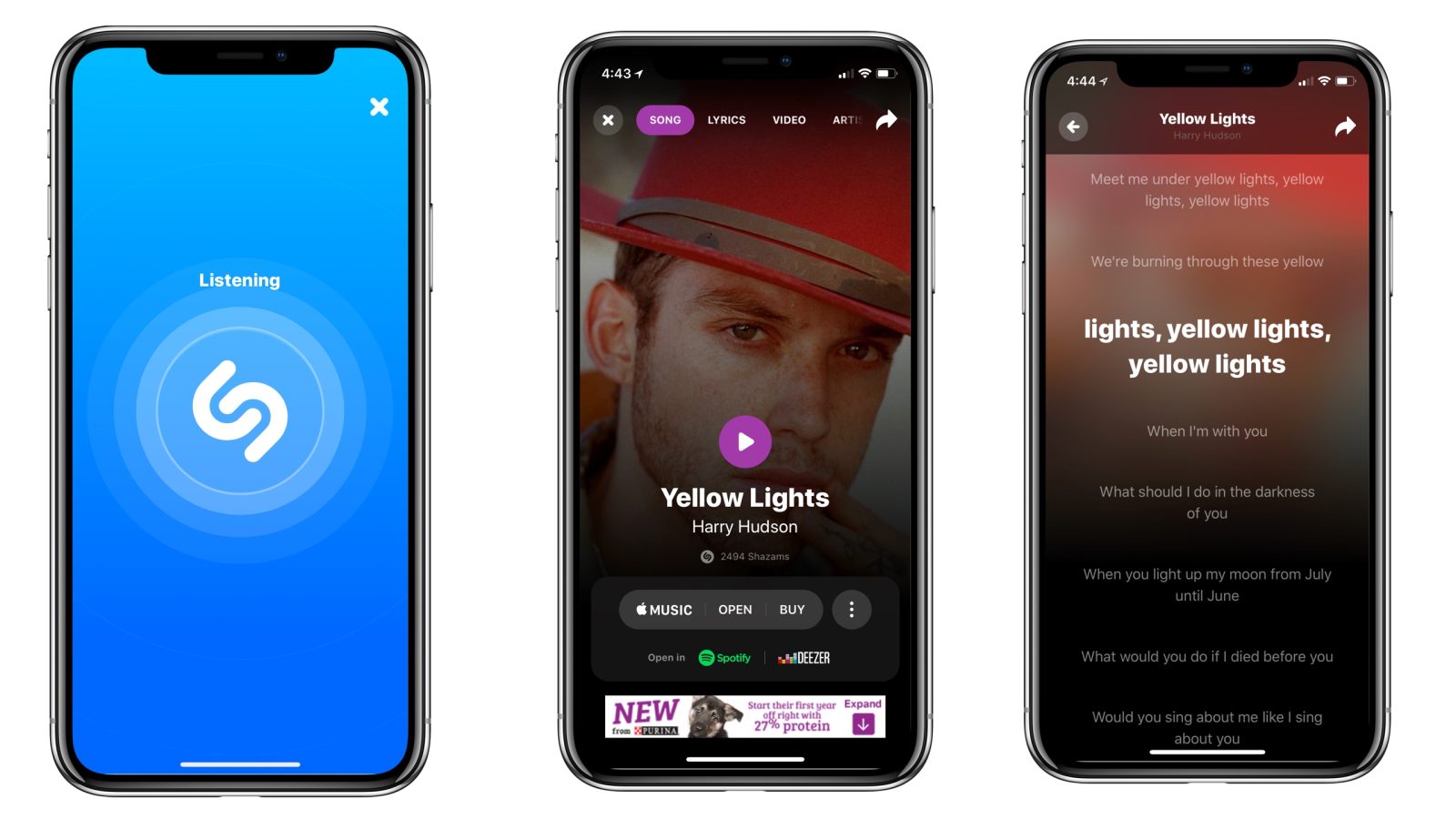 Popular music recognition service Shazam, which Apple announced it would be acquiring back in December, has today released a new version of its iOS app. The update brings Shazam to version 11.7 and includes interface tweaks and more.

Shazam says that the update includes a brand new design of the song page, which is what you see after you successfully recognize a song. On this page, you now get support for real-time lyrics, which lets you “belt it like you wrote it.”

Furthermore, the redesign brings a more streamlined interface to the song page. Now, when you Shazam a song you’ll see the results and a single image of the artist – which allows you to “focus on the music you were looking to discover in the first place.” Futhermore, Shazam says the new track result menu acts as a one-stop shop for lyrics, videos, and more.

Lastly, today’s update makes it slightly easier for Apple Music and Spotify subscribers to quickly add a recognized song to a playlist.

Your Shazams have a new look!

Once you’ve named that tune, you’ll see a brand-new song page with the following features:

Lyric Syncing: Belt it like you wrote it! With our new lyric-syncing, you’ll see a song’s lyrics in real time, enabling you to not just sing along to any song you Shazamed but finally master those words.

Streamlined Results: Now when you Shazam a song, you’ll get the results and one big photo of the artist behind it—perfect for focusing on the music you were looking to discover in the first place. For more info, simply tap on the artist photo.

Everything In Its Right Place: We’re excited to introduce an all-new track-result menu that makes it easy to view song lyrics, artist videos, updates and more in a single tap. Or swipe.

This is the second update to Shazam since Apple announced the pending deal back in December. The app is a free download on the App Store and Apple says it has “exciting plans in store” for the future.