Snapchat officially responds to anti-redesign petition with over 1M signatures 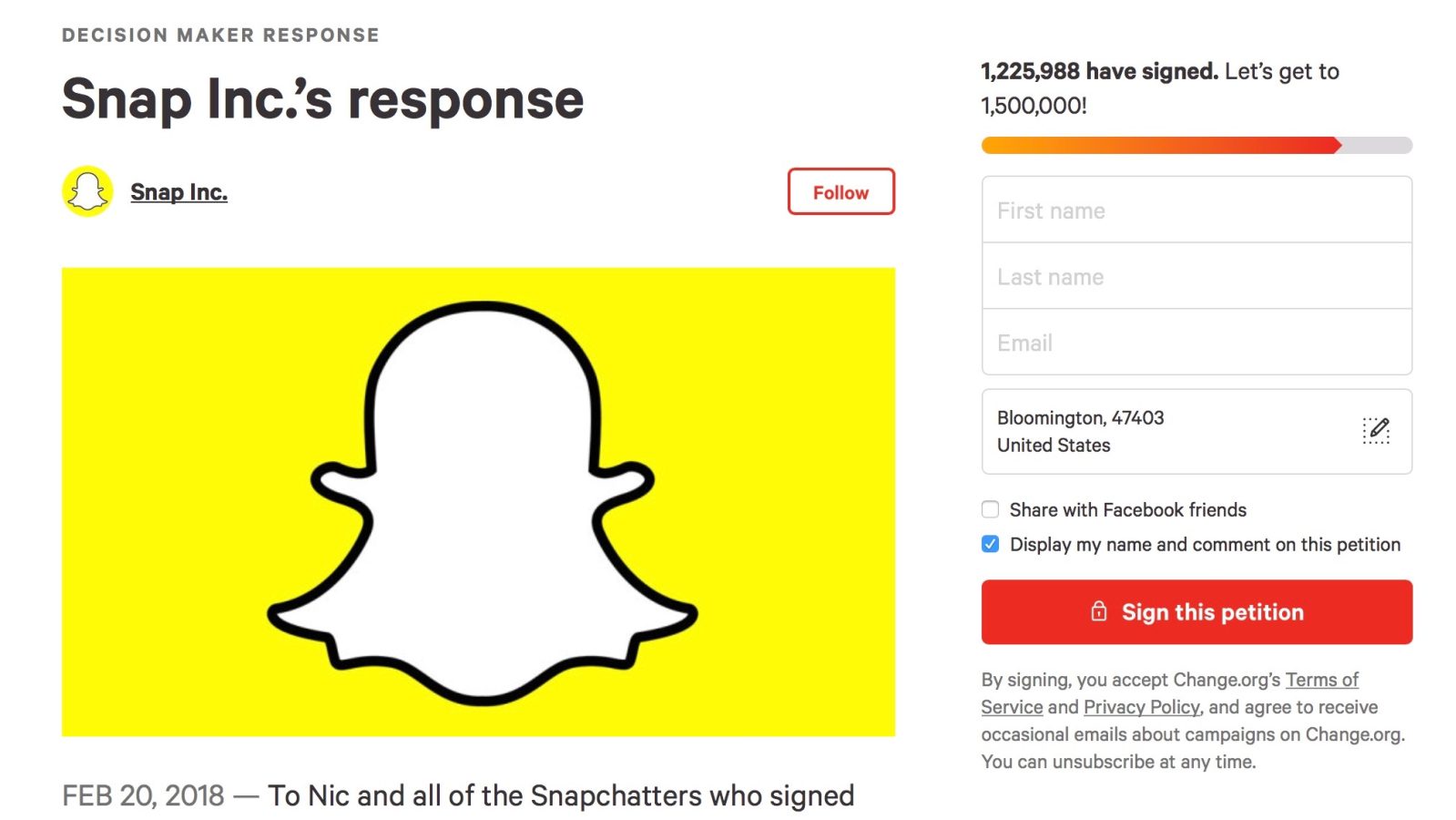 Snapchat today officially responded to a Change.org petition that has accumulated nearly 1.5 million signatures and asks the company revert to the old design of the application. Snapchat’s response to the petition acknowledges upcoming changes that it hopes will make the design more user-friendly, while also defending some of the controversial changes…

Snapchat explains that the goal of redesign was to make it easier to “connect with the people you care about most,” which explains how the app now separates content based on friends and public celebrity account. The Friends page is designed to “adapt to you and get smarter over time,” Snapchat says.

By putting everything from your friends in one place, our goal was to make it easier to connect with the people you care about most. The new Friends page will adapt to you and get smarter over time, reflecting who you’re most likely to be Snapping with at that moment. This same personalization is also true of the new Discover, which will adapt to you the more that you use it.

Of course, the primary issue with the Friends and Discover sections “adapting” to user habits is that, if users are dramatically reducing their use of Snapchat in the first place, the app has less to base its adaptation on.

The company also touts new features coming to the Friends and Discover interfaces that make it easier to distinguish between Stories, Group Chats, and Subscriptions. These features were originally announced yesterday, alongside support for GIF stickers from Giphy.

Beginning soon on iOS, and with Android in the coming weeks, we are introducing tabs in Friends and Discover, which will make it easier to find the Stories that you want, when you want them. Once you receive the update, you’ll be able to sort things like Stories, Group Chats, and Subscriptions, allowing you to further customize your own experience on the app.

The response from Snapchat fails to address the specific call for action in the petition, which is to “change the app back to the basics, before the new 2018 update.” Snap CEO Evan Spiegel, however, has said in the past that the new design is here to stay.

The Change.org petition is just one of many ways that users are trying to get Snapchat to revert to the old design. Just this evening, Kylie Jenner took to Twitter to vent about the new design, undoubtedly giving users more weight in their argument against the changes.

sooo does anyone else not open Snapchat anymore? Or is it just me… ugh this is so sad.