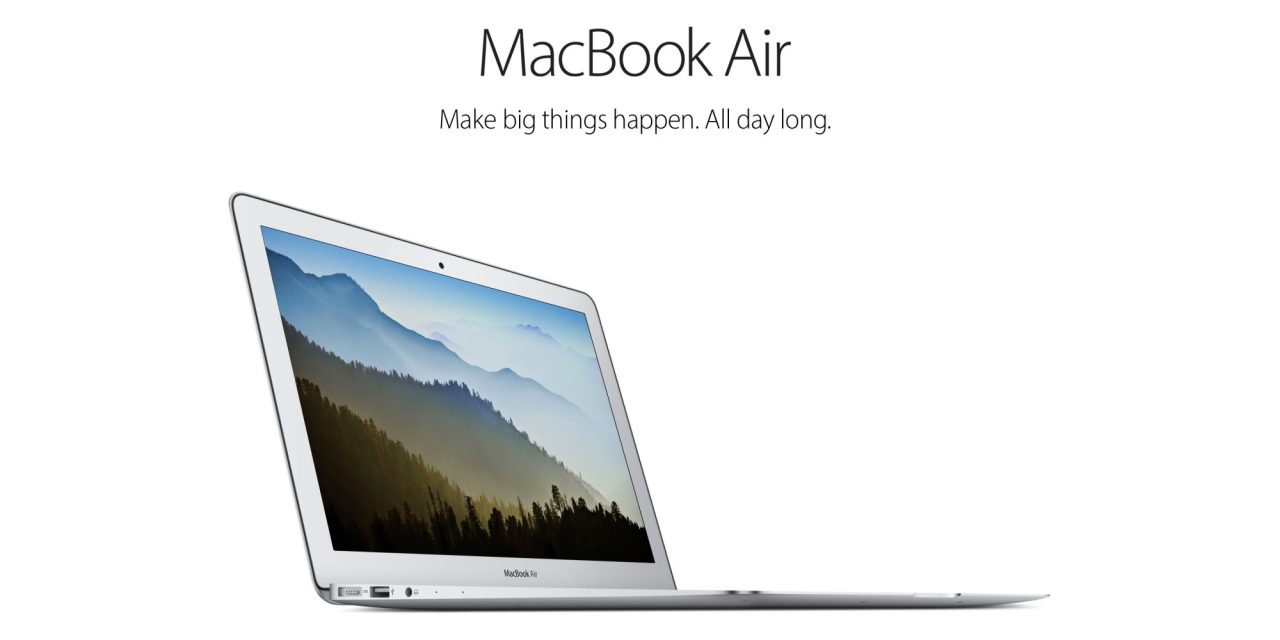 Reliable Apple analyst Ming-Chi Kuo of KGI Securities is today out with a pair of new investor notes on Apple. The analyst offers new supply chain details on the new iPhones coming this year, AirPods demand, and more. Kuo also says Apple is planning a more affordable 13-inch MacBook Air for this year…

Kuo says that he expects Apple to release a new MacBook Air “with a lower price tag” during the second quarter of 2018, meaning we should see it sooner rather than later. The analyst expects that the more affordable MacBook Air will help push MacBook shipments up by 10-15 percent this year.

Details on the new MacBook Air are sparse, but this report from KGI corroborates a similarly vague report from Digitimes earlier this year. The MacBook Air line has been largely stagnate in recent years as Apple has shifted focus towards the 12-inch MacBook and MacBook Pro.

Currently, Apple sells the 13-inch MacBook Air starting at $999, and KGI seems to think it will get even cheaper this year. Despite its neglect by Apple, the MacBook Air remains a popular choice for college students.

The investor notes also offers some additional details on supply chain reactions to the upcoming iPhone refreshes, the growing success of AirPods and more. Kuo says that KGI is “positive” on shipments of AirPods and predicts the refreshed model will come in the second half of the year, driving strong year over year growth.

As for the new iPhones coming this year, Kuo primarily focuses on the entry-level 6.1-inch model, saying it will make for a strong year for suppliers such as Unimicron, as well as Apple partners Wistron and Pegatron.

Kuo also notes that demand for HomePod has been “mediocre” thus far. Overall, the analyst says he holds a “neutral” view of demand for the smart speaker based on “shipping time.” Kuo doesn’t offer any additional info on HomePod shipments or supply chain chatter.

What do you make of Kuo’s latest report? Would you be interested in a more affordable 13-inch MacBook Air? Let us know down in the comments.