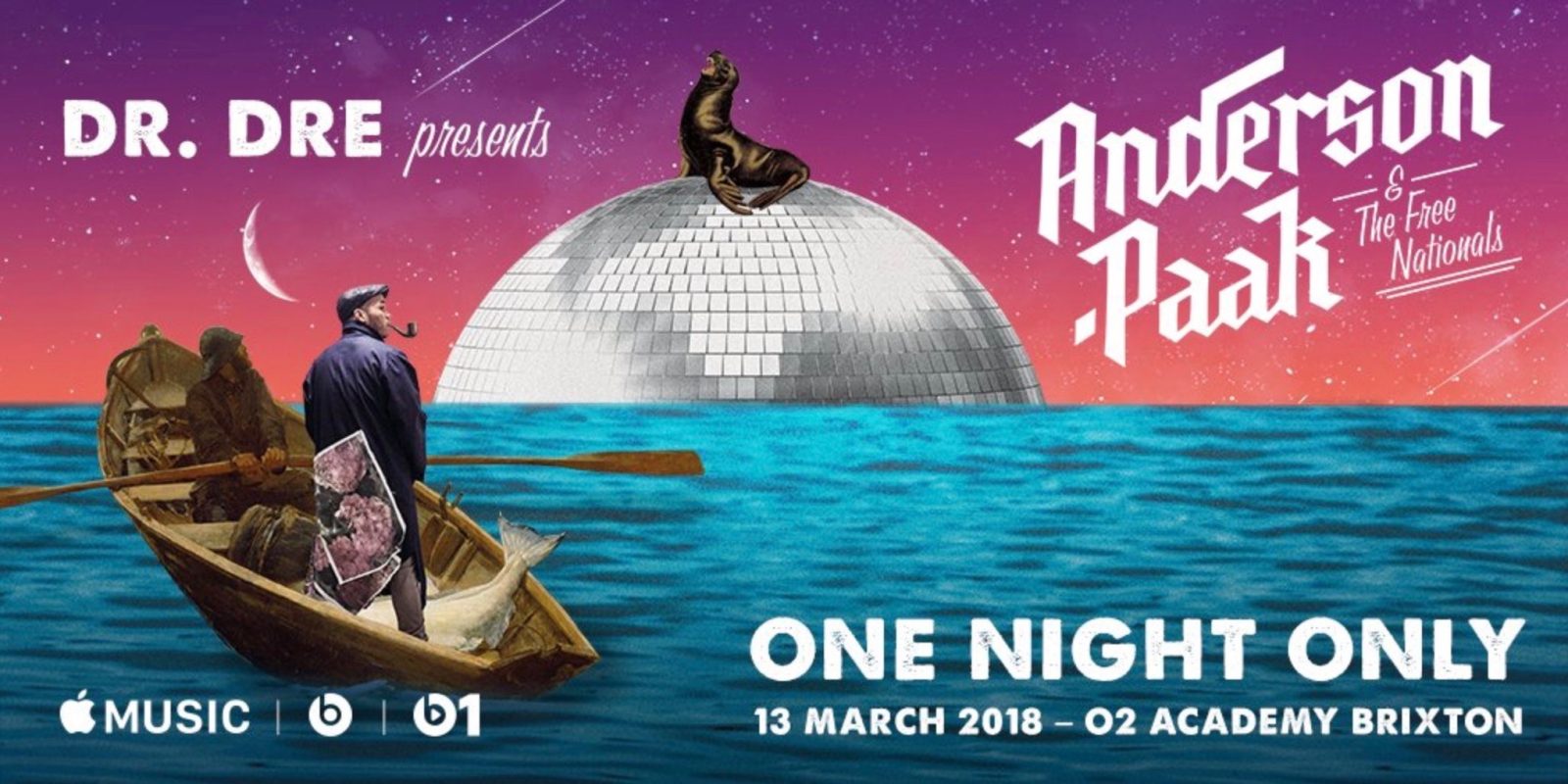 Apple has today announced that its music streaming service will be sponsoring a free Anderson .Paak concert on March 13 in London. The one-night only concert is being presented by Dr. Dre and seems to be the first major public concert put on by Apple since the company shut down its Apple Music Festival.

The concert will be free and tickets will be available to those interested starting tomorrow at 9am local time (4am ET, 1am PT) via Ticketmaster. The renowned O2 Brixton venue seats about 5,000 people, so tickets for this could go quick.