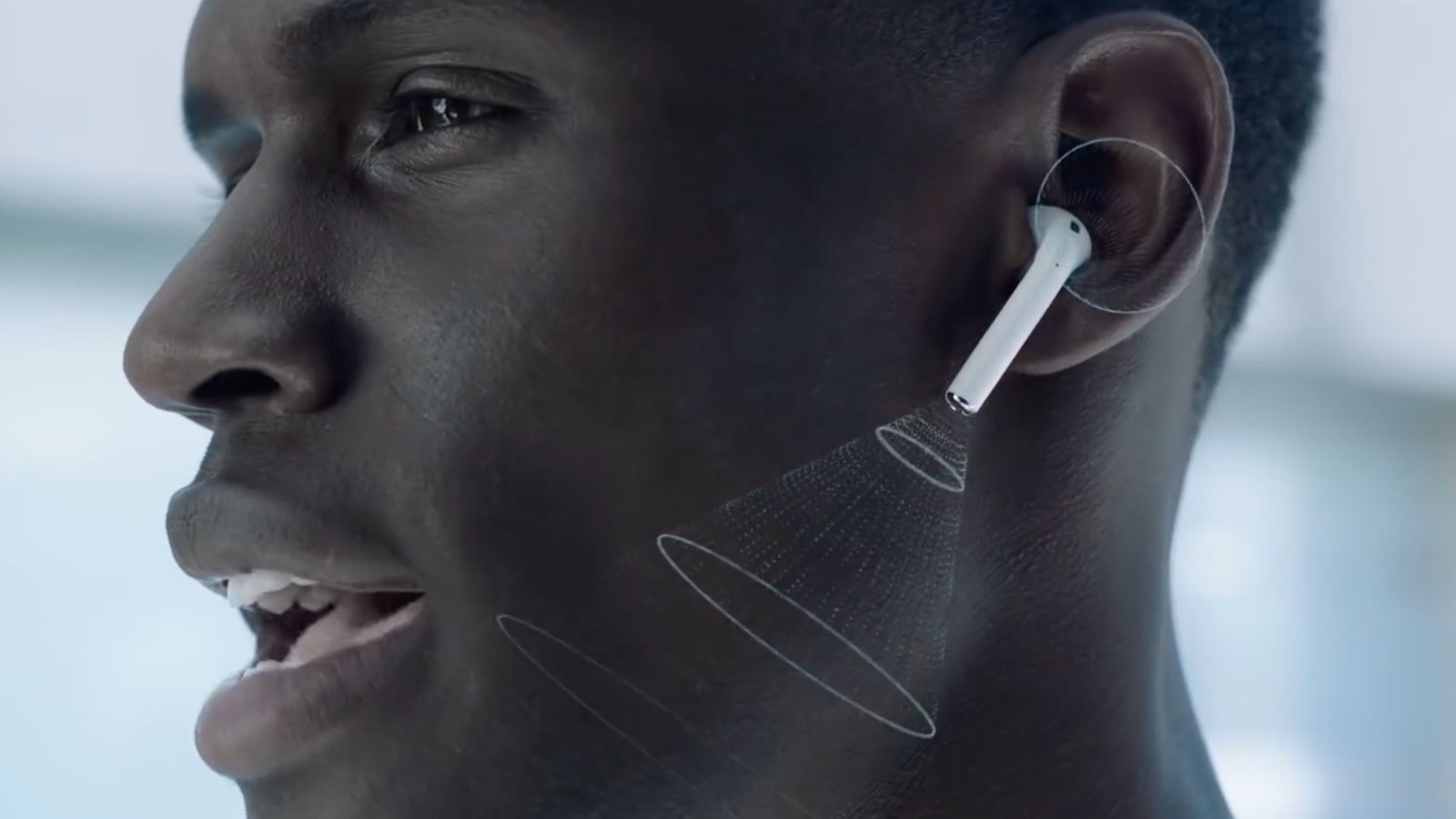 Barclays has released its latest analyst report. The analysts, who have a mixed track record of accuracy, indicate continued iPhone 8 and iPhone X ‘weakness’ is being partly offset by continued sales of iPhone 7. Most interestingly, the report says to expect new AirPods in early 2019 with noise cancelling features.

Due to the small form factor of AirPod earbuds, noise cancelling is very unlikely to rival bigger cans with active noise cancellation like the Beats Studio 3. However, Barclays suggests that there will be design changes and improvements over the current AirPods.

Barclays says AirPods demand continues to increase and predicts up to 30 million units sold across 2018.

The original AirPods debuted in December 2016, but the release window for a second generation model remains unclear. Bloomberg has reported that there could be a new second-generation model sometime this year with integrated ‘Hey Siri’ voice coprocessors, as well as another revision in 2019 with basic waterproofing features.

The Barclays analysts does not acknowledge anything new on the AirPods front before 2019, off-handedly suggesting that Apple could cut the price of AirPods in the second-quarter in the interim between hardware updates. The noise cancelling improvements are referred to as using physical analog methods, rather than active noise cancellation using electronics as seen in the latest Beats Studio headphones.

As such, you could maybe see how the Bloomberg and Barclays reports mesh together. Water-resistance means adding seals and extra covers to prevent water from getting in, which also implies more stuff between the ear and the outside world, leading to better noise isolation. It’s very possible that the flagship design changes are made primarily for water-resistance and less exterior noise is actually just a nice side benefit.

Officially, Apple has announced that it will release a new AirPods case with support for wireless charging alongside the also-yet-to-be-released AirPower mat. The release date for AirPower is unknown; Apple has just promised a launch sometime in ‘2018’.

In terms of iPhone predictions, Barclays reiterates what KGI has previously reported wholesale with a new 6.1-inch LCD iPhone resembling the iPhone X exterior design at significantly lower price points, keeping Face ID but with lower specifications in other departments. The iPhone X as we know it today will be discontinued and replaced with a new model featuring 4 GB of internal RAM in the fall, alongside a 6.5-inch ‘iPhone X Plus’.