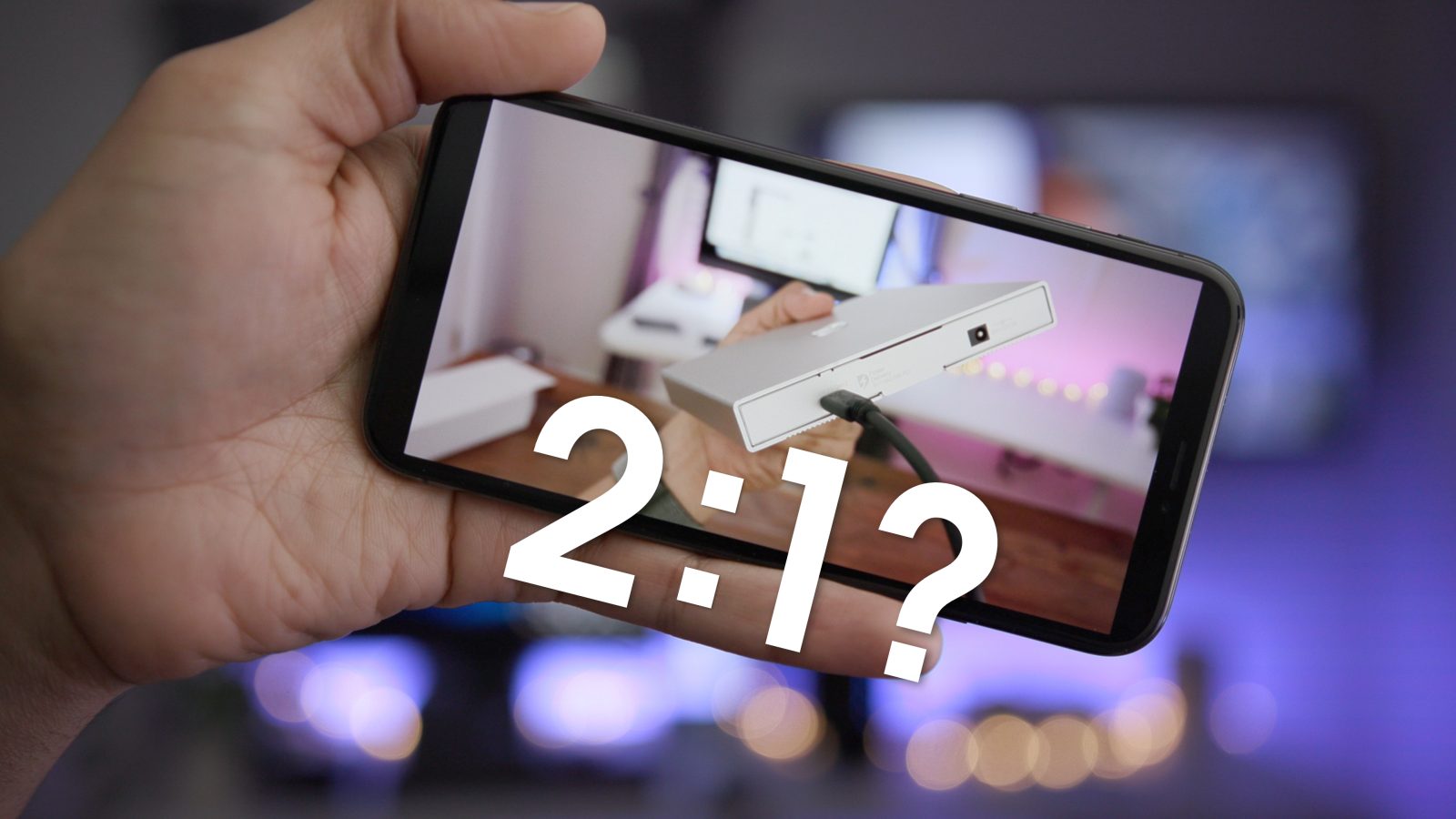 Recent smartphones like the iPhone X, Galaxy S8/S9 and Pixel 2 XL feature wider screens than their predecessors. In fact, this is an ongoing trend in the smartphone world, smaller bezels coupled with taller phones featuring wider screens.

Such a change has affected the way traditional 16:9 widescreen video is displayed on modern phones. The result is an image that doesn’t take up as much screen real estate as it could, leading to a more prominent pillarboxing effect.

In this hands-on video, we discuss why you should consider adopting 2:1 video to better take advantage of today’s modern smartphone displays, and how to go about doing so in Final Cut Pro X.

The idea of adopting 2:1 video was first brought to my attention via Jonathan Morrison by way of Armando Ferreira. I recommend that you check out both of their channels, as both make excellent tech videos and are always dropping knowledge about cameras and video.

2:1 – the best choice for modern smartphones?

Apple’s iPhone X Human Interface Guidelines help showcase why I believe that the 2:1 aspect ratio is the best choice for video on iPhone X. First and foremost, video composed with a 2:1 ratio fills the entire display in the iPhone X’s fit-to-screen viewing mode. Other aspect ratios, like 16:9 or 21:9 feature either a letterbox or pillarbox effect. 2:1 video features no such compromises on the iPhone X.

The second point is that 2:1 video defaults to “embrace the notch” using the iPhone X’s full-screen viewing mode. Keep in mind that third-party apps like YouTube feature their own jurisdiction, and may choose to behave differently with regard to default viewing modes.

Embracing the notch with 2:1 video results in some loss of video on the edges, but less so than other aspect ratios. With all of this in mind, I think that 2:1 is the best choice for video on the iPhone X. 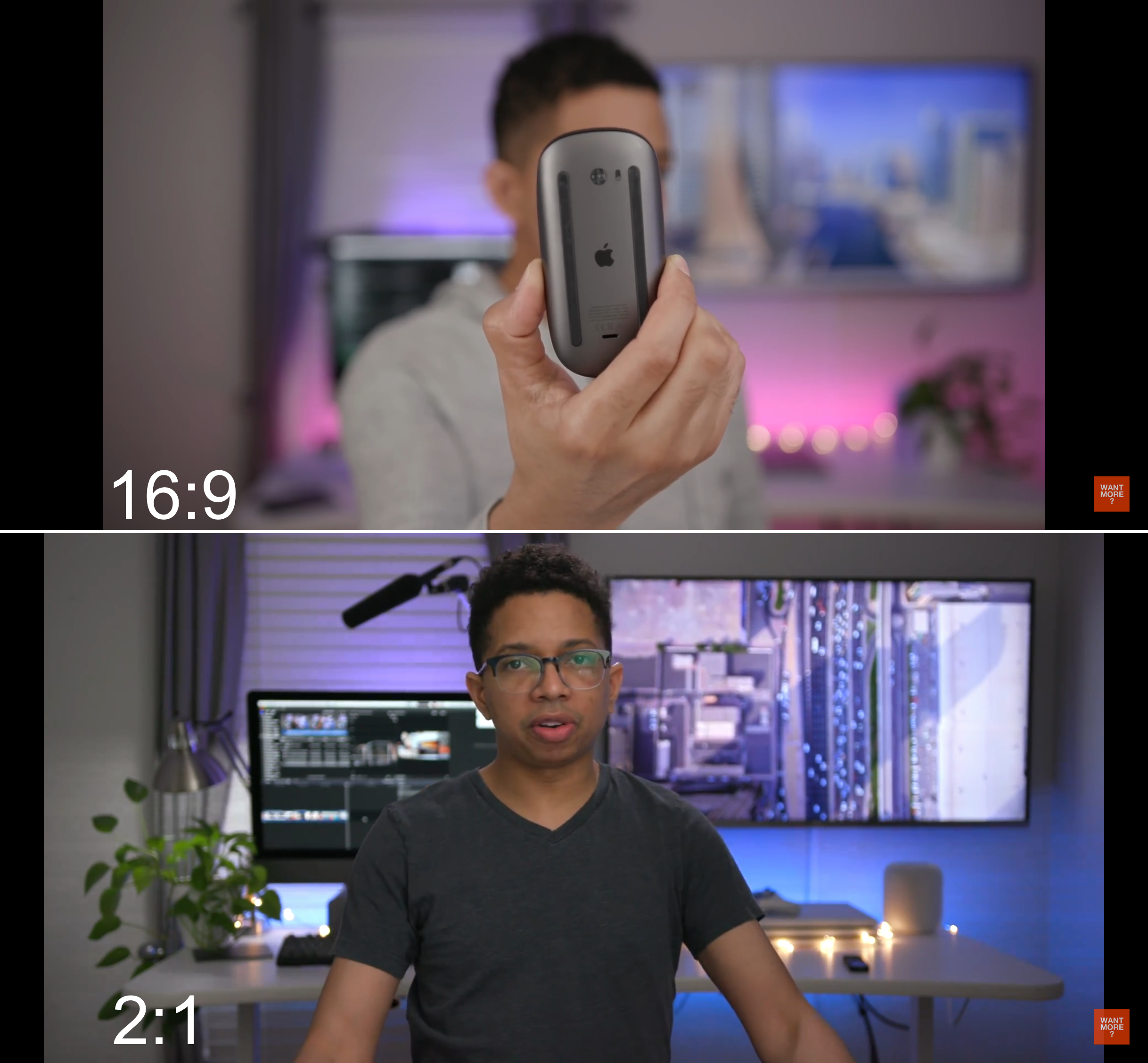 2:1 video (right) fills the display up until the point where the screen begins to curve

Letterboxing is annoying, but it’s much less pronounced than the 16:9 letterboxing we experienced back in the day on 4:3 tube television sets. To be honest, it actually isn’t all that bad. And considering that more and more people are watching video on the go, I think it’s a good idea to optimize video playback on devices where your videos are watched most.

Another thing to consider is that the majority of the iPhone user base is still using devices with a 16:9 aspect ratio, including the current generation iPhone 8 and iPhone 8 Plus. It’s going to take many years before all iPhone devices feature screens with the wider aspect ratio, but the trend is slowly moving in that direction (at least for the time being). The top three flagship phones: iPhone X, Pixel 2 XL and Galaxy S9 all feature wider displays.

While some cameras or camera apps may feature a setting to shoot video directly in a desired aspect ratio, chances are the video you’re shooting is filmed in 720p, 1080p, or 4K UHD, resolutions that all featuring 16:9 ratios. The good news is that it’s very easy to recompose a shot in post using Final Cut Pro X.

First and foremost, you’ll need to determine your current resolution, and convert it to a 2:1 aspect ratio.

Cropping lends the editor some vertical leeway when it comes to compositing the final shot. You can use Final Cut Pro X’s Inspector to move the video on the Y-axis (+/- 120) to arrive at a final composition that works for you.

In our video example, I recompose a 4K UHD shot to fit and fill a 2:1 aspect ratio:

Step 1: Create a new project and select Custom for the video resolution. 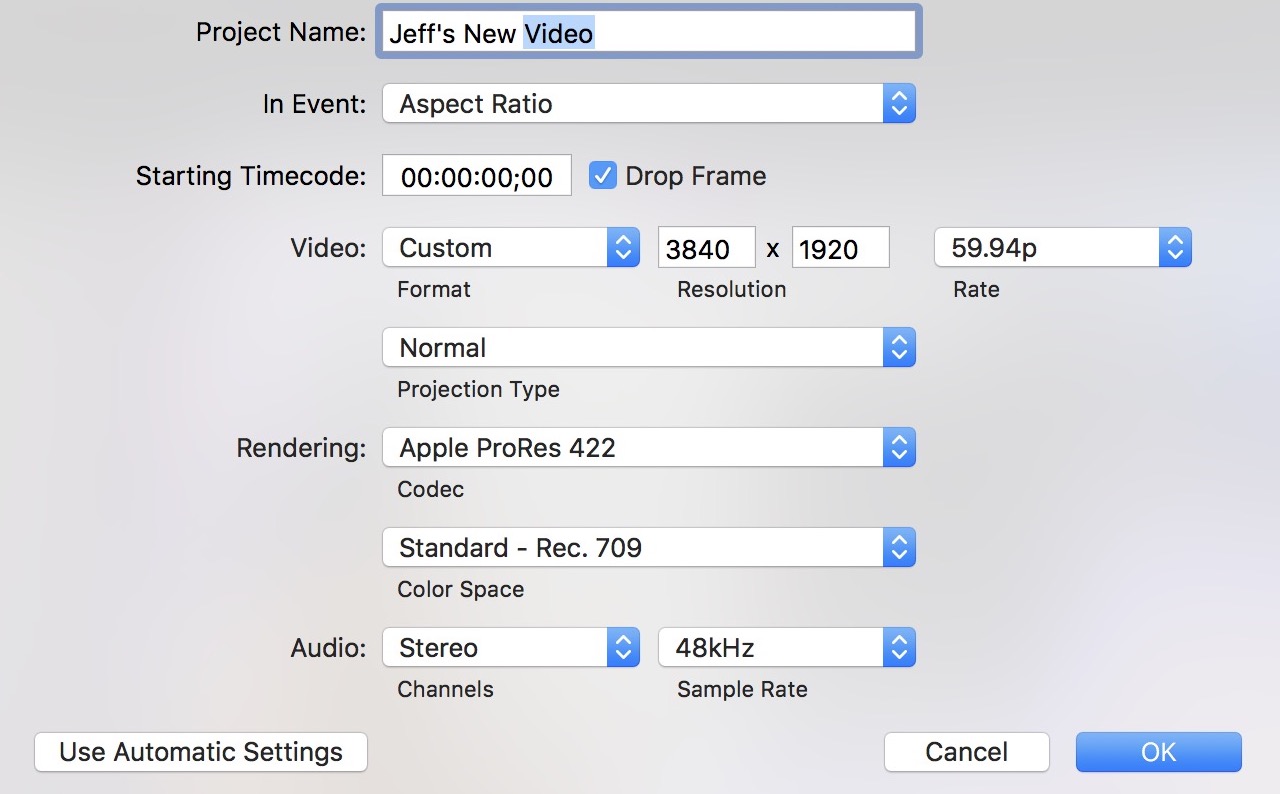 Step 3: After creating the project, ingest the desired media, and use the Scale (All) option to scale to 112.5%, which is the amount of lost resolution we need to compensate for.

Step 4: Use the Y position field in the inspector to recompose the shot as desired.

Use these settings for any UHD video that you add to the project. Once you’re finished cutting and editing, you can send the video to its final destination in the 21:9 3840×1920.

Our latest episode of Back to the Mac, episode 006, was composed with a 2:1 resolution:

Depending on the camera you use, your editing app of choice, and your final viewing destination, there are a lot of potential variables involved when deciding to adopt 2:1 video.

Ultimately you’ll need to determine if it’s the right decision, and if the extra time required to invest in such a decision is worth it. There’s no denying however, that on the iPhone X’s display, 2:1 video is superior to traditional 16:9 media. What do you think?

Twitter user @ninnydotnet informed me about a feature that I was not aware of, even though I’ve been using Final Cut Pro X for the last 7 years or so. Spatial Conform is a setting that will let you adjust video to automatically fill a given aspect ratio, which eliminates the need to “scale” as I noted above. It’s basically the same thing, and it still results in a scale that eliminates a bit of resolution, but this allows Final Cut Pro to invisibly handle the scaling for you. You can find the setting by in the Video Inspector by selecting a video clip in the browser, not the timeline. It’s a setting that I’ve seen countless times before, but it was hidden, and I never bothered to check it until now.