AirPlay: Naming Apple TVs and HomePods to avoid (2) and other issues 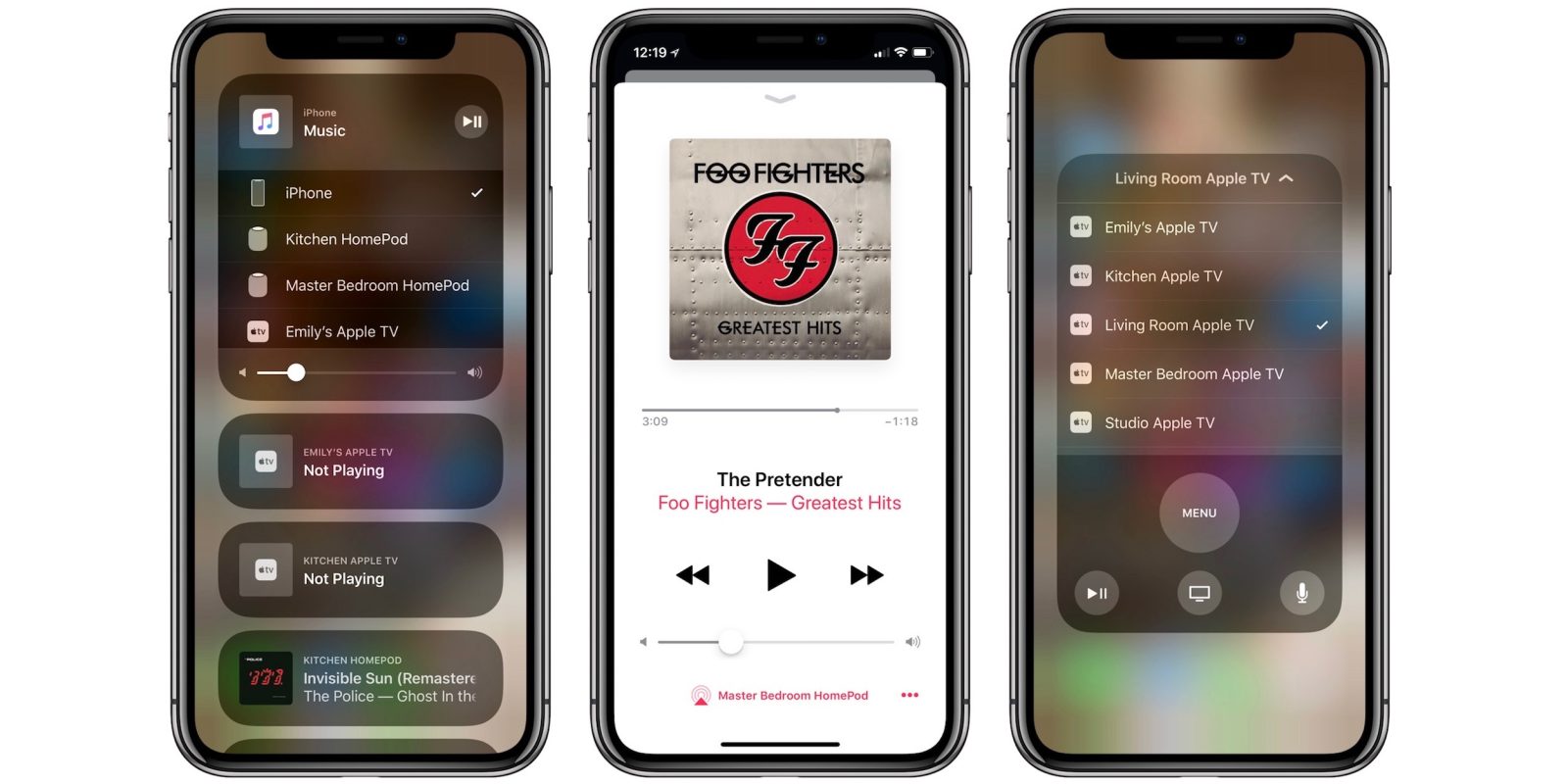 While it’s perfectly reasonable to have an Apple TV and a HomePod in the same room, Apple hasn’t optimized parts of its software to handle this very well. For example, if you name both your Apple TV and HomePod ‘Kitchen’ as the software will suggest, the result is the second device appending a (2) to the device name.

That’s clunky but it works. The trickier issue this creates is how AirPlaying system audio from macOS works. iOS and iTunes provide device icons to distinguish between Apple TVs and HomePods, but the system audio menu omits these which makes naming devices by room even more confusing.

Ideally, Apple would consider how this currently works and address the shortcomings without requiring a workaround. Naming devices by room as suggested by the software makes sense in shared spaces.

Functionally, it’s not a major issue on iOS. Dealing with ‘[Apple TV icon] Kitchen’ and ‘[HomePod icon] Kitchen (2)’ is aesthetically ugly but it works. That same format works when using AirPlay from iTunes.

Clunkiness aside, the real confusion kicks in when sending system audio from a Mac to an Apple TV or HomePod over AirPlay outside of iTunes. This works easily by clicking the volume icon in the menu bar on macOS, which reveals available output devices including Apple TVs and HomePods on the same Wi-Fi network. Unlike iOS, or iTunes, macOS’ native volume menu does not display an icon next to the device name.

Without unique naming, the output devices list will offer up ‘Kitchen’ and ‘Kitchen (2)’ in the example we’re using. If you know which device was named first, you can guess which target is what — but it’s not obvious or apparent.

The easiest solution (without creating wacky, unique names for devices) is to append the device type as a suffix to the device room name. 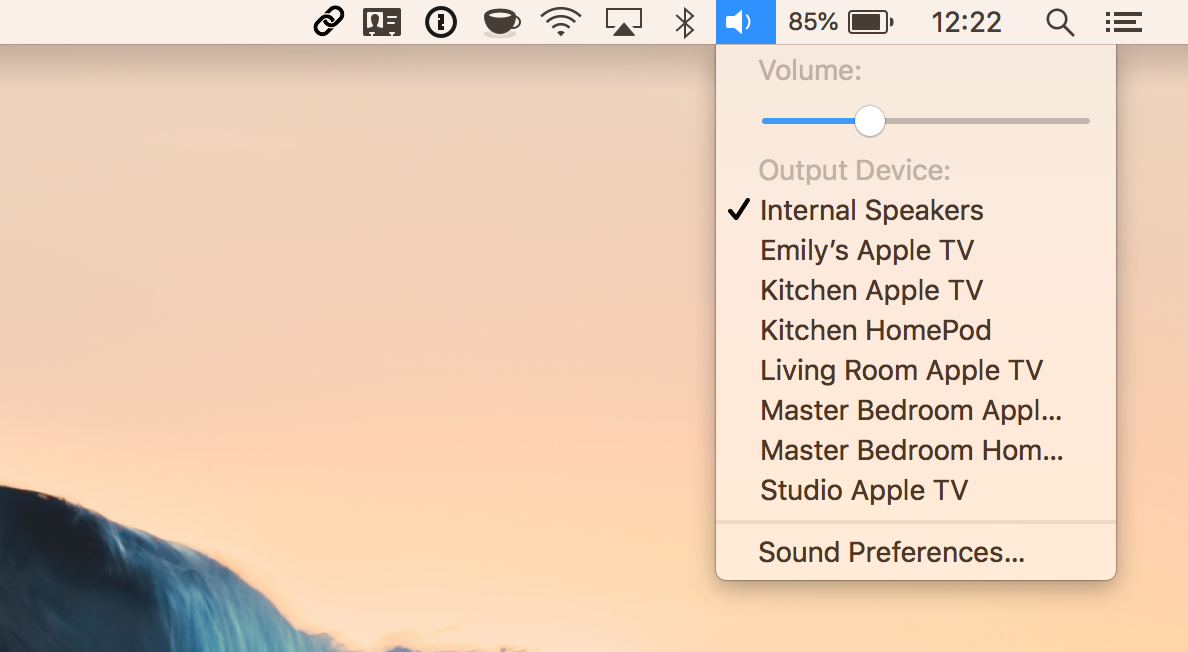 The downside to this approach, aside from requiring an extra step for each device, is it’s less minimal and clean when the device icon and device name are both listed — but it’s a cleaner solution than having (2) suffixes.

Apple TV can be renamed from the Settings app on tvOS: Settings → General → About → Name → Custom Name… → Input Custom Name. You can type this in manually with the Siri Remote, take a shot at dictating it with voice, or using the Apple TV Remote app on iPhone or iPad to type it in.

tvOS will recommend a list of room names like ‘Kitchen’, but these lack the Apple TV suffix so you’ll need to manually enter it from the Custom Name field. (Prior to the fourth-gen Apple TV, Apple TV names actually included both the room name and product type in the recommended name list.)

HomePod can be renamed from the Home app on iOS. Find the HomePod from the Favorites section or the Room tab in the correct room, then 3D Touch or long press on the HomePod tile, tap Details in the lower right corner, then tap the blank field that says HomePod in light gray next to the HomePod icon above the room field.

The Home app may already reference the HomePod by its room and device type, but manually naming it ‘Kitchen HomePod’ will apply that name to AirPlay menus as well and remove any (2) labels.

The result is a clearer list of AirPlay targets and device names — no (2) needed. The downside is effort and potential truncation for longer room names, but that’s preferred to obscure or appended names for me.