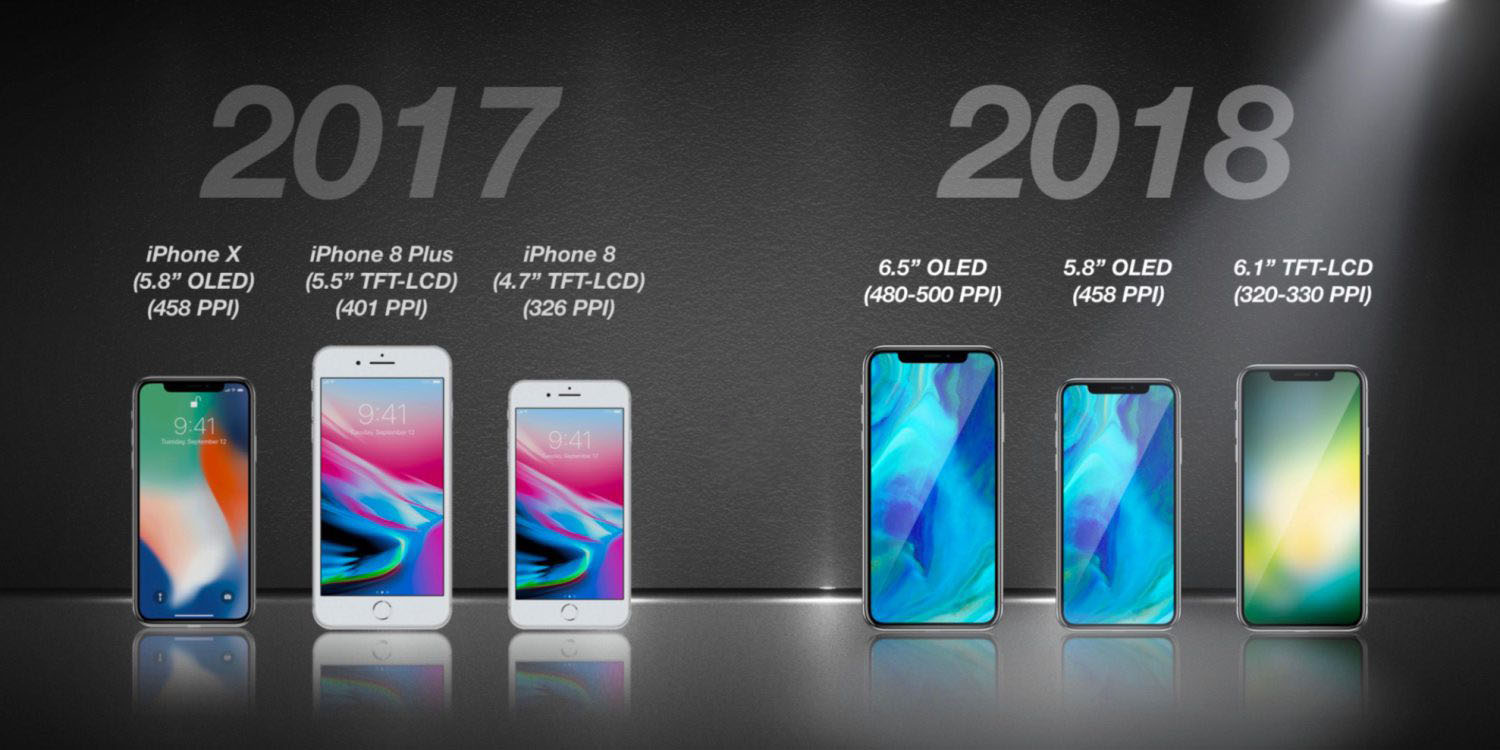 Apple is apparently starting trial production of the 2018 iPhone lineup in the second quarter, according to a report published this morning by Digitimes. Apple is set to debut three new iPhones later this year, an update to the 5.8-inch iPhone X, a larger 6.5-inch device dubbed ‘iPhone X Plus’ and a cheaper 6.1-inch LCD iPhone.

All three models are designed to feature Face ID, eschewing a home button. Apple faced production bottlenecks last year with iPhone X from the 3D face sensing components, something the company is hoping to avoid second time around.

In particular, the iPhone X supply side ramp was held back by limited production of the Infrared lasers used in the TrueDepth camera system. Apple resorted to launching the iPhone X later in the year compared to its traditional cycles. The iPhone 8 and iPhone 8 Plus were released in September as normal whereas the iPhone X did not come out until November.

Some reports at the time indicate trial production of finished iPhone X units did not start until late August, a process that normally concludes in July. Due to the sheer number of devices needed for an Apple product launch, new iPhones are assembled en masse at least a month ahead of the release date.

With all three 2018 iPhones featuring the facial recognition tech, it must be important for the company to ensure supply is strong as soon as possible, as for the 2018 cycle they will not have non-Face-ID models to hold people over in the interim, like they did with the iPhone 8 and iPhone 8 Plus last year.

Limited supply of VCSEL lasers has resulted in Apple essentially monopolising all supply of the components for its devices. Late last year, Apple invested almost $400 million into a company that produces these components. Android manufacturers are unlikely to launch high-volume phones with 3D face recognition until 2019 because of the constrained availability of parts.

Apple is unlikely to have major issues with TrueDepth component supply this time around as it has been dealing with these issues for many months for iPhone X. With trial production starting as soon as April, if all goes well, it seems that Apple’s 2018 iPhone models will launch in the September timeframe – back to the ‘typical’ new iPhone timeline.

The iPhone 11 (or whatever Apple ends up calling it) series is expected to spark upgrades. The 6.5-inch device will bring a thin-bezel OLED screen and notch to the Plus form factor, incorporating a much bigger display in the same physical size as the current 5.5-inch iPhones. The 5.8-inch next-gen iPhone is expected to be an iterative internals improvement over the current iPhone X, with the potential for a small price cut. The 6.1-inch iPhone will apparently retain most elements of the iPhone X design, but use an LCD display and lack some features like 3D Touch. In exchange, the 6.1-inch device is probably going to be significantly cheaper, selling for around $799.