Using Jamf Pro to upgrade devices to iOS 11.3 breaks them; fix on the way 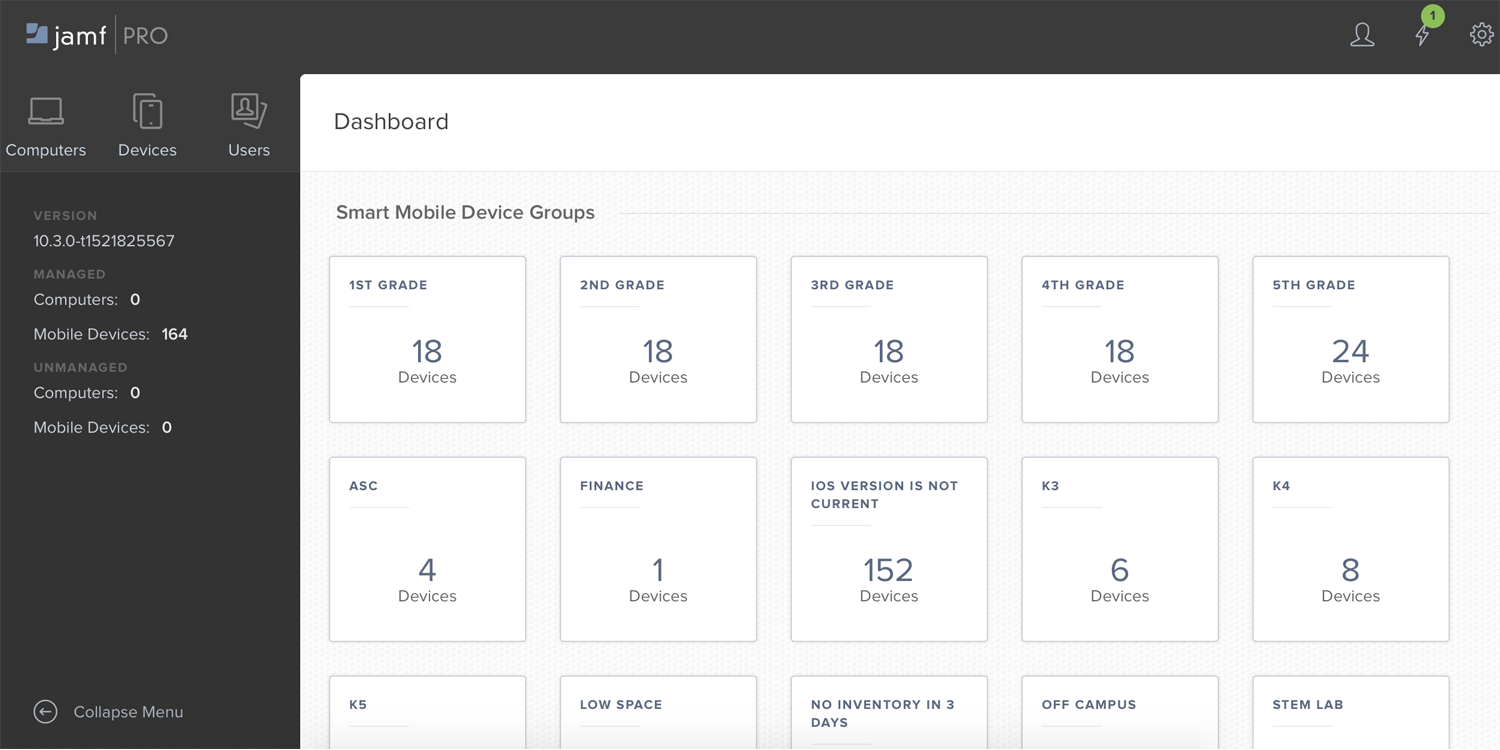 Device management company Jamf has confirmed reports that using Jamf Pro to upgrade devices to iOS 11.3 results in them entering a failed loop, which then prevents them from receiving any further commands. As 9to5Mac’s Bradley Chambers shared, it comes at a particularly bad time for schools as they enter standardized testing season as it breaks the ability to remotely put iPads into single-app/testing mode …

Jamf Pro is a way for organizations to update and control large batches of Apple devices. Originally designed for use at the University of Wisconsin, it is now a popular product with schools and colleges around the world.

Jamf says in its discussion forums that the problem is a bug in iOS 11.3 which results in devices returning the wrong response to the upgrade command.

We have identified an issue when using current and previous versions of Jamf Pro to upgrade devices to iOS 11.3. As a part of the MDM Software Update workflow, Jamf Pro will monitor the status of that update. Devices upgraded to iOS 11.3 are returning a new response that does not match Apple’s documented protocol. This response will cause the device to remain in a failed loop, which prevents it from receiving further commands.

Devices which were upgraded to iOS 11.3 manually continue to work properly with Jamf Pro.

The company says that it is working on a maintenance release which will accept the incorrect response and fix the problem pending an iOS bug fix by Apple. No firm date for this has yet been set, the company saying only that it will be rolling out to all on-premises and cloud customers ‘in the coming days.’

Jamf confirmed to us one piece of good news: the update will fix the issue remotely, so IT admins won’t need to downgrade or re-enroll iPads once it is available.

In the meantime, if you haven’t yet used Jamf to update to iOS 11.3, the company asks you to await the fix before doing so. For those who have already updated, the only known workaround right now is to wipe the iPad, re-enroll it and then set it up from scratch – not a particularly viable option just at the moment.

The problem, ironically, comes after the company announced day-zero support for the upgrade to iOS 11.3.

This is why Apple’s IT services stack is so important. I can get away with these because we are a smaller school. At a larger district, this is a show stopping problem. I have no doubt that if something like this happened with G Suite, it would be fixed today.