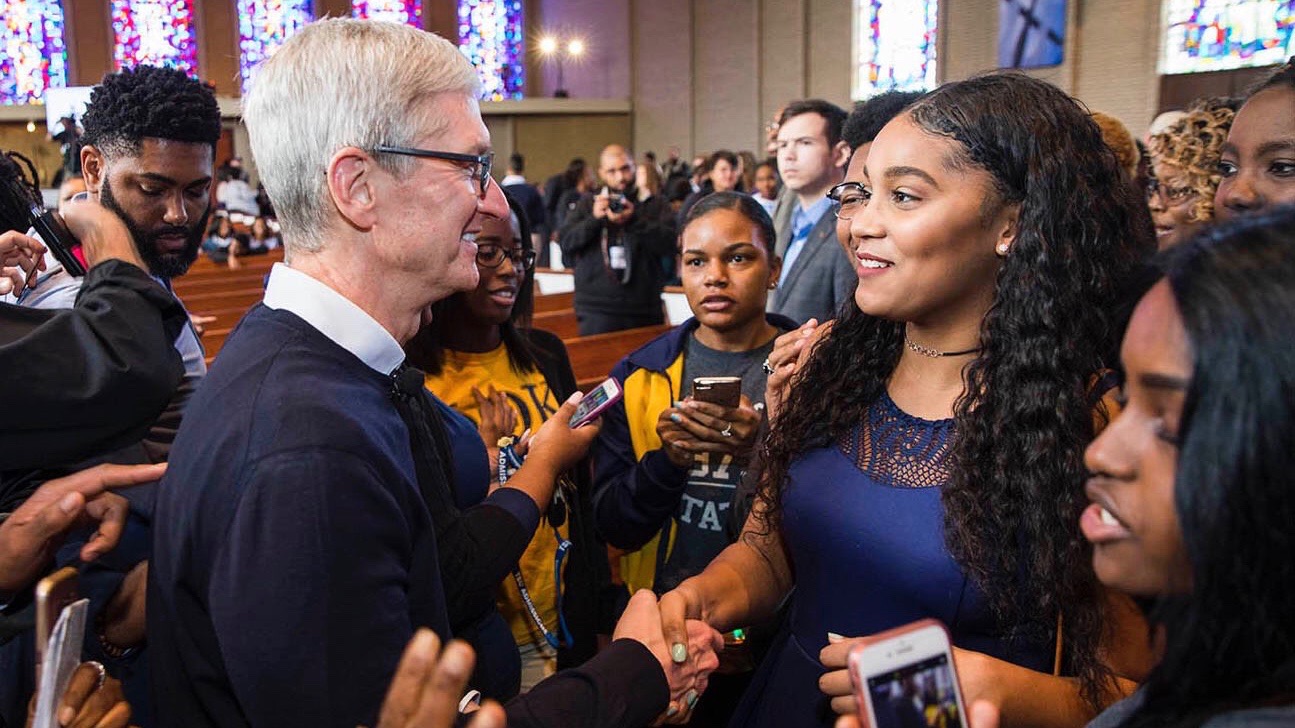 Apple CEO Tim Cook traveled to his home state of Alabama this week to talk coding and reflect on the legacy of Martin Luther King Jr. Cook also stopped in at the Birmingham Metro Southern Christian Leadership Conference to talk to a group of students and take their questions…

Today marks the 50th anniversary of the assassination of Martin Luther King Jr., and Cook says his teachings are still relevant today:

“His teachings are timeless,” Cook said as he spoke to a group of Birmingham area high school and college students Wednesday morning. “If you listen to him today, you feel like he is speaking about today.”

Cook continued on by noting that it’s hard to be “happy with where we are today,” but reminded the audience of the importance of celebrating how far society has come:

“I don’t think any of us in this room are happy with where we are today, he said, “but we can celebrate how far we have come. I don’t believe we would be here without (King).”

“It is a profound kind of point,” he said. “It is so simple, and yet we have all struggled as a people to do that across the world.”

The Apple CEO also offered advice to the young audience, saying they have the ability to change the status quo and that now is not the time to stay silent:

“It is a special time in your life,” he said. “This is a period of time where you can change the status quo. Now is the time to do it. The world needs you more than ever to not be silent.”

Also while in Alabama, Cook visited the ACCS Lawson State Community College, which he says is the first school to roll out the Swift Coding Curriculum statewide. Speaking to AL.com, he yet again voiced his opinion that everyone should have multiple years of coding courses during their schooling:

“I think coding is an essential language now,” Cook said. “My own view is that everyone who is in school should have multiple years of coding before they graduate.”

As usual, Cook took to Twitter a few times during the visit. See those images and tweets below.

Full of hope this morning, hearing from hundreds of Alabama students who are carrying Dr. King's legacy into the future. pic.twitter.com/NDPimMl10A

Great visit @LawsonStateCC. Alabama’s @ACCS_Education is the first to roll out the Swift Coding Curriculum statewide, and students here are learning new skills to show the world what’s possible. pic.twitter.com/3HQKuOOeGr