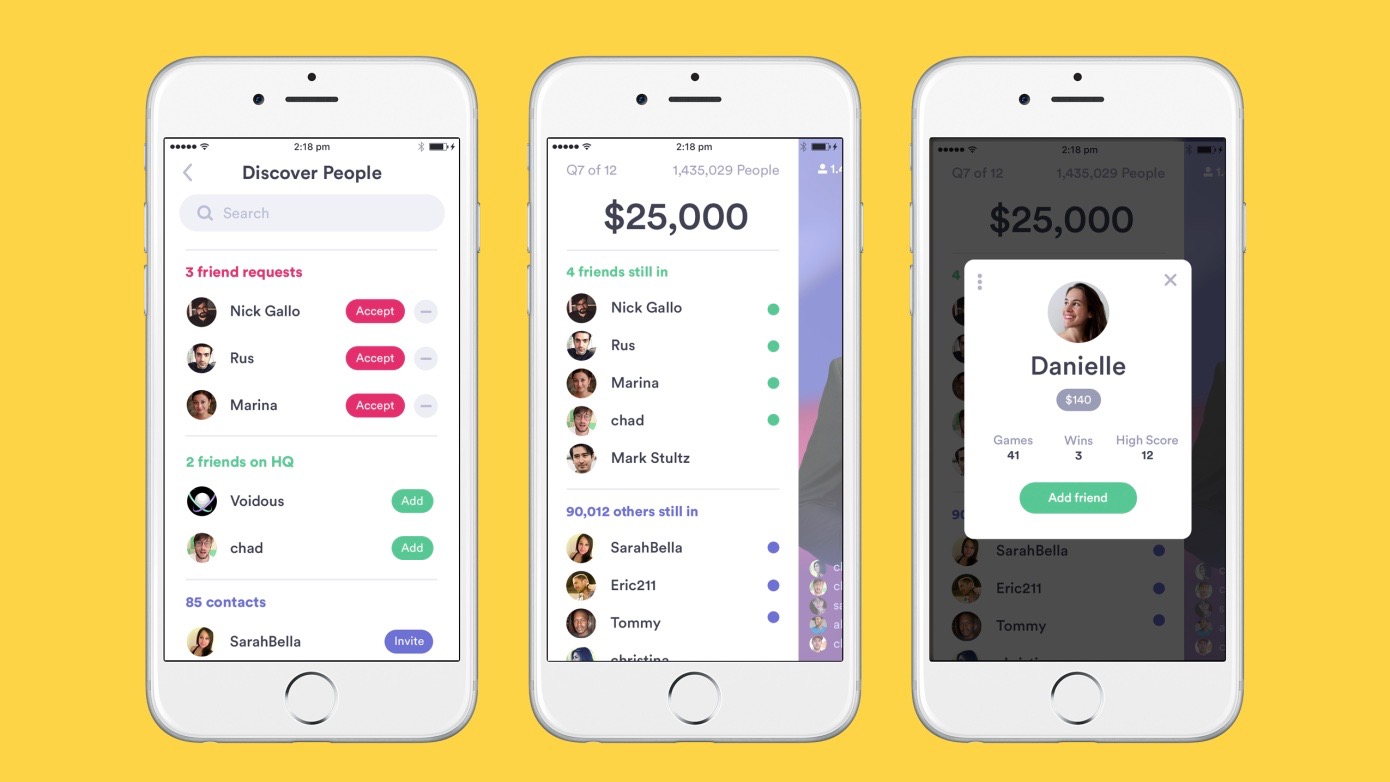 Popular live trivia game HQ Trivia is adding new social features, marking one of the first major updates to the app. TechCrunch reports that HQ Trivia is rolling out a new “Friends on HQ” feature that allows users to search for friends and see direct performance comparisons…

Essentially, the new feature allows users to search for friends and connect with them. From there, friends will be able to see each others’ performance and keep track of factors such as games played, wins, and high scores, as seen in the screenshots above.

Furthermore, during a live game, users can swipe to the right to reveal a list of friends who are still in the game, as well as the full list of all users still playing.

The feature lets users search for and connect with friends and family inside the app. Once users connect, they’ll be able to keep track of how everyone is doing and which friends of theirs are playing in any given quiz match.

For its part, HQ says this is just the beginning in terms of new features it has planned, with the company teasing that this update serves as the “basis” of new features coming in the future:

This update is far from a one-off and seems to signify a shift for the app. According to a spokesperson, “this update forms the basis of a variety of new features that HQ will be rolling out soon, leveraging friends’ connections.”

The new “Friends on HQ” feature is rolling out to U.K. users today and will come to the Untied States “soon after.”

HQ Trivia is a free download on the App Store. Later this week, on Wednesday, HQ Trivia is hosting its biggest game yet at $300,000, with Dwayne “The Rock” Johnson (of Siri ad fame) serving as a co-host.