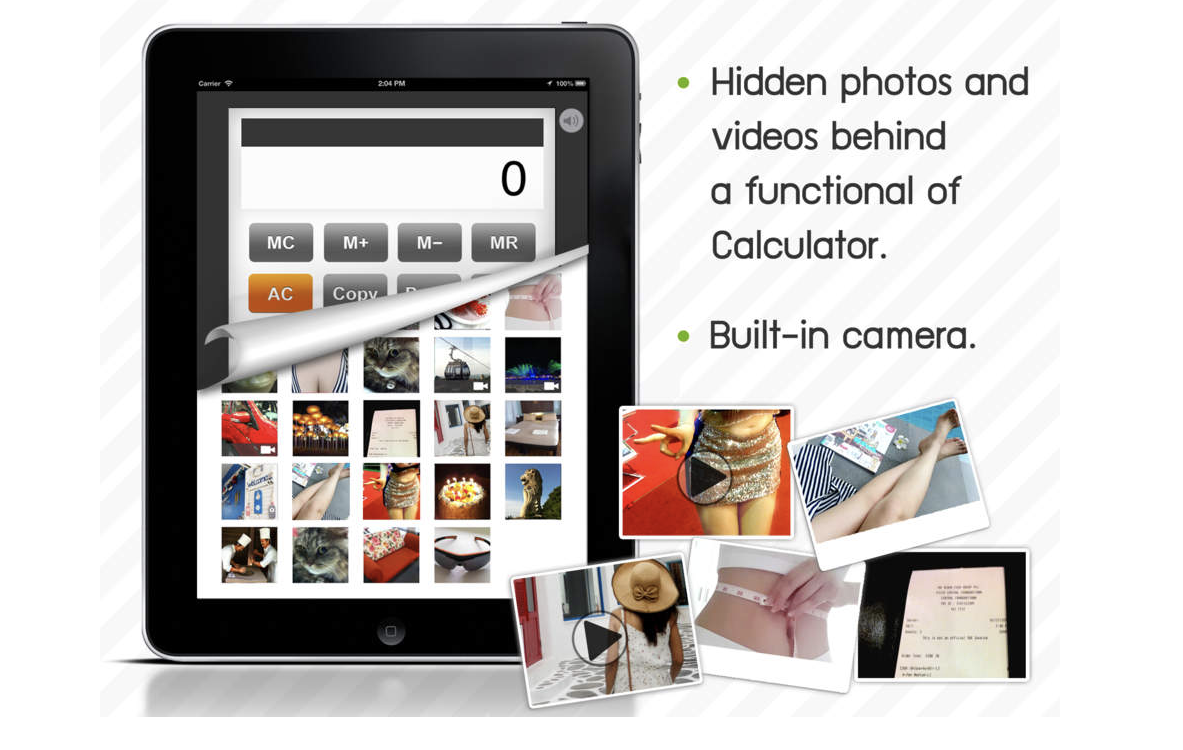 Apple’s app review process while streamlined and quick, doesn’t always catch everything within an app before it is approved and released on the App Store. This time an app disguised as a calculator was able to make it through the cracks, with a hidden photo/video aspect underneath an otherwise fully functional calculator. Business Insider reports that Private Photos (Calculator%) is an app that allows teenagers to hide photos and videos behind what is seemingly a fully functional calculator. The trick is that teens will use a four digit code that will unlock the app’s full potential. Users of the app will even be able to send photos and videos over Wi-Fi to other users.

Now, British police are investigating an undisclosed case where the app was used. The app has seemingly disappeared from the App Store, likely pulled by Apple.

It’s unclear if this app specifically broke Apple’s app policies. The marketing photos on the App Store showed the full functionality of the app, including the hidden photos and videos portion. The app was only available on the App Store and while some of the developer’s apps have been pulled not all of them have.