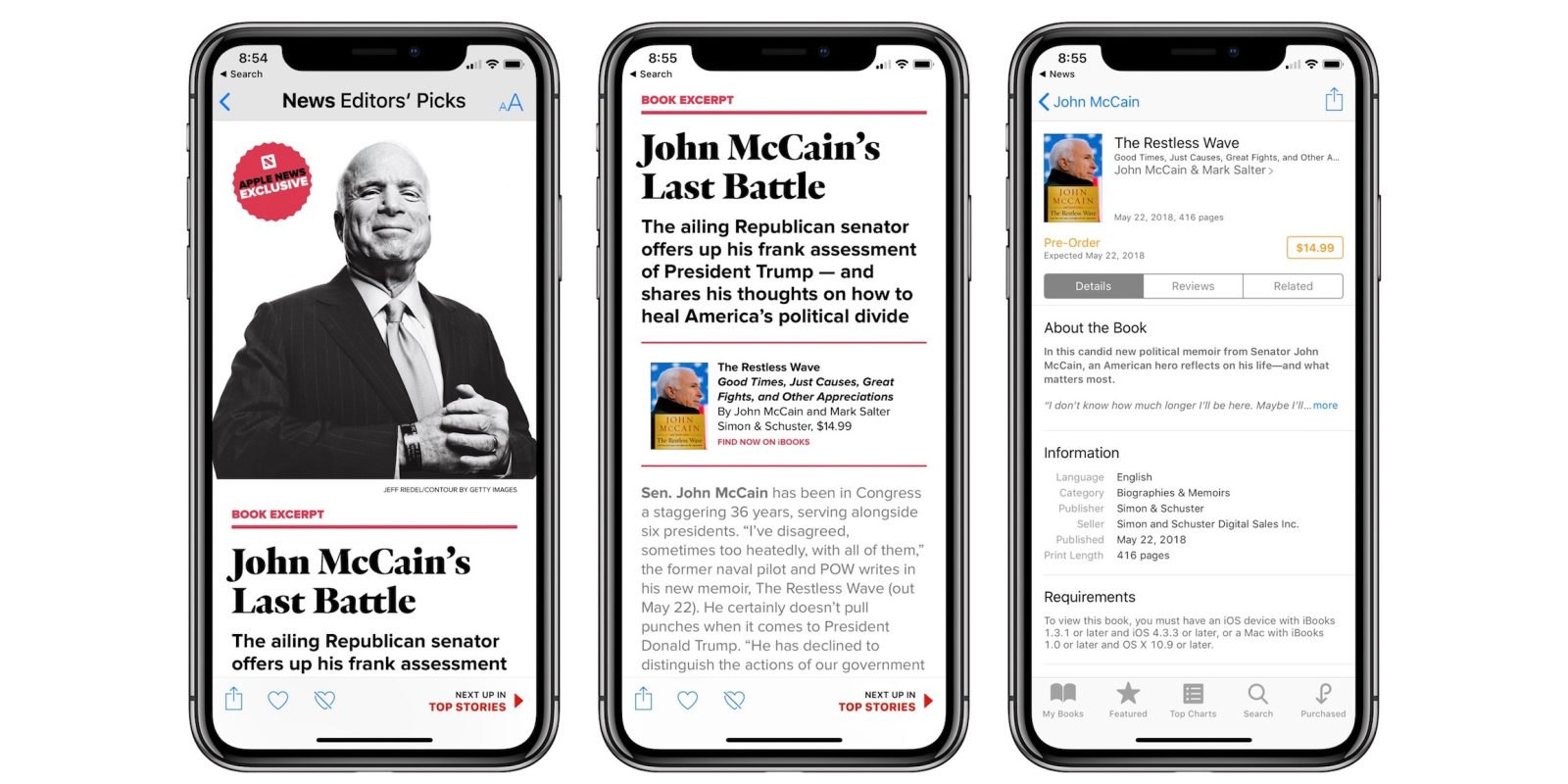 Here’s an interesting observation from Walt Mossberg: Apple News is promoting an ‘Apple News Exclusive’ today, complete with a special badge and top spot on the front page of the app.

The ‘News Editors’ Picks’ exclusive isn’t original reporting, however, but instead a book excerpt from Senator John McCain’s new book due out next month.

“John McCain’s Last Battle: The ailing Republican senator offers up his frank assessment of President Trump — and shares his thoughts on how to heal America’s political divide”

The feature includes a prominent link to The Restless Waves, Senator McCain’s upcoming political memoir, for pre-order on iBooks, followed by a lengthy except including several photos from the book.

The ‘Apple News Exclusive’ wraps up with another link to the memoir’s product page on iBooks (which includes a link back to the section in Apple News) where Restless Waves will be available starting May 22. 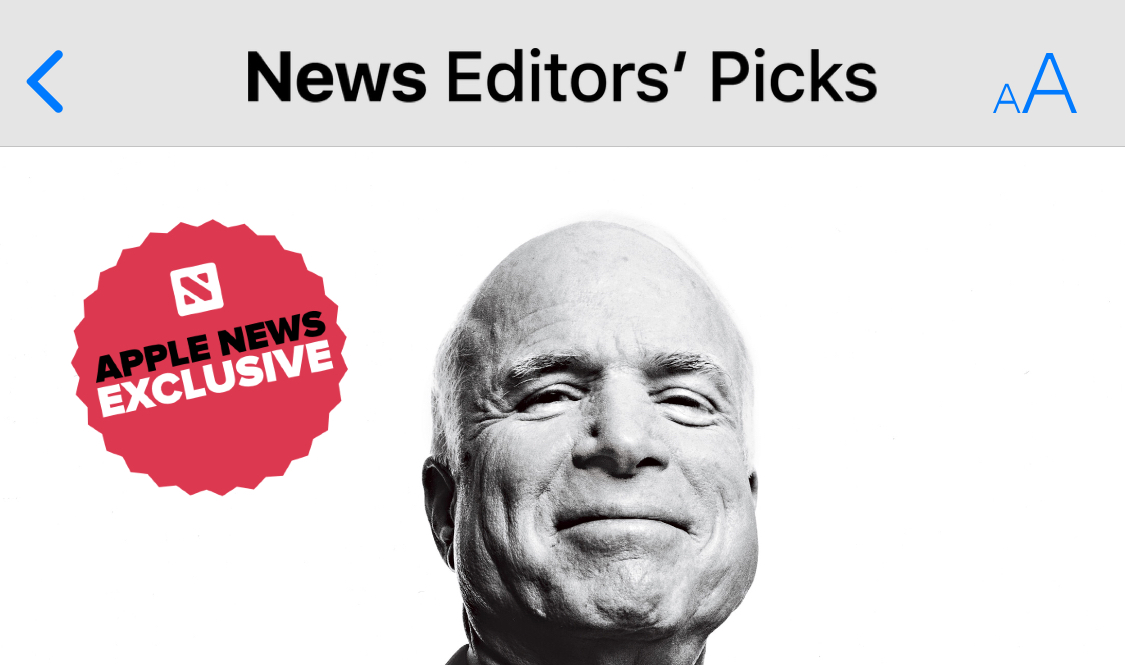 While Apple News isn’t responsible for original reporting, its editorial team has been very active in curating and highlighting content from prominent news sources — and now books — with more access to high caliber content expected.

In February, Apple News turned into a dedicated Winter Olympics news hub with medal tracking, alerts, and original graphics. And last month, Apple announced it was buying Texture, a digital magazine subscription service, which could be integrated with Apple News within a year.

For now, Apple is using its News app to feature a newsworthy book except while promoting iBooks — an app that is also rumored to have a major redesign and ‘Apple Books‘ rebranding coming in the future.

You can find today’s ‘Apple News Exclusive’ in the News Editors’ Picks channel of Apple News on iPhone, iPad, and iPod touch in the US, UK, and Australia, or with a direct link here.