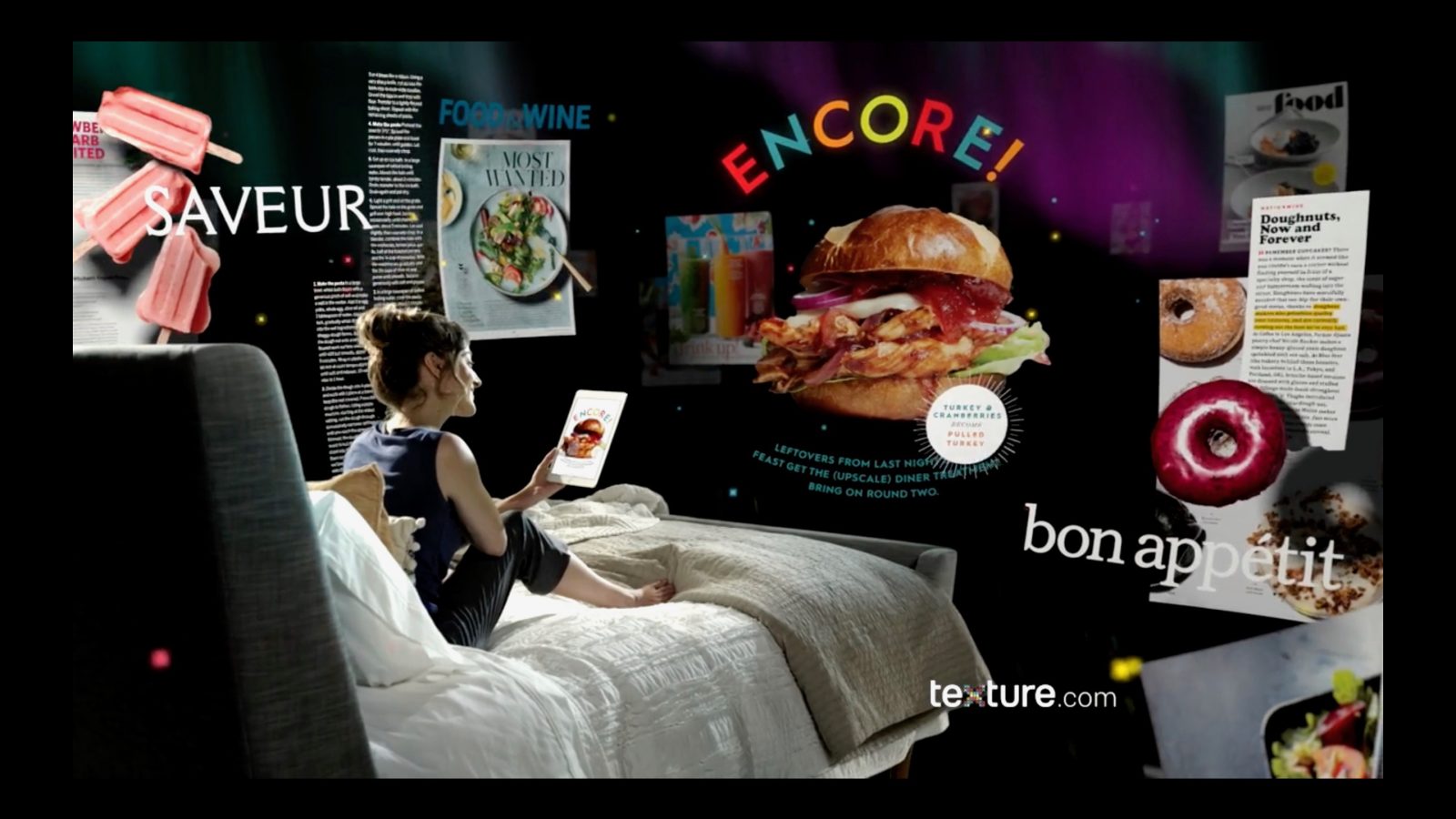 Two bits of news on Texture, the digital magazine service Apple bought in March: Texture apparently had a Windows app (not just iOS and Android apps), and that app is getting killed next month. The Verge reports that customers were notified over email and within the Windows app. Texture has also shared the news on its website:

Texture is an all-access pass to the world’s best magazines. To keep things working smoothly, older versions of the app sometimes need to be retired.  After June 30th, 2018, the Texture Windows app will no longer be available.  Your Texture subscription will continue to be available on compatible phones or tablets running iOS or Android and on Fire HD tablets along with ongoing access to all the magazines you have selected as your favorites.

The Verge suggests that the Windows client for Texture may have been on the cutting block regardless of Apple’s involvement, however, based on a lack of recent updates and notable bugs like not being able to actually download magazines.

Apple is expected to eventually roll the Texture service into a subscription version of Apple News — which is currently only available on iOS — and it hasn’t indicated what will happen to the existing Texture service on other platforms in the future.

When Apple acquired Beats Music before rolling the service into what debuted as Apple Music, Apple maintained the Android app and released Apple Music for Google’s mobile operating system but killed Beats Music for Windows Phone.

Apple isn’t totally averse to software on Windows however. Apple has long supported iTunes on Windows as well as iCloud for Windows, and late last month Apple released a special version of iTunes that’s offered through the Windows Store.

Texture, on the other hand, will soon reside only on iOS and Android (including Amazon Fire tablets) before likely getting rolled into Apple News completely.