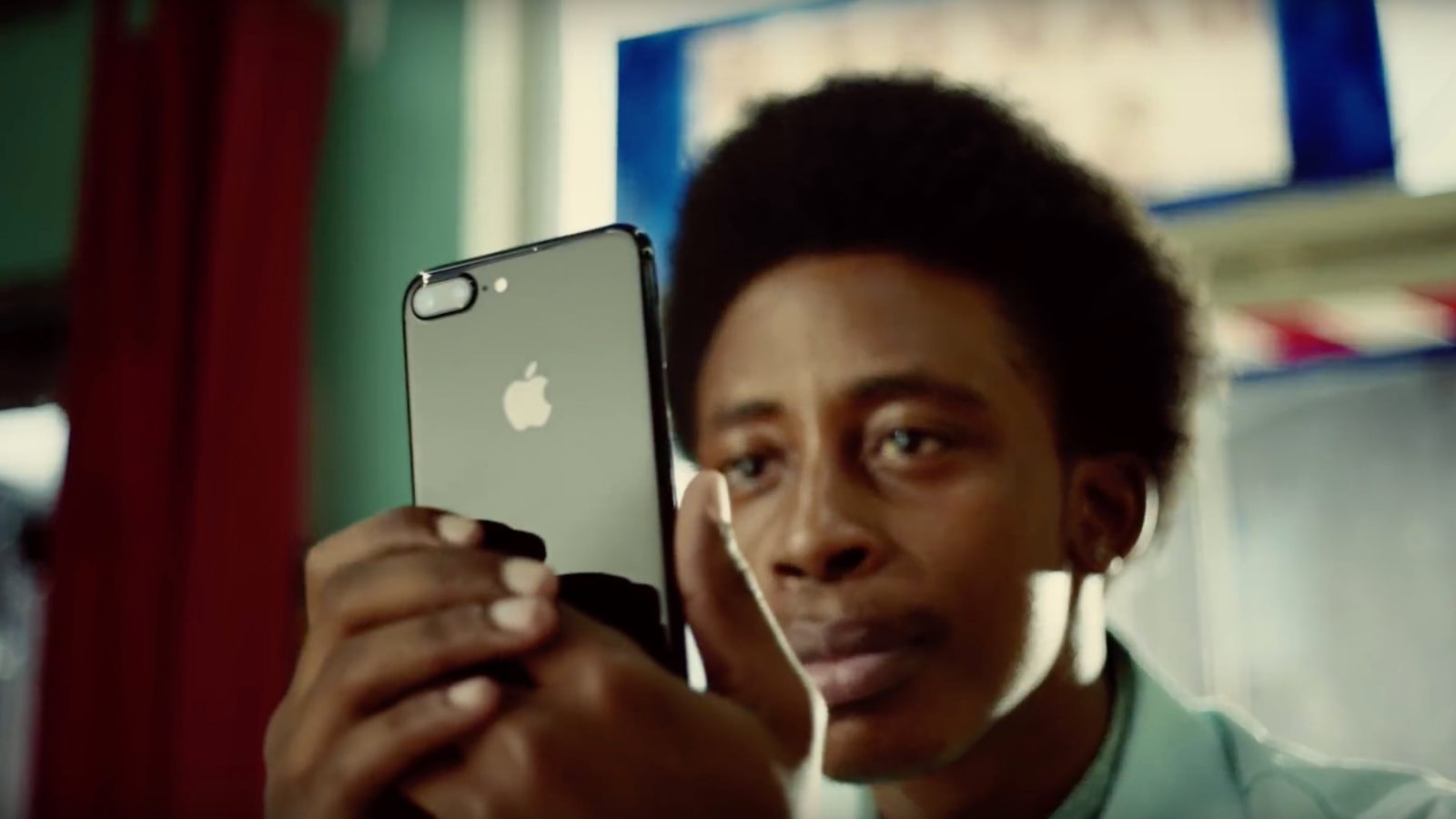 At last night’s ADC Awards in New York City, Apple was honored for their work on last May’s ‘Barbers’ ad, a 1-minute piece promoting Portrait Mode on the iPhone 7 Plus.

Each year, the ADC (Art Directors Club of New York) celebrates leaders in creative communications. The most prestigious award given is the Black Cube for Best In Show. Apple and production company Furlined not only picked up the Black Cube, but a Gold Cube award for Best In Motion And Film Craft as well. Furlined won best production company of the year, and Apple was named brand of the year. A Silver Cube award for editing and several other Merit awards rounded out Apple’s winnings.

Update: ‘Barbers’ and several other Apple ads also received awards at The One Club’s OS Awards on May 9th.

‘Barbers‘ is set in an urban barbershop, where customers are photographed with an iPhone 7 Plus in Portrait Mode after receiving their haircuts. Customer photos line the shop’s walls and windows, drawing in passersby impressed with the haircuts and (presumably) the quality of the photos.

Last fall, Apple followed up the success of ‘Barbers’ with an ad promoting Portrait Lighting on the iPhone 8 and 8 Plus called ‘Portraits of Her.’ More successful has been Apple’s Spike Jonze-directed HomePod ad, which debuted in March to critical acclaim. It’s not a stretch to imagine that the short film could be recognized at next year’s ADC Awards.

You can watch ‘Barbers’ below: