Comment: Rumors of a triple-lens iPhone in 2019 seem plausible 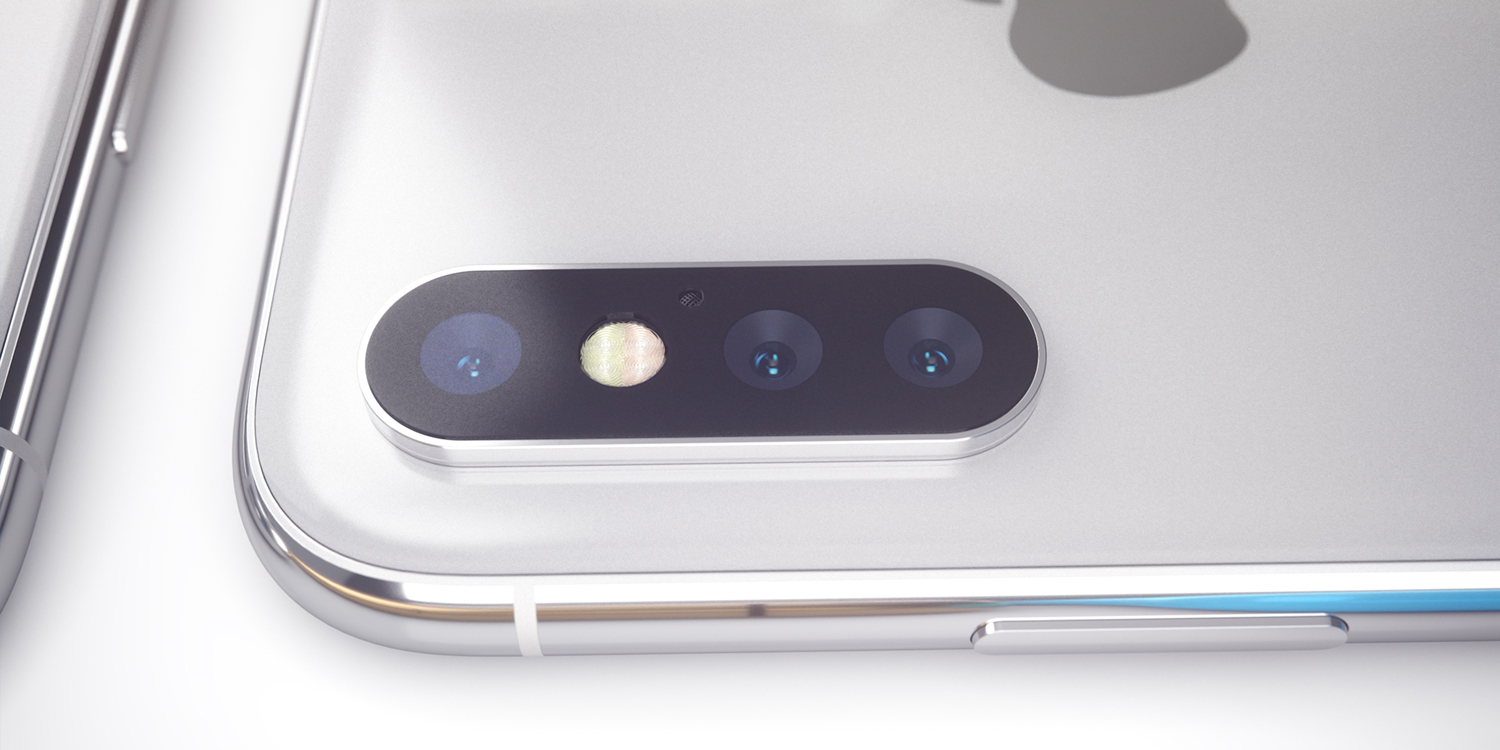 A report back in early April suggested that Apple was working on a triple-lens iPhone for release in 2019. Taiwan’s Economic Daily News reported that the third lens would provide additional zoom capability of up to 5x optical magnification.

That rumor is back, this time thanks to a Deutsche Securities analyst …

Jialin Lu echoes the earlier report of a longer focal length, but says that the third lens would also be used to provide enhanced AR capabilities.

A Bloomberg report last year suggested that Apple was planning to add a 3D sensor to at least one 2019 iPhone, which would be used to provide more accurate 3D modelling with the rear cameras.

Apple already uses twin-camera systems in a number of different ways. The headline feature is Portrait Mode, where images from both lenses are compared to create a 3D model of the scene using the parallax effect, which is then used to blur the background. But Apple can also combine images from both lenses for low-light photos. And, of course, switching between the 1x and 2x lenses gets you a choice of focal lengths without sacrificing resolution.

Triple-cameras in smartphones are already a thing, with the Huawei P20 Pro the first example. That offers a maximum 5x zoom.

One innovative dedicated camera takes the idea even further, the Light L16 offering no fewer than 16 lenses, using a combination of optical zoom and computational photography to provide a zoom range of 28-150mm in a single device. The L16 isn’t exactly smartphone-sized, but it’s still impressively compact.

While that takes things to an extreme, many commentators are suggesting that triple-lens cameras will be commonplace on smartphones within a year or two.

Of course, Apple likes to chart its own course. In particular, it tends to take a conservative approach where new technology is concerned, preferring to let other brands do the early experimentation while Apple waits until it can perfect the technology.

We saw this with fingerprint readers, where Apple was relatively late to the game, but its Touch ID sensor was significantly more advanced than other implementations. We saw it again with near-bezel-free screens, Apple waiting until it could come up with a face-recognition system that was sufficiently secure – unlike its biggest competitor.

So if reports claimed that Apple was working on a triple-lens iPhone for this year, I’d dismiss them. But it will likely be well-established tech by the time September 2019 rolls around.

We know Apple has a keen interest in AR, and three lenses means you could use the two outer ones to maximize the parallax effect even without a rear-facing 3D sensor.

We also know that Apple sees the quality of iPhone cameras as a key marketing tool, through the long-running Shot on iPhone campaign. Adding another lens would mean yet another focal-length option without losing any resolution, making for a more flexible camera and taking us one step closer to the idea of an iPhone replacing a DSLR.

I don’t think it’s a certainty that Apple will go this route, but I do see it as a strong possibility – and 2019 seems a reasonable bet for the timing if it happens at all.

Is this something you’d like to see? Please take our poll and share your thoughts in the comments.