HomePod Diary: Stereo pairing took an age, but it was worth the wait 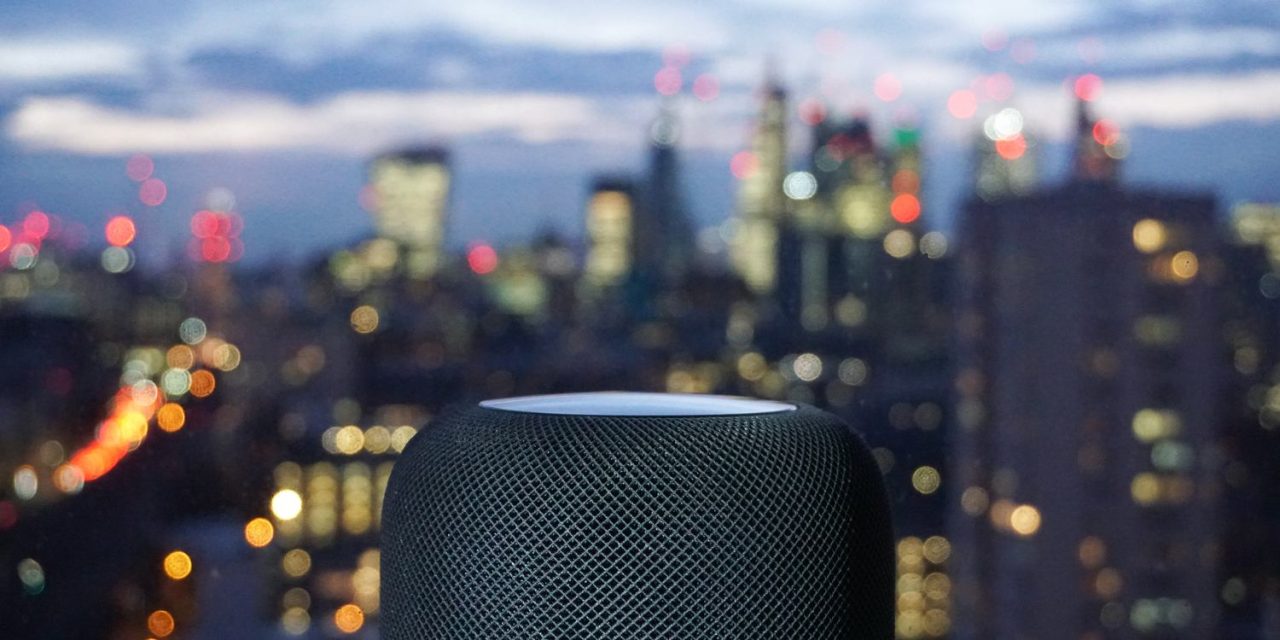 It was a frustratingly long wait for Apple to finally launch AirPlay 2, adding stereo pairing to HomePod – along with multi-room playback from an iOS device and more.

If you haven’t already updated, you’ll need to upgrade to iOS 11.4, and then update your speakers. I did that yesterday, finding it a largely painless process, through there were a couple of glitches which I’ll get to.

That done, I was finally able to find out how a pair of HomePods sound …

My first impressions of a single HomePod back in February were that it was a Sonos Play 5 killer. Indeed, one HomePod came closer than I expected to matching the performance of a pair of B&W MM-1s, which I considered a much more impressive achievement. I did subsequently replace the Play 5 in our bedroom with a second HomePod.

I didn’t consider for a moment that HomePod – singular or plural – was ever going to replace a primary HiFi system. However, three factors did lead me to go some way toward modifying that view.

First, while I drew a distinction between the ‘really good’ audio quality of the HomePod and the great sound of my B&O and Naim systems, I also drew another one. Between actively listening to a piece of music, when I want great sound quality, and casual background music, when ‘really good’ satisfies me. And I found myself reflecting on the fact that, actually, the majority of my listening these days falls into the latter category.

Second, the convenience factor where casual listening is concerned.

Third, since moving home back in November, we spend almost all our time on the glazed balcony, aka the winter garden – because that’s where we get the view which sold us the apartment. I thus put the B&O BeoLab 6000 speakers out there. It’s a relatively small space, and my partner was of the view that they were too big for the location. Usually it’s me lobbying for new gadgets, but this time it was Steph who was suggesting that a pair of HomePods might be a better bet there, with the B&O speakers moved to the living room.

I felt that, in such a small space, a pair of HomePods might well be sufficient. But that wasn’t something I was able to put to the test until yesterday. 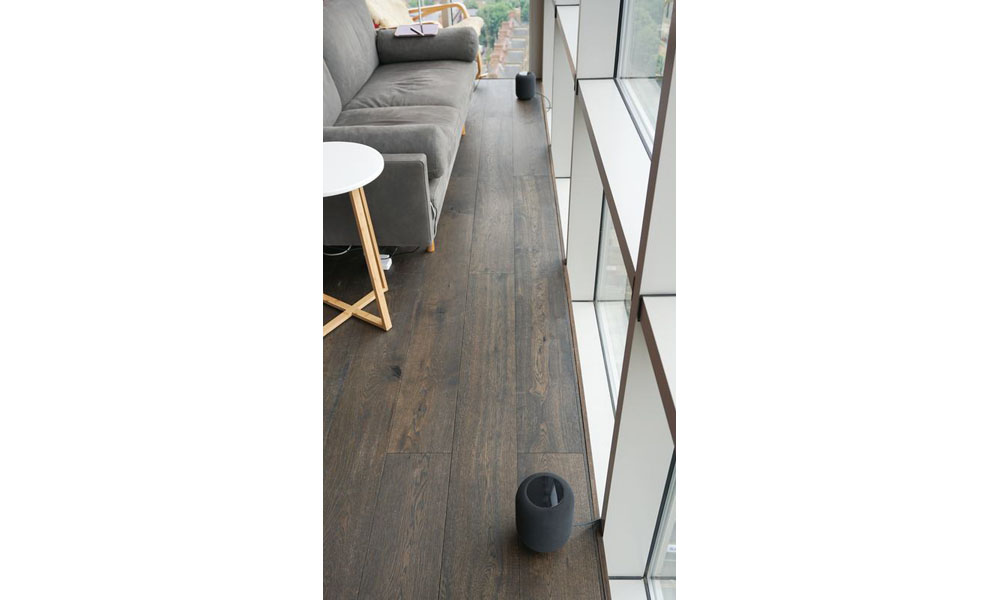 One oddity is that you have to assign the left and right channels manually. Given that most people will, I imagine, orientate the speakers so that the volume controls are the right way up, I would have thought a pair of HomePods ought to be able to figure out the channels for themselves. Play a sound through one speaker and then use the directional mics on the other one to figure out whether the sound is coming from the left or right.

It’s a minor quibble, given that it takes seconds to assign them manually, but it slightly offended my sense of technological efficiency that they required me to do it.

Then it was time for the test! And three things very quickly became apparent.

First, it was a huge relief to be back to stereo sound. I don’t mind mono sound in some rooms. In the bedroom, for example, where a speaker is at the foot of the bed, stereo would make little difference as the speakers wouldn’t be that widely spaced for the listening position. In a kitchen, too, where you’re typically moving around the room, you’d spend more time out of the stereo sweet-spot than in it.

But in a main room, stereo is a must. So getting stereo from the HomePods was the first time when I could seriously consider them as a permanent solution in the winter garden.

Second, the increased volume of a pair of HomePods was, as Rolls-Royce used to famously understate about the power of their engines, sufficient.

I think, in truth, they would be room-filling even in the living-room. In the winter garden, they pumped out more than enough volume. Indeed, my partner retreated to the living-room when I was carrying out the volume tests, despite not needing to go any higher than 80%. Maximum volume would have been bleeding-ears level.

Third, the bass performance of a pair of HomePods is very substantially better than a single one. Sure, the bass level wasn’t issuing any challenge to my BeoLab 6000s, but it was again more than good enough for casual listening. In fact, I’d say that, at everyday listening levels, the difference in bass level was detectable but not particularly important. It’s only when I’m actively listening to a thundering track at high volume that I want that chest-thumping feel from a pair of speakers. I’d say that two HomePods at maximum volume are only about 10% below chest-thumping level.

I mentioned that there were a couple of glitches with the update. For a short time after the update, the Home app was complaining that the relocated HomePod wasn’t responding. I force-quit the app and then all was fine.

Additionally, when testing AirPlay from iTunes, the paired HomePods didn’t initially show up. Quitting and restarting iTunes didn’t cure it, however that resolved itself within a couple of minutes.

As you can see above, iTunes shows individual AirPlay speakers in the main section, then stereo-paired rooms below. That feels a bit odd – once you have stereo-paired speakers, which by definition have to be in the same room, I can’t think of any circumstance where you might want to select them individually. And the iOS Music app more sensibly only offers access to them as a pair.

But that’s again a very minor complaint – and let’s face it, one additional messy aspect to iTunes isn’t going to make much difference.

One other slightly strange thing: all Siri responses come from one speaker (the left one in my case). I guess that makes sense, as it might sound weird coming from both, but it does jar slightly.

My verdict, then, is that a pair of HomePods makes a very decent speaker system consistent with the $700 investment. It’s not up there with high-end HiFi, but as someone who’s reasonably fussy about audio quality, it’s good enough that I’m going to relocate the B&O speakers to the living room and stick with these for the winter garden.

I’ll be buying a third one to replace what was the bedroom HomePod. As an aside, I think it’s worth noting that my partner – who is a lot less fussy than me about speakers, and has only recently been making significant use of Siri for HomeKit control – has been fully on board with purchasing three of them. At UK prices, that’s a total spend of £957 ($1270), which is testament to how well they sell themselves to someone who is perhaps halfway between a mass-market consumer and a techie.

If you’re using stereo-paired speakers yourself, please share your own impressions in the comments. And if you’re not yet, are you now tempted? Let us know!