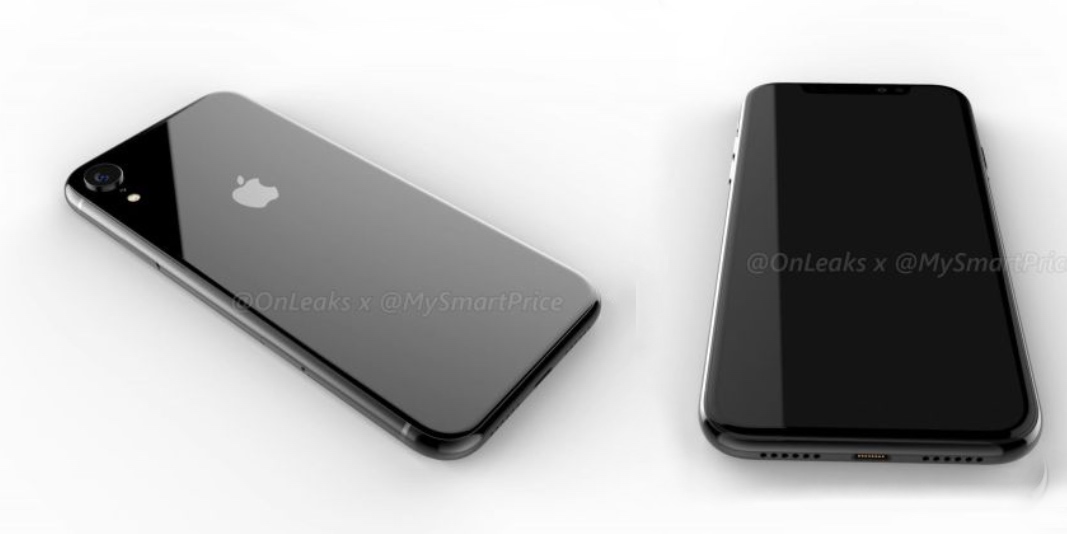 It has been well documented by the rumor mill that Apple is launching three new iPhones this year, replacing the iPhone X with an updated 5.8-inch OLED model, a brand new 6.1-inch LCD iPhone to replace the iPhone 8, and a 6.5-inch ‘iPhone X Plus’ model.

These new renders depict the 6.1-inch iPhone, which is expected to look a lot like an iPhone X in industrial design but come in at significantly lower price points. More photos after the jump …

We aren’t sure what Apple will call its 2018 iPhone lineup. It feels like it’s sort of trapped itself into a corner with the iPhone X naming … are we going to iPhone 11? And what is the distinguishing label of the entry-level LCD model?

The LCD iPhone will resemble an iPhone X closely with a notch-style screen. It may feature a bigger bottom bezel than the iPhone X as it will use an LCD panel rather than flexible OLED. Nevertheless, it will be a lot more bezel-less than the current mid-tier offerings; the forehead and chins of the iPhone 8 and iPhone 8 Plus.

The 6.1-inch iPhone will retain other flagship features like Face ID for unlock and authentication. It should also feature the same A12 chip as the other 2018 flagship iPhones.

It is expected to use a cheaper aluminum frame, rather than the iPhone X’s stainless steel band. It also will only have a single rear camera, as shown in these photos. There have been some reports that this model will also lack 3D Touch, so the screen wouldn’t be pressure sensitive.

In exchange for a less-impressive list of tech specs, the device is expected to cost around $700. This would mean it can fully replace the iPhone 8 in the lineup with better features, and modern hardware design, at the same price point. And Apple achieves a three-tier family of 2018 iPhones that have similar overall industrial designs.

It should address one of the biggest criticisms of the 2017 iPhones, that the desirable iPhone X design was simply too expensive for many customers’ wallets to swallow.

To be clear, we aren’t expecting these new iPhones next week — they will be unveiled at a special event in September. WWDC will focus mostly on software this year, with the announcement of iOS 12, macOS 10.14, watchOS 5 and tvOS 12.