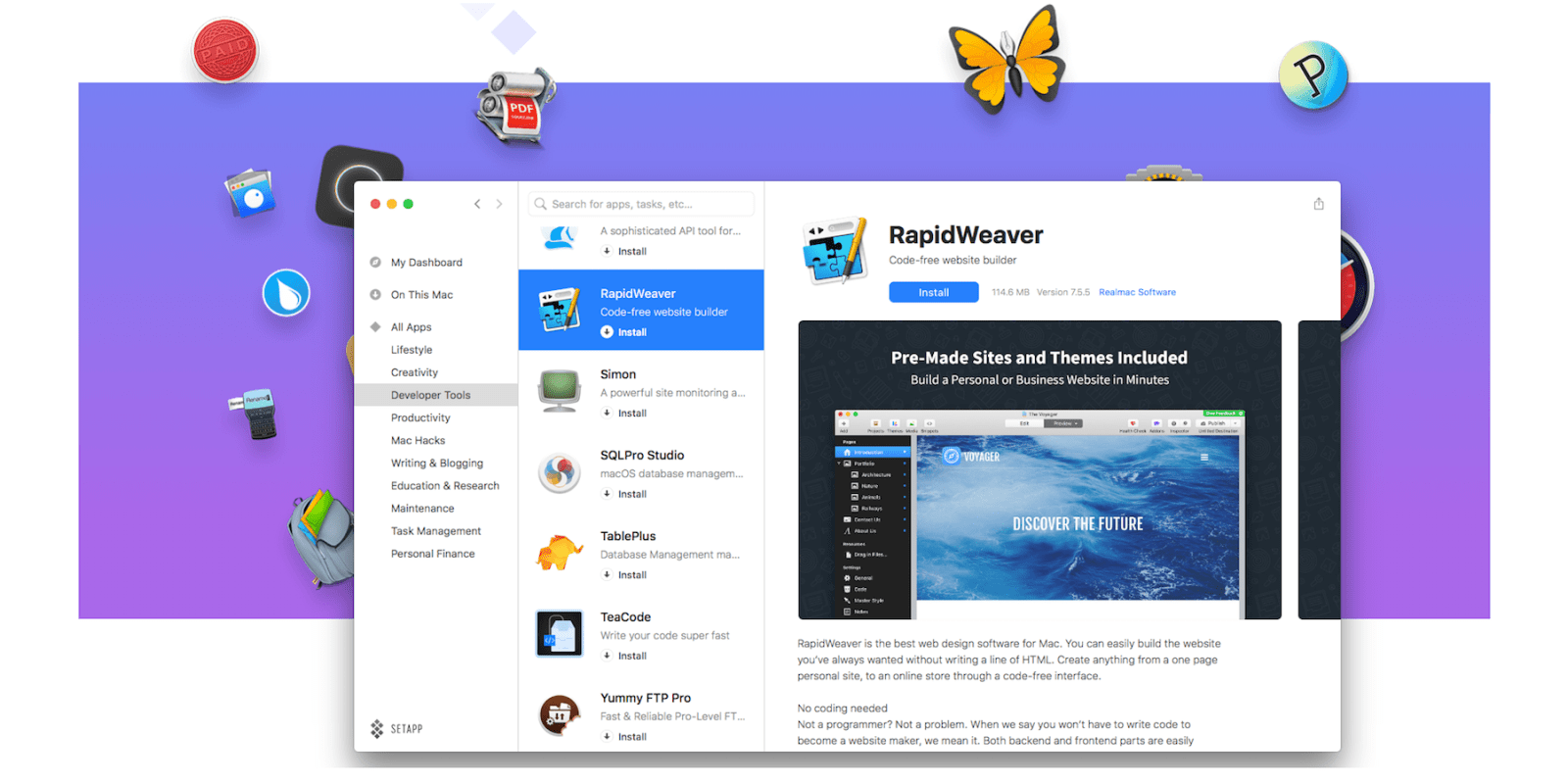 Mac app subscription service Setapp, often referred to as the “Netflix of Mac apps”, has now passed 20,000 paid users, up from the 15,000 it announced earlier this year. It has also added over 10 new apps and developers. The $9.99 per month service now provides access to a curated selection of 119 native Mac apps from over 100 developers. Here’s how it works…

It has also added over 10 new apps and developers with the $9.99 per month service now providing access to a curated selection of 119 native Mac apps from over 100 developers for a monthly price. Here’s how it works…

Once you’ve downloaded Setapp, the interface essentially acts as an App Store, users with a subscription get access to all updates as well as current and future apps. Apps that you choose to install are accessible via the macOS Finder and function the same as native apps.

The idea is that if you need a few or more of the apps on a regular basis, the monthly subscription model gets you access to everything for a fraction of the price, and also connects you with apps in just about every category you can think of.

All of the apps in Setapp are hand-selected by the developer MacPaw for inclusion, the company does this to ensure it only offers high-quality apps. It already includes a number of popular Mac apps that are normally standalone purchases or subscriptions…

You will also find “mind mapping software” Xmind for brainstorming and presentations.

Some of the notable utilities include system monitor iStat Menus, remote access software Screens and Jump Desktop, and CleanMyMac for organizing and cleaning out old files eating up space on your Mac.

Other apps include WhatsApp for Mac client ChatMate, Instagram for Mac client Flume, and password management app Secret in addition to 100 other apps in categories including writing, education, productivity, photo editing and much more.

You can try Setapp with a 7-day free trial and get full access for $9.99/month after.