Craig Federighi elaborates on bringing iOS apps to Mac, says ’some aspects of app porting will be automated’ 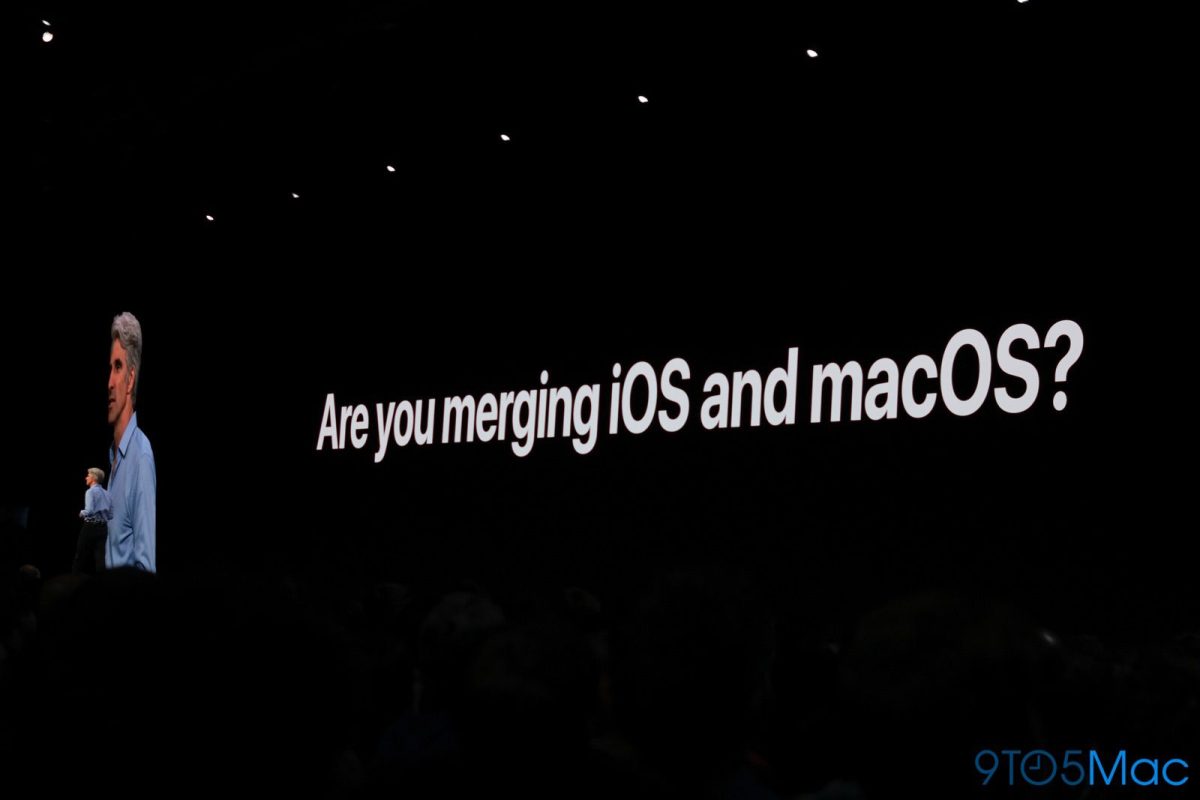 Apple’s VP of software engineering, Craig Federighi, answered the question of whether the company was working on merging iOS and macOS with a huge “No.” on stage at WWDC yesterday. However, he went on to explain that Apple is in the middle of a multi-year project to bring UIKit iOS apps to its desktop platform.

Now, Wired was able to get some more clarity from Federighi on how Apple will make this happen, including some details on what developers can expect.

The new report mentions how there’s some conflict between Apple saying it isn’t merging the two operating systems and its work on porting apps from iOS to macOS.

The point of this is not to create a single unified OS, Federighi said. But the fact that Apple spoke openly about an initiative that could arrive as late as a year from now is a clear nod to how the tech giant perceives the future of apps.

To this point, the beta version of macOS Mojave was released with four (previously) iOS only apps: Apple News, Stocks, Voice Memos, and Home. Also, the new Mac App Store was redesigned with lots of similarities to the much more vibrant iOS one.

As for what developers can expect for how much work app porting will be in the future when UIKit comes to the Mac, it sounds like a mixed bag.

For app makers, some aspects of app porting will be automated and others will require extra coding. Using Xcode, Apple’s app-making software that runs on Macs, a developer will be able to indicate they want to write a variant of their iOS app for macOS. Certain interaction UIs will happen automatically, like turning a long press on iOS into a two-finger click on a Mac. App makers may have to do some extra coding, though, around things like menus and sidebars in apps, such as making a Mac app sidebar translucent or making share buttons a part of the toolbar.

Federighi stressed to Wired that even with these changes, Macs and iOS devices are still very unique.

While the software VP talked a bit about how not all iOS apps will be a good fit to port, he mentioned the mega-popular Fortnite as a good example.

He also said he could picture certain websites like IMDB, Yelp, or DirectTV having native desktop Mac apps.

When asked about how different chip architectures could affect iOS apps running on macOS, Federighi said that it wouldn’t be a big deal.

“At this level, not so much,” he said. “In a lot of our core APIs, things like Metal, we’ve done the hard work over the years of making them run well on both Mac and its associated CPUs and GPUs, and on iOS.”

Naturally, Wired’s Lauren Goode asked about the possibility of touchscreen Macs in the future. Federighi reiterated Apple’s stance that they aren’t a good fit for laptops and desktops.

“We really feel that the ergonomics of using a Mac are that your hands are rested on a surface, and that lifting your arm up to poke a screen is a pretty fatiguing thing to do,” he said.

Additionally, he shared that Apple hasn’t seen any competitors bring anything “compelling” to market.

I don’t think we’ve looked at any of the other guys to date and said, how fast can we get there?

Another topic of concern for developers will be what UIKit for Mac and bringing over iOS apps will mean for revenue. If a dev is used to offering their app on the web and keeping all of the proceeds, will they want to share that with Apple in the case of porting apps to macOS?

Will developers have the same level of control if they’re creating a macOS app from an iOS app?

Federighi insisted that how an app is distributed and how much it costs will still be up to the developer.

There are of course many more details that Apple has yet to share. After prodding for an idea of when to expect Apple to make these new tools available, but it sounds like it could at next year’s WWDC.

But when I asked if it would be reasonable to think that this is something we’d hear more about in a year–at WWDC 2019–he replied with: “That would be a reasonable thing to think.”