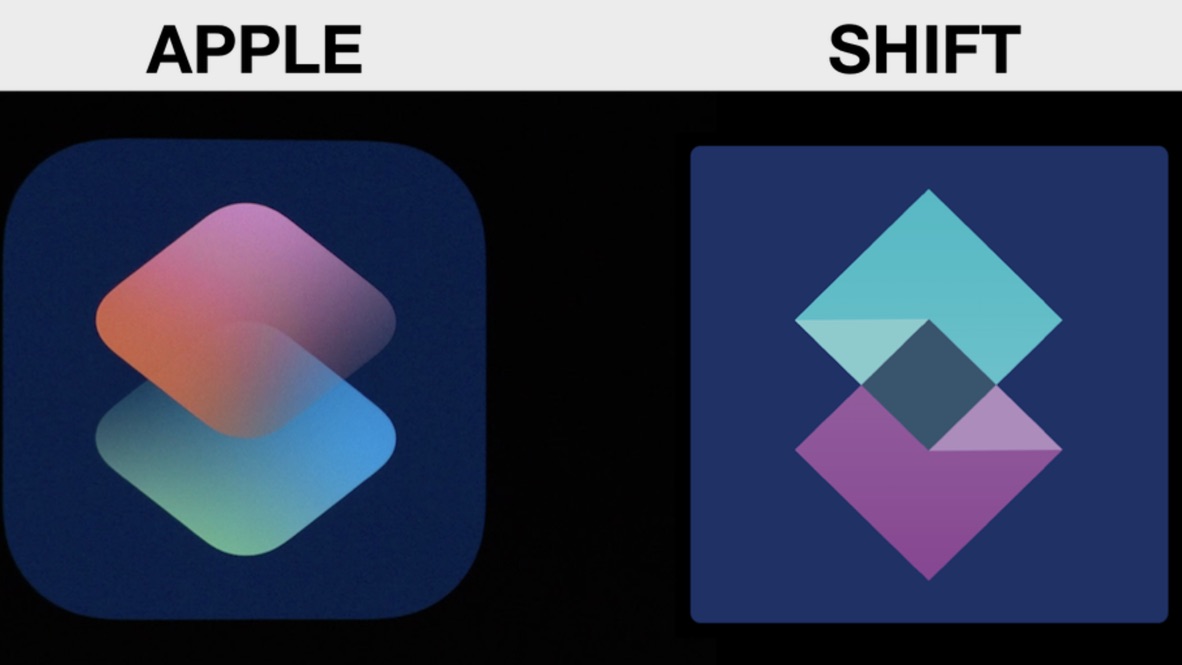 On Monday, Apple introduced its new Siri Shortcuts application in iOS 12 that it says will allow users to automate some of their most common tasks. Now, the company is being sued over allegedly stealing the icon used for Siri Shortcuts…

The lawsuit claims that Apple copied the logo of a small tech company called Shift, which uses blockchain technology to create websites. Shift says that Apple’s Siri Shortcuts logo carries a striking similarity to its own icon.

Shift is asking that Apple “Stop infringing on our intellectual property” or pay $200,000, which it says will cover the cost to “rebrand using a world-renowned design firm.” The company takes issue with Apple copying its logo despite it being such a “design oriented” company:

A Shift spokesperson said: “It’s mind-blowing that Apple, the firm with the biggest cash pile in history, the firm that is so design oriented, had to copy our logo.”

Shift says Apple’s new Siri Shortcuts logo is causing “confusion in the marketplace,” while its legal representative says customers have come to associate the logo with the Shift brand (via The Sun):

“Our client has spent and continues to spend substantial time and effort in advertising, and promoting its mark as the source of its downloadable application,” Shift’s legal representative wrote.

As you can see in the above image, the two logos seemingly carry very few similarities, so it’s highly unlikely this lawsuit amounts to anything more than a publicity stunt for Shift (bet you didn’t know anything about them until this story, right?).

Nevertheless, Shift says it is “hopeful” it will receive a payment from Apple because the company is such a “do-right-by-the-community-brand.”