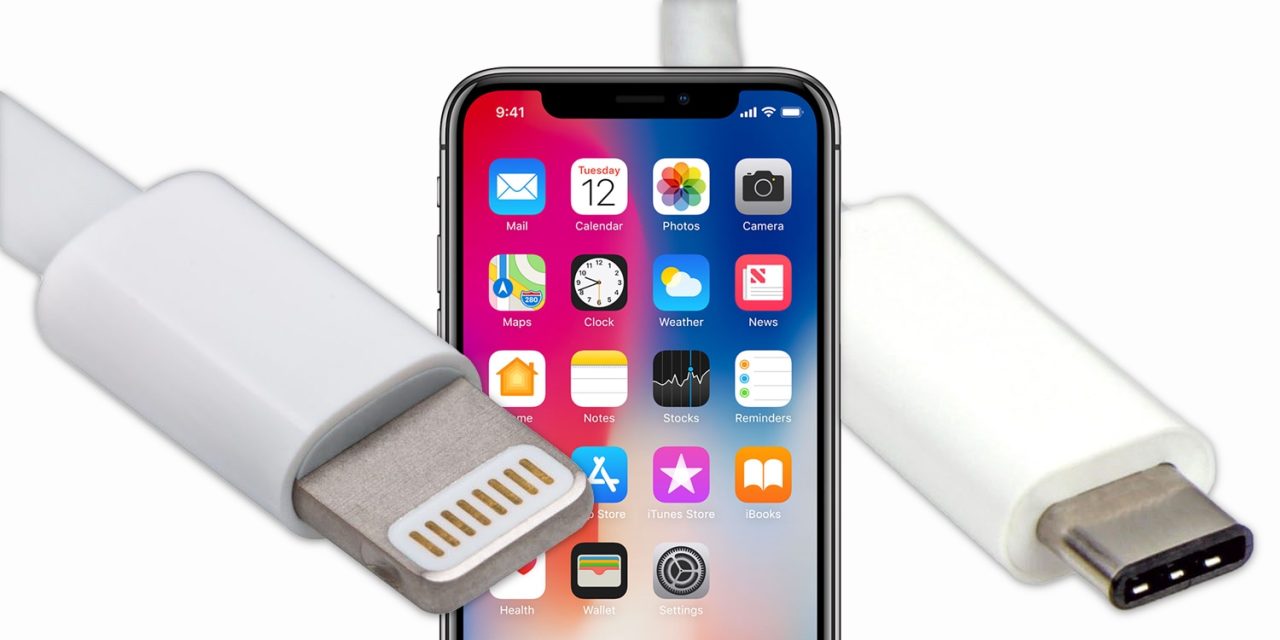 Apple is expected to transition its iOS devices to USB-C connectivity later this year, by shipping a Lightning -> USB-C cable and a new 18W charger, previously rendered here. This will move new iPhone buyers over to using USB-C for charging with a cable. It will also mean that customers can take advantage of Type-C fast charging without needing to buy additional accessories.

Next year, Digitimes reports that Apple will add USB-C ports to the iPhone itself. This would be a major shift for the product line and would presumably be the beginning of the end for Apple’s proprietary Lightning connector.

The iPhone in 2007 inherited the iPod’s 30-pin dock connector, and Apple kept the port through 2012. With iPhone 5 in 2012, Apple switched to the Lightning connector. This was controversial at the time as it made a large ecosystem of docks and accessories incompatible with modern iOS devices. A shift to USB-C in 2019 would mean Lightning had a seven-year life span as the primary mechanism for charging Apple’s mobile devices.

The move to Lightning was the starting point for the Apple-devices-need-dongles-for-everything meme; the Apple 30-pin to Lightning dongle was sold separately for $30. However, replacing Lightning with USB-C is likely to be a lot less tumultuous. The sheer number of accessories that depend on the Lightning port is far smaller than the 30 pin’s heyday, as the industry as a whole has adopted wireless connectivity like Bluetooth. USB-C is also an industry standard, which means there is already a wide ecosystem of cables and accessories available. The latest round of iPhones support wireless inductive charging, another reason why there is less dependence on the physical connector. Apple will sell its own wireless charging solution whenever it manages to release AirPower too.

Apple itself has gone all-in on USB-C for its Mac computers, so there’s a symbiotic harmony in dropping Lightning in favour of USB-C. There is big potential for USB-C on iPad too, enabling it to become more of a fully-fledged PC replacement. Ben Lovejoy wrote up his opinions on why Apple should switch to USB-C a few weeks ago.

As always, it’s worth highlighting the disclaimer that Digitimes accuracy is spotty, however it does sort of make sense that Apple would slowly move away from Lightning by introducing new USB-C chargers in 2018 before making hardware changes a generation later. As well as pollinating the user base with millions of USB-C cables in advance, it also provides near-term benefits for 2018 customers by enabling fast-charging. iPhone 8 and iPhone X support Type-C fast charging through the port, but do not bundle the necessary charge bricks to take advantage of it.

To recap the 2018 iPhone rumors, Apple is expected to debut three new iPhone models — all resembling the iPhone X in general appearance with slim bezels and a notch area housing Face ID sensors and front camera. There will be a direct successor to the iPhone X with a 5.8-inch OLED screen, likely sporting upgraded internals and a better camera. There will also be a larger iPhone X Plus device, which will feature a ~6.5-inch OLED display into the same physical chassis size as the current iPhone 8 Plus. An ‘entry-level’ 6.1-inch LCD iPhone is also expected to replace the current iPhone 8 in the lineup, offering the iPhone X’s modern design language at a $700 price point, although compromising on screen quality, and other areas like using aluminium instead of steel for the sides of the device’s frame.

All three of these 2018 iPhone models will be bundled with an 18W USB-C charger so customers can charge their devices at maximum speed without having to buy additional accessories. The new 18W charger is also expected to be bundled with the forthcoming iPad hardware refresh.