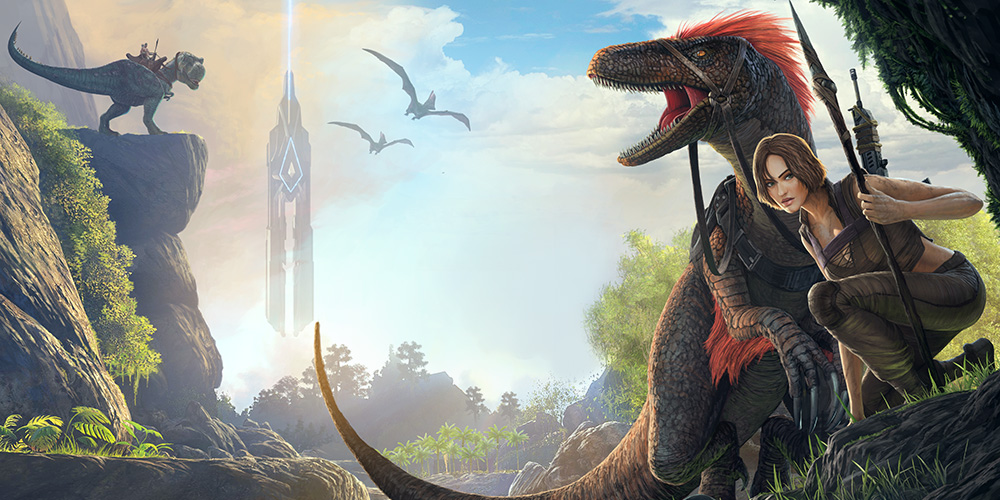 It’s legitimately incredible what developers have been able to create when it comes to games for mobile platforms. Today, hit PC/console game ARK Survival Evolved has arrived on iOS, and it’s free to play.

In case you’re not familiar with ARK: Survival Evolved, the game launched in early access on PC years ago, and recently expanded to consoles as well. Now, the studio behind the game has brought the same experience to mobile, offering all of the building, crafting, and dinosaur taming from the original. It even features online multiplayer, including cross-play with iOS so you can form a “tribe” with your friends.

Based on the genre-defining adventure from PC and consoles, ARK: Survival Evolved challenges you to survive and thrive on a mysterious island, where you start out alone and unarmed. Gather resources and craft tools to build shelter and hunt. Expand your domain while capturing and taming dinosaurs to do your bidding. Make new friends online, form tribes, and build mighty structures to defend against man and mega-predators alike!

As a game that comes from a PC/console counterpart, it’s a pretty demanding title. On iOS, you’ll need to be running a pretty recent device to get a good experience. ARK is available for the following devices:

ARK: Survival Evolved is free to play on mobile devices, but the $60 price tag from other platforms is being replaced with in-app purchases. In-game currency purchases run as high as $9.99, and the yearly “Primal Pass” costs $34.99. If you buy that, you’ll get access to better servers and slots on free servers. If you want to give it a shot, though, the game is free to download right now on the App Store.

Gainesville, FL – June 14, 2018 – War Drum Studios, along with franchise creators Studio Wildcard, announced today that ARK: Survival Evolved has launched on the App Store and Google Play. ARK puts the same action found in the popular open-world dinosaur survival game loved by millions in the palm of your hands, where players fight for every breath amongst the most ferocious creatures to ever walk the earth!

In this on-the-go experience featuring real-time crossplay between iOS and Android gamers, survivors will tame one of 80 amazing dinosaurs and other prehistoric beasts! Fly a Pterodactyl squadron over the snow-capped mountains, race through the deep jungle with your pack of trained Raptors, tromp through a fortified enemy base along a convoy of gigantic Brontosaurus, or chase down prey on the back of a raging T-Rex. Players will quickly learn that dinosaurs aren’t the only dangerous creatures on the island. Other players are organizing rebel tribes to accumulate resources, experience, and tools, and to construct sprawling villages and cities, with technology spanning the primitive stone-age to the modern electric-powered era and beyond.

● 80+ Dinosaurs: Use cunning strategy and tactics to tame, train, ride and breed the many dinosaurs and other primeval creatures roaming the dynamic, persistent ecosystems across land, sea, air, and even underground.

● Discover: Unearth rare blueprints and Explorer Notes written by previous human denizens of the ARK from across the millennia, detailing the mysterious island’s creatures and backstory.

● Play Alone or Team Up to Survive: Team up with, or prey on, up to 60 other players in a large-scale, multiplayer online first-person environment, or choose single player mode to test your mettle against the dinos alone.