Apple Maps has been down for hours, users unable to search for places or get directions [U] 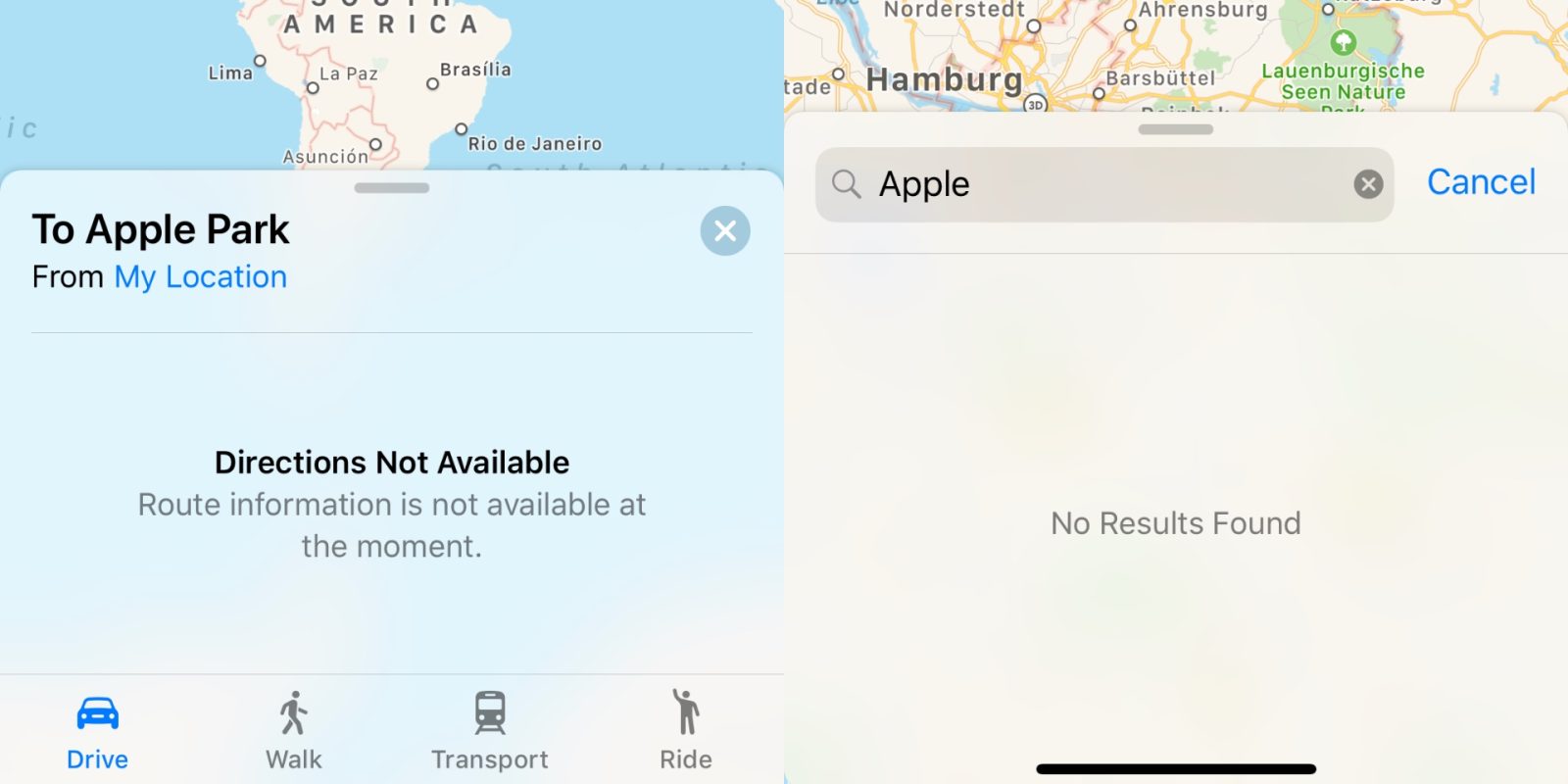 Apple Maps has been down for many hours today, causing mayhem for customers seemingly worldwide. Whilst Apple’s system status reports no issues, users across Twitter and Apple Support forums are finding that is currently impossible to search for locations or get directions. The map tiles appear to be loading normally, but points of interest and critical functions of the app are simply not working.

Update: Apple has now confirmed the issue on its support site, noting that ‘all users are affected’ by maps navigation and search issues.

The problem is affecting Apple Maps users across all platforms, including Apple Watch and CarPlay where alternative maps services are currently not supported (Apple is adding third-party navigation integration for CarPlay with iOS 12 in the fall). Simple searches like finding Apple Stores in the US show a loading indicator for about thirty seconds before timing out with a ‘No Results Found’ error.

Apple Maps still hasn’t shed the community opinion that it is inferior to Google Maps, even thought it has improved significantly since the initial blunder of launching it too early back in 2012 with iOS 6. Downtime like this certainly doesn’t help matters.

The problem should be fixed server-side soon. Until then, you can download an alternative maps app from the App Store like Google Maps or Waze. 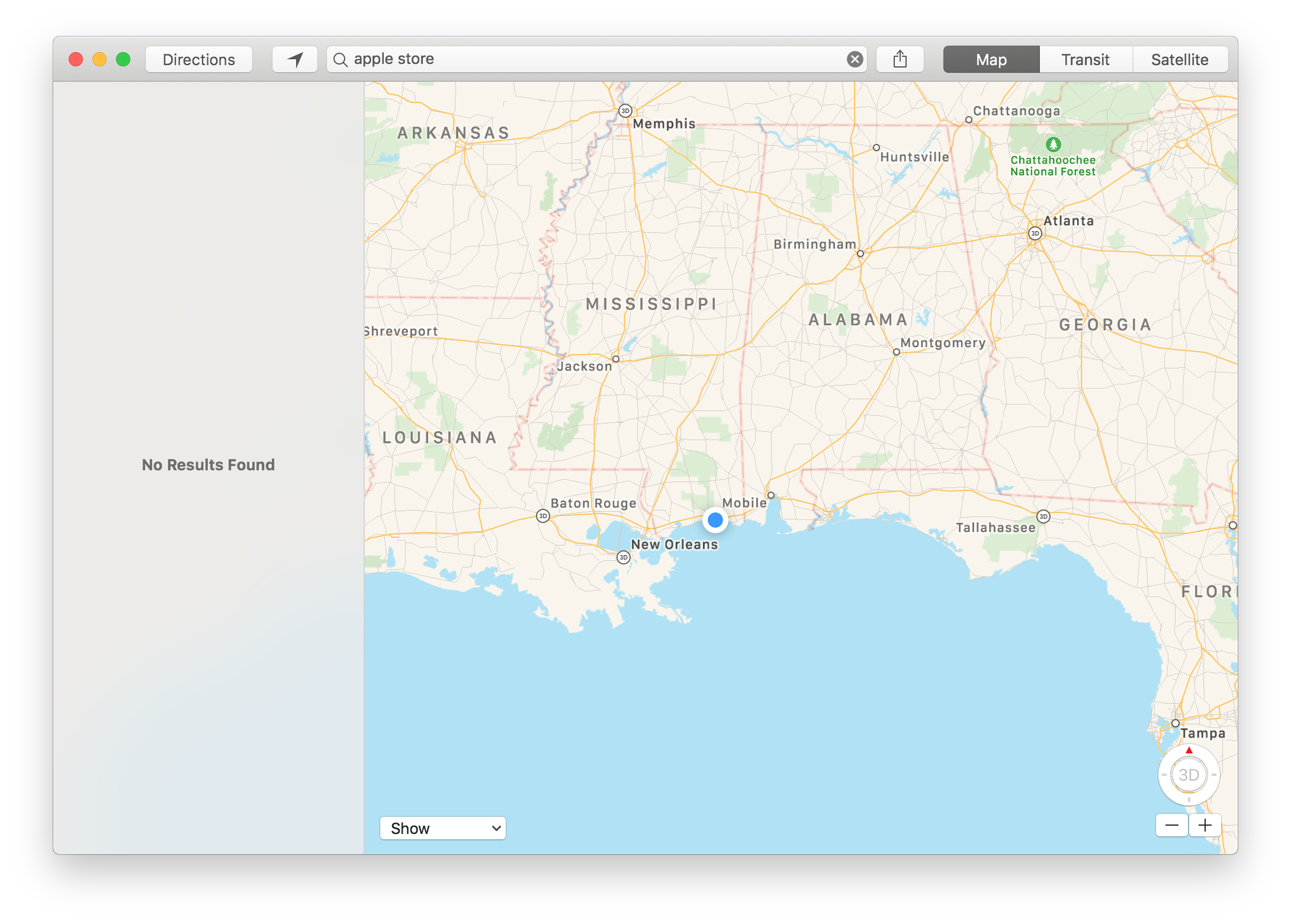 Other apps that depend on Maps services are also falling down from the outage. For example, local weather in the Weather app is also not refreshing.

Apple’s system status page is meant to be a dashboard of service availability for Apple’s various cloud offerings. However, it is always slow in updating to report issues. The same is true today, with all four maps features currently reporting normal service despite the ongoing problems. Apple typically updates the status page hours later, often after the problem has already been resolved.