It’s not uncommon to find new Apple Watch models on iOS since the devices are still dependent on an iPhone, which has to know about the new models to communicate with them.

The new Apple Watch identifiers found are Watch4,1, Watch4,2, Watch4,3 and Watch4,4. Those numbers match the existing variants of the Apple Watch Series 3, which are Watch3,1 through 3,4. There are also references to the model numbers corresponding to the new devices, which include MTUD2, MTUK2, MTX92 and many others.

We couldn’t find other references to the new watches in the software and the references found don’t give us any hint about their characteristics, but we’ll keep this post updated if we find anything else about them. 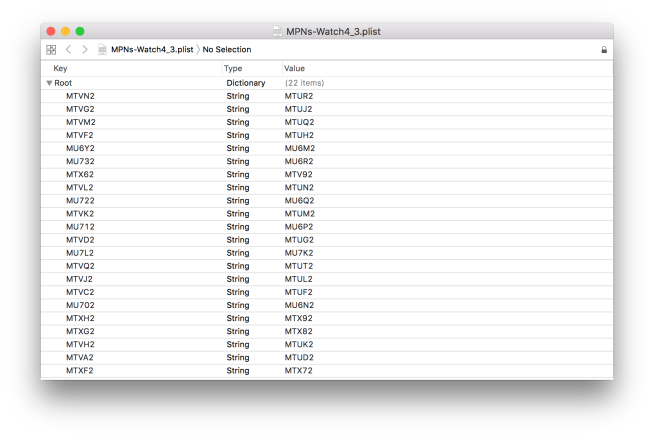