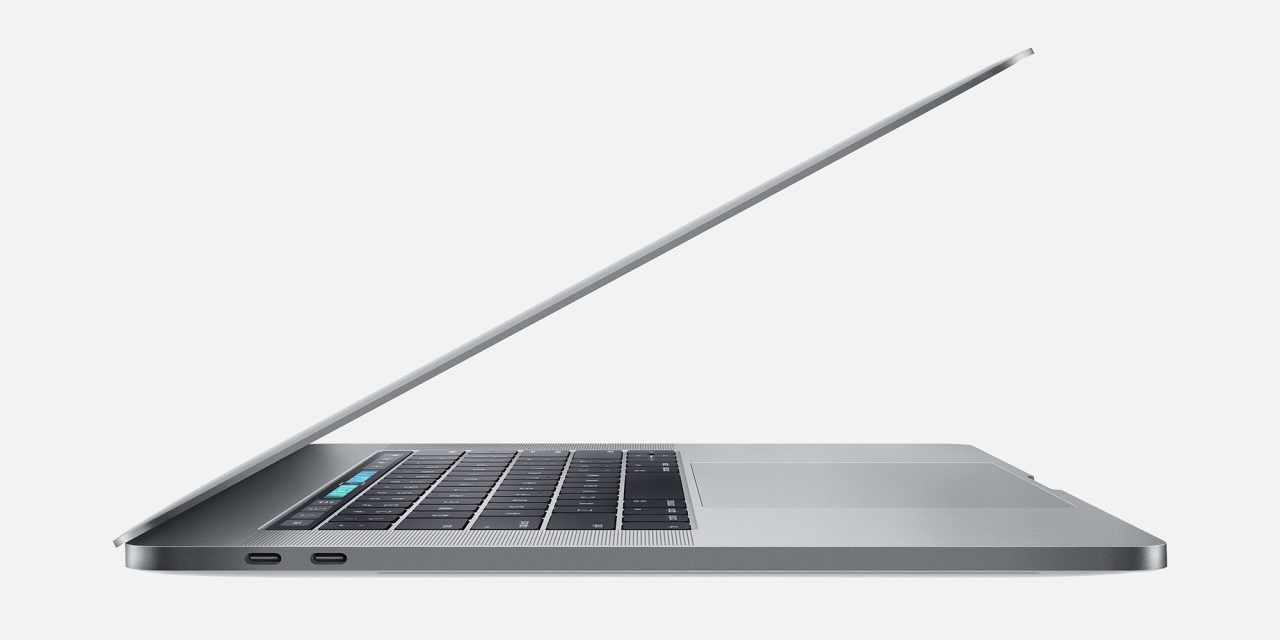 A Geekbench benchmark has surfaced that appears to reveal an upcoming MacBook Pro revamp. Note that Geekbench scores can be fabricated relatively easily, so this isn’t confirmation of an imminent revamp — but it’s certainly fuel on the fire.

The new MacBookPro15,2 model features an Intel Core i7-8559U Coffee Lake CPU. This CPU runs up to 28W and is yet to ship in any product, so it would represent a modern update to Apple’s MacBook Pro line. The quad-core CPU has a 2.7GHz base frequency and can turbo up to 4.5GHz …

A refresh to Apple’s laptop line is generally expected by the end of the year, including a new MacBook Air replacement product with a 13-inch Retina display.

Updates to the MacBook Pro are definitely due, but we haven’t really heard much from the rumor mill on what to expect.

If legitimate, this benchmark hints at a solid CPU upgrade. Intel specifications note this model comes with 8 MB L3 cache and Iris Plus integrated graphics.

The benchmark suggests Apple is sticking with LPDDR3 RAM, which again means the possibility for 32GB of RAM upgrade option is unlikely. Indeed, this benchmarked model reports 16GB of onboard RAM. 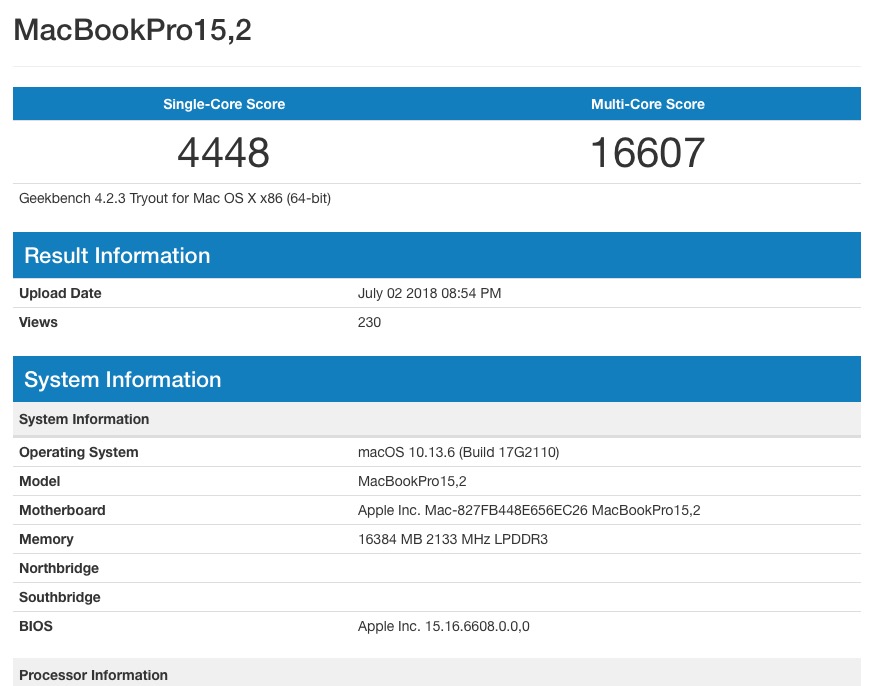 Interestingly, this machine is running macOS 10.13.6, the OS point update currently being seeded to developers. The benchmark says it is macOS 10.13.6 build 17G2110, which is around the same build number as the beta 5 released to developers yesterday. Notably, this is High Sierra, not Mojave. This could indicate that Apple is planning to release the new MacBooks earlier than the Mojave public release (expected to be late September).

Even if the product lands in September, this very well could be the first laptop brought to market that includes the new Intel chip. We’ll have to wait for some more fuel on the fire though before getting too over-excited ….