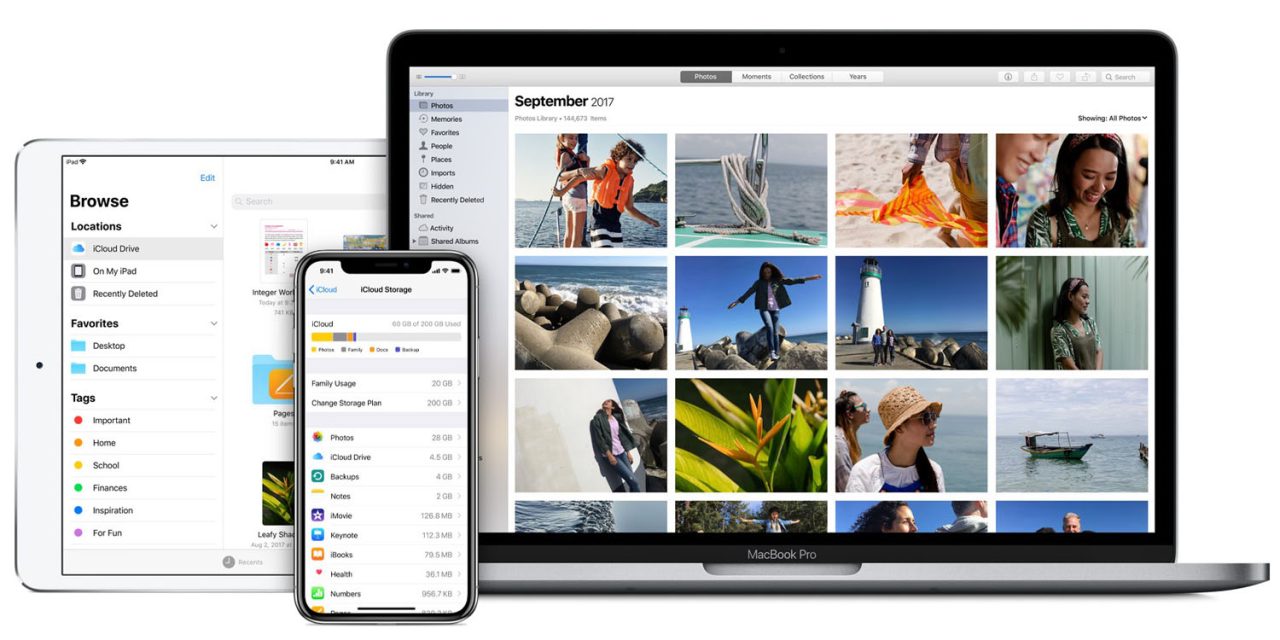 My colleague Bradley Chambers recently wrote that his single biggest disappointment with WWDC was that Apple made no move to announce an upgrade to the 5GB free iCloud tier.

One of our readers, Sahil Malik, made a wry comment on the $6,699 maximum cost of the new MacBook Pro:

I hope it still includes the free 5gb iCloud thing.

As his comment implies, the 5GB free tier is now nothing less than an embarrassment …

An embarrassment because, as Bradley wrote, it looks hopelessly out of touch with today’s world. No increase in the free tier in seven years, while storage costs have plummeted, makes Apple look like it hasn’t noticed.

An embarrassment because 5GB isn’t even enough to back up an iPhone once you start filling it with content like photos and videos.

An embarrassment because you get exactly one quota of 5GB even if you’ve bought dozens of Apple devices over the years. Even if you just spent thousands of dollars on a shiny new MacBook Pro. Immediately forcing people to spend more on upgrading their iCloud account feels like nickel-and-diming customers.

So one thing Apple needs to do is address this. There are a few different ways it could do it …

First, just increase the 5GB limit to a more realistic level. That incurs costs, of course, and the ideal from the customer perspective would be for Apple to sacrifice a minuscule portion of its enviable margins to fund this.

But even if Apple slightly increased product costs to recoup it, that would still look better than the present situation of charging a customer $1000 for an iPhone and then popping up a message to tell them that, oops, it can’t be backed up.

Second, at least provide a quota per product purchased. Let’s say 5GB for an Apple Watch, 10GB for an iPhone, 20GB for an iPad, 50GB for a Mac. This should be cumulative, so by the time an iPhone owner has bought their fifth iPhone, they’re on 50GB. Call it a loyalty bonus.

Third, if Apple really feels itself unable to eat that cost, or think of it as a marketing investment, then offer a sensible level of storage free for the first year – with customers invited to renew at present prices at the end of the year. That way, you wouldn’t have people unable to back up their iPhone within weeks or months of buying it. That’s really the absolute least Apple should be offering.

But the paucity of the free storage tier isn’t the only embarrassing thing about iCloud. The second is security. For a company which not only prides itself on privacy, but uses it as a key marketing issue, it’s ridiculous that iCloud still doesn’t employ end-to-end encryption.

Sure, iCloud data is encrypted – but not end-to-end. Apple holds the keys to all the customer data stored on its servers, and these days that’s a massive amount of personal data. It’s emails, notes, photos, videos, presentations, spreadsheets … you name it.

It’s the mushy email you sent to your partner. It’s the racy photo someone took to send to their spouse serving overseas. It’s the pitch slides for the million-dollar idea of a startup. It’s your household accounts. It’s the video of all the valuables in someone’s home they made for their insurance company. It’s data, in short, that should be properly protected at every stage, from creation to backup.

This isn’t because I don’t trust Apple. I’m sure the company has robust security procedures designed to strictly limit who has access to accounts, and under what circumstances. But anything short of end-to-end encryption potentially leaves a server vulnerable to a hack, and it also leaves Apple open to accusations that the Chinese government could gain access on demand to its citizens’ data. End-to-end encryption removes both risks.

The third improvement I’d like to see is absolute transparency and choice about what is and isn’t stored on iCloud – especially on the Mac.

I’ve written before about the fact that I, despite being all-in on Apple hardware, use Dropbox as my primary form of cloud storage. That’s partly because I’ve found it faster to update (an issue that has improved of late), but also because it gives me total control.

I’ve also written before about the mess that resulted from Apple’s non-transparent approach to iCloud storage. Ok, Apple subsequently fixed it, but the company’s philosophy remains that Apple should do everything silently in the background, and the user shouldn’t have to worry their pretty little head about it.

That’s a fine philosophy in a perfect world, where we all have always-on, high-speed Internet access, and our files are seamlessly moved back-and-forth between our SSD and the cloud, and at worst we wait a few seconds for a document to download. But that is very far from the reality yet for most of us.

Dropbox makes it trivial for me to implement this level of control; iCloud doesn’t. (Though my criticism of iCloud for not using end-to-end encryption applies to Dropbox too.)

So that’s what I think Apple needs to do to fix iCloud:

Do you agree? Do you think iCloud is fine as it is? Or do you think Apple should do something else? As ever, please let us know your thoughts in the comments.